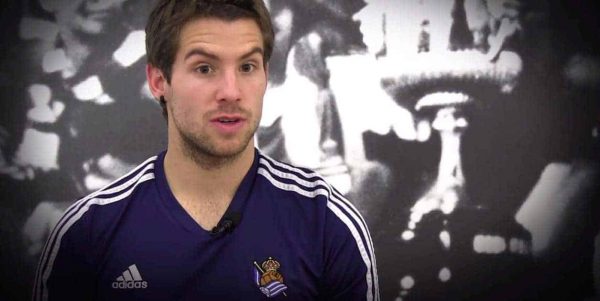 As the end of the 2014/15 season draws ever closer, we take a look at the latest transfer rumours affecting Liverpool in the last few days.

Silly season is beginning to hot up more and more by the day, with the madness of the summer transfer window producing endless rumours.

It has become increasingly clear how much Liverpool need to strengthen their squad this summer, if they harbour any ambitions of challenging at the top of the Premier League next season.

There are numerous areas of the pitch that need strengthening, while several Reds players are seemingly heading towards the Anfield exit door.

Here are some of the latest transfer rumours surrounding the Reds in the last 48 hours:

The 28-year-old has enjoyed an impressive season with the Rossoneri, scoring 16 times in 33 appearances from his wide role. That includes this outrageous effort against Parma back in September.

Menez has always been seen as something of a rough diamond, with bags of ability but a questionable attitude. His time at Paris Saint-Germain did not go as planned.

The talented France international would certainly be an interest purchase by the Reds though, and could prove to be an inspired piece of business.

Menez was part of a highly-rated group of French players called ‘Generation 1987’ growing up, due to their year of birth, which also included Karim Benzema, Samir Nasri and Hatem Ben Arfa.

Having reportedly had Liverpool scouts watching him during Real Sociedad’s clash with Barcelona at Camp Nou on Saturday, Spanish publication Marca now claim the Reds have had a €20m bid for Inigo Martinez rejected.

The 23-year-old centre-back is one of the hottest young properties in Spanish football, and Brendan Rodgers is clearly keen to bolster his defence this summer.

It is believed that Martinez has a £27.1m release clause in his Sociedad contract, but whether he is worth quite that much has to be seen as debatable.

The one-time capped Spain international is clearly a talent, and has had a terrific season for David Moyes’ side, but can the Reds really justify spending somewhere in the region of £20m on a still relatively unproven player?

Despite looking as though James Milner joining Liverpool was a dead cert this summer, former Arsenal forward Alan Smith has claimed the Gunners are leading the race to sign the Englishman.

The 29-year-old’s time at Man City is about to come to an end, with his contract expiring this summer, and Liverpool have seemingly been in pole position to acquire his signature on a free transfer.

The potential lure of Champions League football looks as though it may have swayed Milner to move to north London, however.

While there will some Liverpool fans not exactly heartbroken to hear that Milner may not be joining, he would have been a decent signing on a free – and may still be if Smith turns out to be incorrect.

According to reliable Paul Joyce of the Express, Liverpool are in contract extension talks with highly-rated youngster Jerome Sinclair.

The 18-year-old made his Premier League debut for the Reds against Chelsea on Sunday, and is seen as one of the most exciting youngsters at the club.

Joyce reports that Sinclair may well spend next season on loan in the Championship, quite possibly at Burnley because of Rodgers’ relationship with their manager Sean Dyche.

With Raheem Sterling looking more and more as though he may be set for an Anfield exit this summer, it is vital that Liverpool hold on to other star youngsters. Sinclair and Jordon Ibe are top of the pile in that respect.

It’s fair to say that Fabio Borini has become surplus to requirements this season, and the end appears to be nigh for him in a Liverpool shirt.

The Daily Mail reports that the Reds will be willing to let the Italian leave for £12m at the end of the season, with a number of clubs interested in signing him.

Serie A clubs Lazio and Torini are two of those who are believed to have expressed a desire in bringing the 24-year-old to their respective clubs, as he looks to rebuild his somewhat stuttering career.

The striker has scored just three times in 38 appearances since signing in 2012, which sums up how disappointing his time on Merseyside has been.