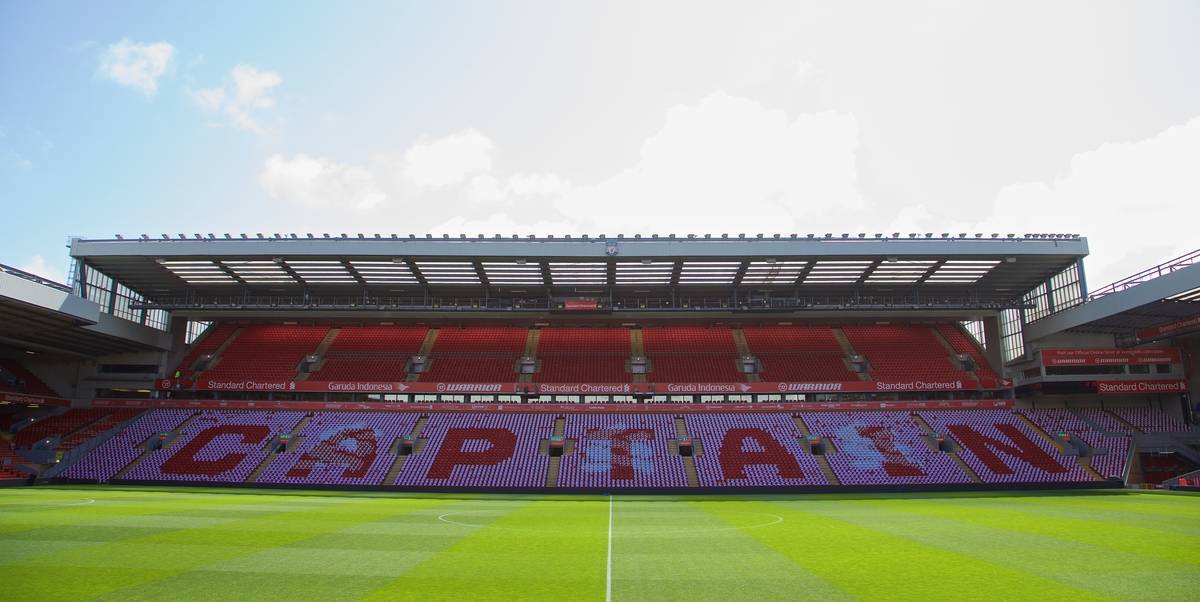 Departing Liverpool captain Steven Gerrard will bid an emotional farewell to Anfield as his 17-year professional career with his boyhood club reaches its penultimate leg.

On Saturday evening the 34-year-old will emerge from the tunnel for one last time to be greeted by a guard of honour comprised of his team-mates, opponents Crystal Palace and match officials.

But it will be the reception he gets from all four corners of the famous old ground before, during and after which will pull at the heartstrings most as Gerrard says goodbye ahead of a summer move to Los Angeles Galaxy.

Asked what he will miss the most when he finally calls it a day the midfielder said: "It'll be the supporters as a whole. They've given me incredible support since day one. They've been there for me throughout this journey.

"I've had some really cruel lows and some incredible highs but their support to me has never changed.

"There might be a few individuals who have changed their opinion of me over the 17 years, which is fine, but as a whole, at Anfield and around the world, I have had incredible support. That will be the emotional goodbye.

"And at Melwood, the staff and the players that I work with day in, day out, is what I am going to miss the most as well as playing at Anfield."

All week the focus has been on Gerrard's final appearance at his spiritual home but the player himself has no intention of shuffling off into semi-retirement in Major League Soccer without fighting right until the end.

"I want to play every minute possible, of course I do," he added.

"He (manager Brendan Rodgers) will know that and that's what I intend to do.

"I want to put in a good performance personally at the weekend, try to get a win and say goodbye to everyone at Anfield and all the supporters worldwide.

"But I still feel I want to be involved against Stoke."

There is already talk of Gerrard returning in a coaching or managerial role when his playing days in the United States are over but he insists he will have to earn that right.

"I've certainly got ambitions to stay in the game, I'm currently taking my UEFA coaching badges and trying to progress up that ladder," he said.

"But I think to take a position or role at this football club first of all you have to be good enough.

"You never take a role here on reputation or name; the demands and the expectations at this football club are so high I think you'd be very naive and stupid to take a role just because you're Steven Gerrard or because you've had a good career on the pitch.

"I think in a couple of years' time, when I've come out of the city for a bit and reflected, if there's a role on offer that I feel I can contribute in and I'm good enough for then I'll certainly consider it.

"I've been coming to this club since I've been eight years of age and I do feel as if I can contribute in some role in the future."