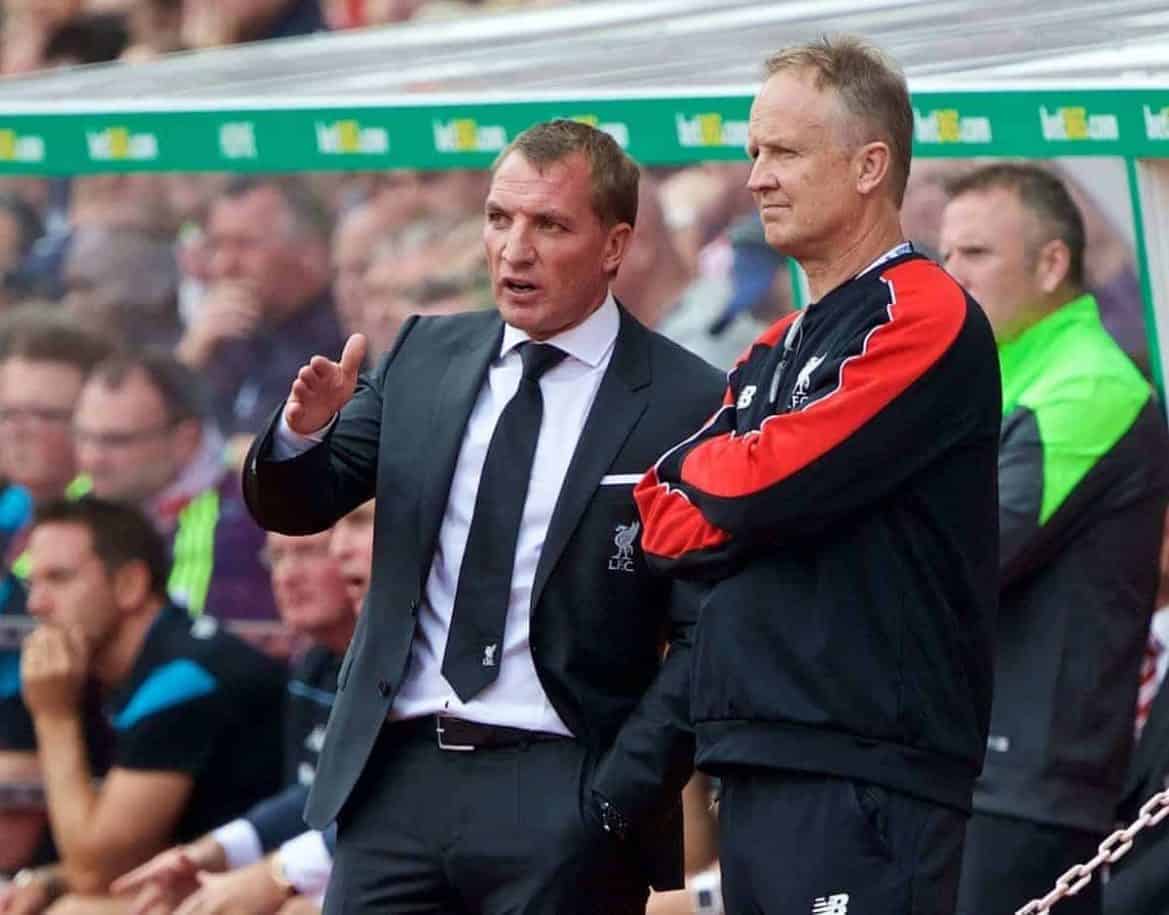 Liverpool manager Brendan Rodgers felt his side had exorcised the horrors of last season’s Stoke drubbing after Philippe Coutinho‘s stunning campaign-opening winner at the Britannia Stadium.

Coutinho found the net with a brilliant long-range strike in the 86th minute as the Merseysiders snatched a 1-0 win on the Barclays Premier League‘s opening weekend.

It was a moment of quality barely in keeping with the rest of the game, and earned Liverpool three points they hardly deserved, but for Rodgers the manner of victory mattered little.

His side were hammered 6-1 at the same venue just 77 days previously, a result that brought a disappointing season to a humiliating end and prompted a summer of soul-searching at Anfield.

Rodgers said: “To get a win and perform from where we were 11 weeks ago – I thought it was an outstanding collective performance. It certainly feels better than 11 weeks ago.

“You can never guarantee you are going to win or lose a game but for me it was about ensuring the personality came out in the team.

“Eleven weeks ago we were nowhere near that – it was embarrassing on the day. It was a one-off game, a unique game, but it still happened. I think that puts it to bed.

“Today you have seen a team with the determination, will, and quality. I am happy to get the points but we have still got work to do.”

Coutinho’s moment of brilliance actually came as Rodgers was considering substituting the Brazilian. He said: “I’m glad I kept him on but I can’t profess to be any sort of genius. It was fortunate he got the goal and he stayed on.

“It was a great turn and he got away from the midfield player and then a wonderful strike. It was a great strike to win the game.”

Stoke boss Mark Hughes felt his side had been worthy of at least a point. Hughes said: “We are not disappointed with the performance, I thought we were very much in the game. I thought we were the better team in the first half, had good chances and should have had a penalty when (Ibrahim) Afellay had a goalbound shot and Clyne basically saved it with both his hands.

“There are a lot of positives for a first outing. With 10-15 minutes to go, I thought both teams were happy to let the game peter out but the lad produced a moment of brilliance.”

Hughes was surprised by a decision only to book Liverpool defender Dejan Lovren after an apparent elbow on Mame Biram Diouf. He said: “I don’t know, I haven’t seen it again, but if the referee felt it was worthy of a yellow card for an elbow he was fortunate not to get a red under those circumstances.”

Rodgers defended his player, who otherwise had a solid game, saying: “As the ball is in flight, Dejan is looking like he is trying to get his ground. Arms are coming up and unfortunately he has hit him in the face. It was certainly not intentional. He is not that type of player.”