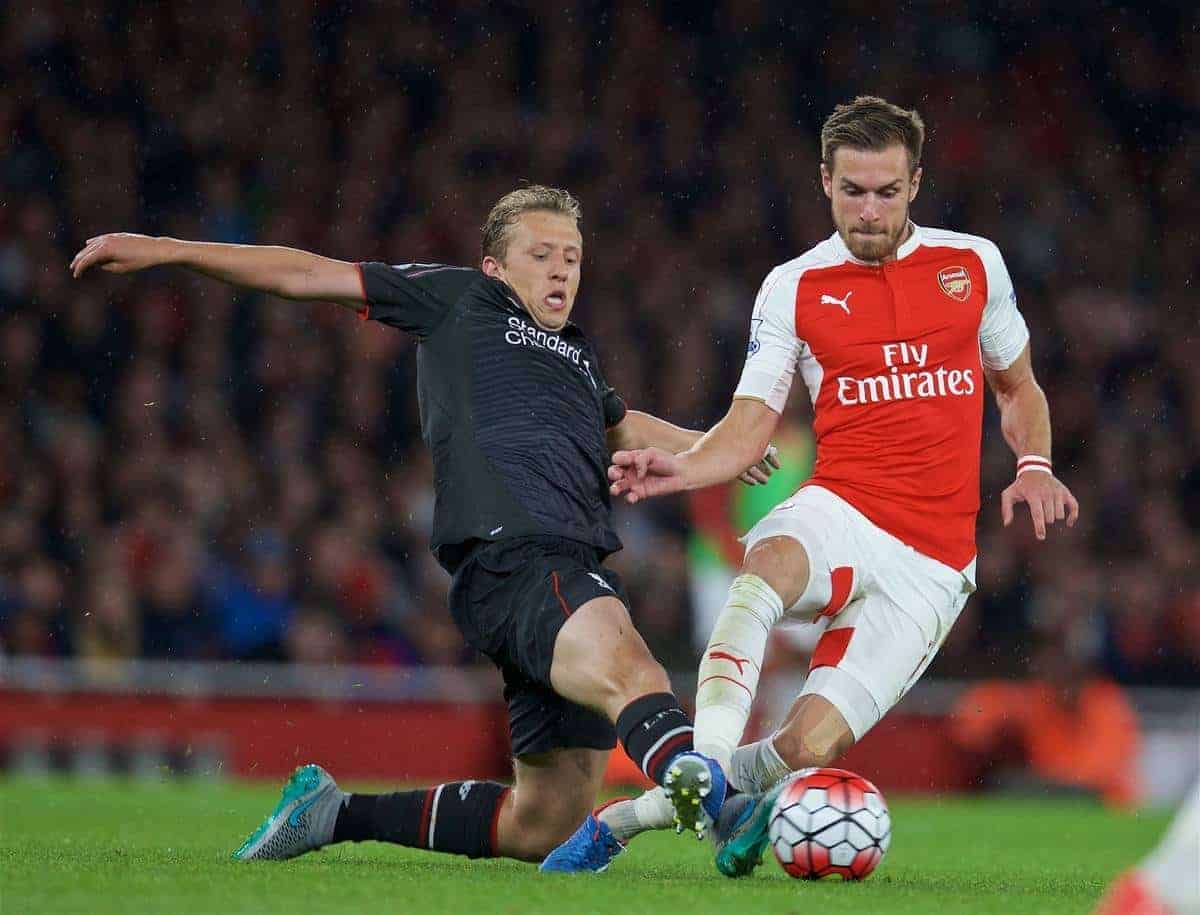 Lucas Leiva has pinpointed Liverpool’s 0-0 draw with Arsenal in August as the game that saved his Reds career, saying “I never wanted to leave.”

Despite coming close to a summer move to Turkish giants Besiktas, Brazilian midfielder Lucas Leiva has declared that he “never wanted to leave Liverpool.”

Lucas was on the brink of making a season-long loan switch towards the end of the summer transfer window, after being omitted from Brendan Rodgers’ match-day squad for the first two games of the 2015/16 season.

But after being recalled for the Reds’ Emirates Stadium clash, Lucas has fortified his position as a key player under the Northern Irishman.

“I was very frustrated that I couldn’t make the squad for the first two games, but I had to keep training and working hard because we have a lot of examples where football can change in a moment,” the 28-year-old told the Mirror.

“Of course, I never wanted to leave Liverpool. I have a home here and my family are very happy.

“But sometimes you do find yourself thinking about another solution if you think that will keep your career going.

“A couple of things happened during the first couple of games that gave me the chance to play against Arsenal, and I believe it was because I was training so hard and was well prepared that I was able to come in and have a good game.

“Maybe if there hadn’t been the Arsenal game, I wouldn’t be here now. But I always believe that things happen for a reason.”

Lucas’ performance against Arsenal was a key factor in Liverpool securing their third clean sheet of the season, but Rodgers’ side have experienced a nosedive in form ever since.

Injury to captain Jordan Henderson has seen Lucas start in each of the last four Premier League games, though Liverpool’s midfield has been decidedly flimsy without the England international.

However, Lucas produced a top-level performance in Sunday’s 1-1 draw with Norwich City, with his energy and passing from deep crucial to gaining momentum before Russell Martin’s second-half equaliser.

Lucas has fought back from the brink on more than one occasion throughout his eight-year spell on Merseyside, and looks set to complete another remarkable comeback this season.

As he notes, however, whether this is a matter of circumstance is up for debate.