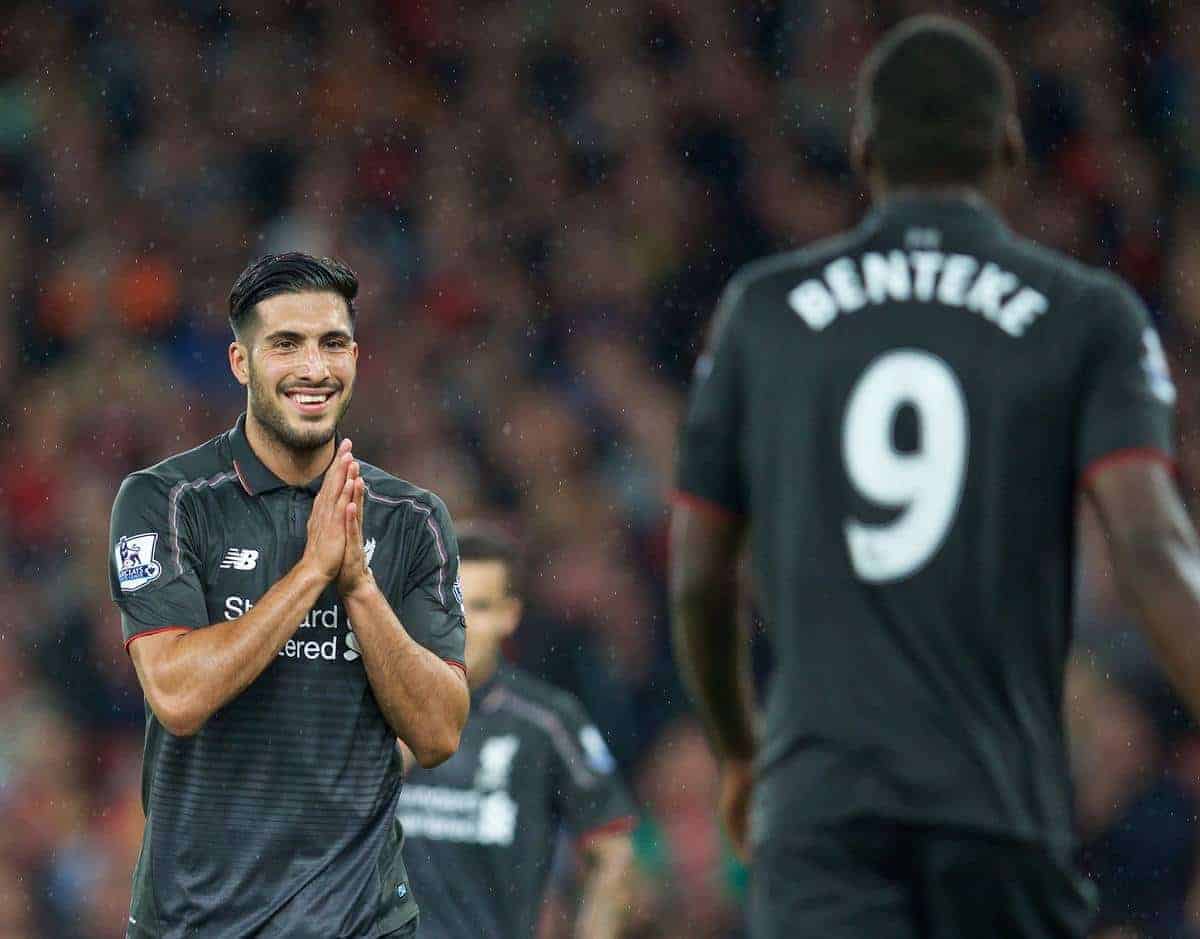 Liverpool’s four opening games of the Premier League season have seen them score just twice – one being Philippe Coutinho‘s stunner at Stoke, the other being Christian Benteke’s offside goal against Bournemouth.

The Reds drew blanks at Arsenal and at home to West Ham – the latter seeing just one shot on target at Anfield.

It’s a worrying statistic, and perhaps more telling than the three consecutive clean sheets that began the campaign.

Benteke has looked increasingly isolated, with former boss Roy Evans telling This Is Anfield that the service to the Belgian has been “awful.”

“We’d be better off with somebody who runs in behind Benteke,” says Evans. “We’re too predictable, playing in front [of opponents’ defences].”

Alas, reports suggest Danny Ings will get the nod in attack to replace the suspended Coutinho at Old Trafford.

Ahead of the match though, the Mirror report how Liverpool are bottom of the Premier League for shot conversion.

Only 5.4% of Liverpool’s shots have resulted in goals, while West Ham have converted 32.1% of their shots at the top of the alternative league table.

Goalscoring and shot conversion was a huge Achilles heel for Liverpool last season. But having completely overhauled the attack this summer, with three forwards leaving and three arriving, it should be significantly improving this season.

With Sturridge, Benteke, Ings, Coutinho, Roberto Firmino and Divock Origi, Liverpool certainly have the attacking players to score plenty – it’s about how Brendan Rodgers can get the team working to get the forwards scoring.