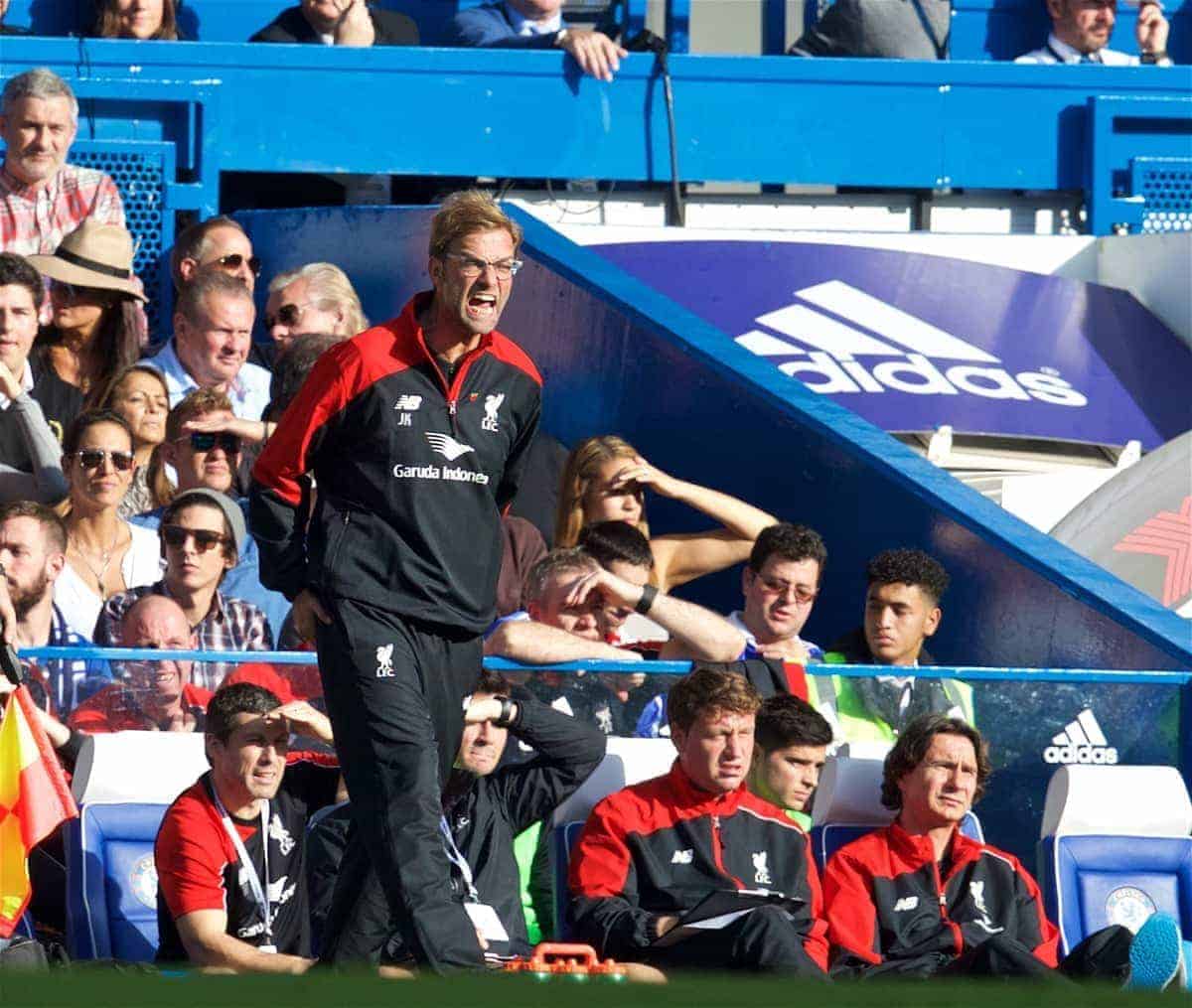 A week after outlining Liverpool’s need to react better after conceding, Jurgen Klopp‘s side recorded their first victory since last December when conceding the opening goal.

Klopp was visibly irritated in the opening 20 minutes at Stamford Bridge, stalking the touchline and giving captain James Milner in particular plenty of instruction.

Last week, after the 1-1 draw against Southampton, Klopp told how his players must improve their reaction to conceding.

“We did not give up physically but we didn’t believe any more that we could turn this game and that is a problem,” he correctly identified.

Six days later and the players showed they had taken the words on board, going on to dominate the game despite falling behind after four minutes.

“Their reaction was much better,” Klopp told LFCTV.

“In life like in football, you have to make mistakes and then you can talk about it, you can work on it and change it. Or you don’t know it’s a mistake or that you will react like this when it happens.”

Those words show Klopp will have been happy with Alberto Moreno despite the defender’s mistake in marking Ramires for the opening goal – the Spaniard went on to put in a good 85 minutes thereafter. Mistakes happen, it’s how we recover.

“I haven’t known the team long enough that I can imagine all of the reactions of my team in specific situations. We made this fault [against Southampton] and spoke about it.

“It’s not possible to train that part of football. But you can change things and that’s what they did today.

Klopp’s words were echoed by midfielder Lucas, who said: “The last few months showed if we concede our body language wasn’t the best,” Lucas added.

“After the Southampton game the manager spoke to us and said ‘you can’t think too much about a goal if you concede, you just need to get back in the game’.

“That’s what we did. The goal came at the right time for us, just before half-time, but even first half I thought we were the better team.

“It’s still a lot of things to improve, but it’s better improving and winning.”

The last time Liverpool had conceded first and won a league game was against Leicester City in December last year – which was also the last time the Reds scored three away goals.