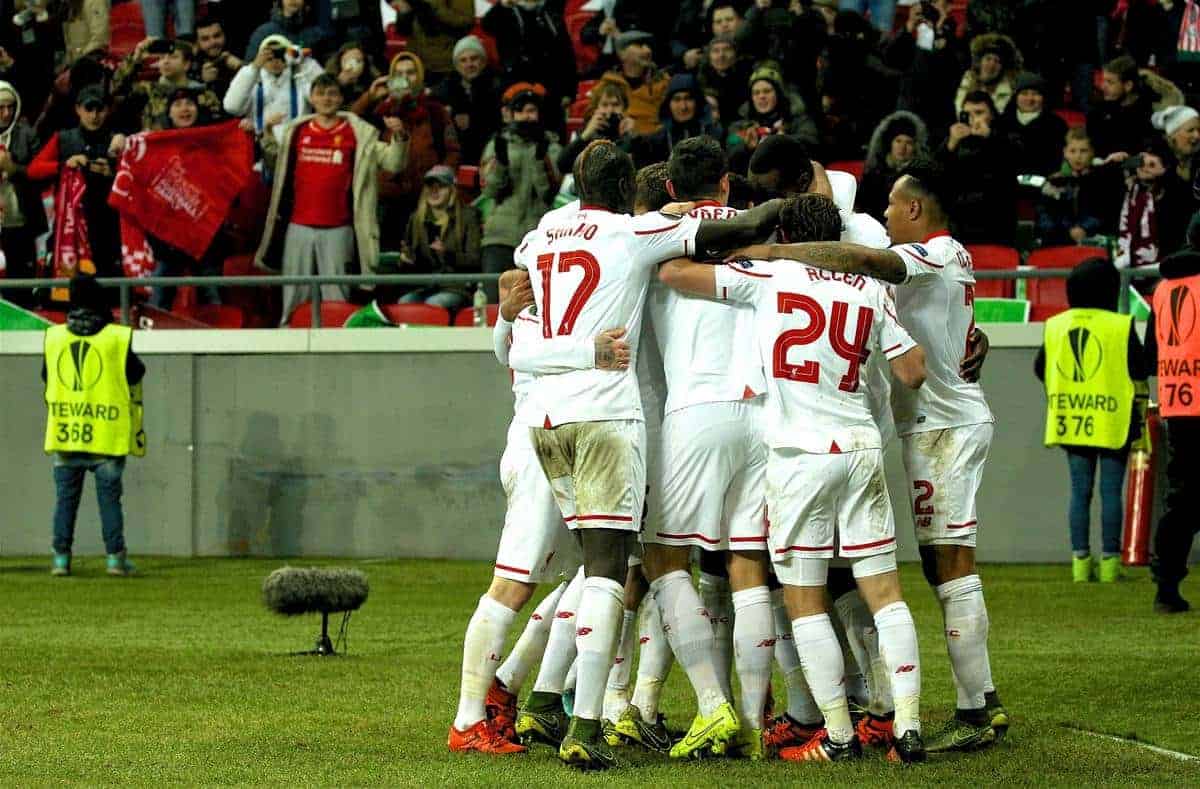 Jurgen Klopp made four changes to the side that enjoyed a brilliant 3-1 win at Chelsea on Saturday, with the German clearly having one eye on Sunday’s Premier League clash at home to Crystal Palace.

Dejan Lovren for Martin Skrtel was the only alteration in defence, while Joe Allen, Jordon Ibe and Christian Benteke came in for Lucas Leiva, Philippe Coutinho and Adam Lallana.

Three points were much-needed for Liverpool, with a trio of draws in their first three group games far from ideal.

Emre Can fired an early side well wide of the target, while James Milner hit the crossbar following sublime work by Roberto Firmino.

Benteke shot over and Firmino also missed the target, in what was an impressive and dominant opening 20 minutes by the Reds. The standard of shooting wasn’t the greatest, however.

Things went a little flat around the half hour mark, despite Liverpool’s continued dominance, with Kazan defending well in general.

Goalkeeper Sergei Ryzhikov did brilliantly to keep out Solomon Kvirkvelia’s unintended and goal-bound effort in the dying seconds of the first-half.

It wasn’t a 45 minutes that will live long in the memory, although it had been a fairly decent performance by Klopp’s men. Alberto Moreno‘s deflected shot flew into the side-netting seconds after the restart, as Liverpool looked to kick on and secure victory.

In the 52nd minute, they were ahead. A lovely pass from Firmino found the on-rushing Ibe, and the 19-year-old tucked away a clinical finish having powered into the penalty area.

It was Ibe’s first ever Liverpool goal, and a terrific one at that.

Milner shot over soon after, and Lovren’s header was just kept out by Ryzhikov, as the Reds went for the kill. Lallana replaced Milner 60 minutes into proceedings.

Despite just leading by one goal, the Reds always looked in control of things, and they saw the game out with consummate ease.

It’s now three wins and three draws in Klopp’s first six matches in charge, and the victory over Kazan puts Liverpool in a far stronger position in their Europa League group.