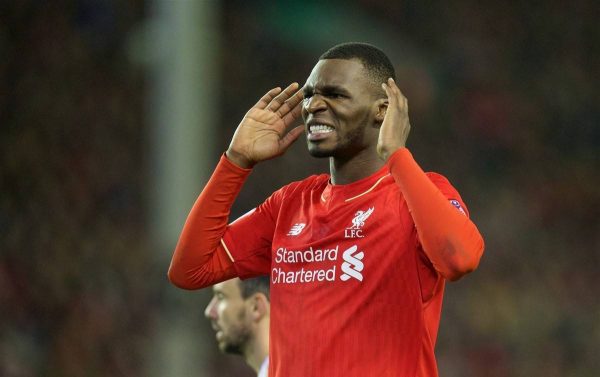 Sunday morning’s papers claimed Chelsea had named the Belgian forward on a shortlist of players to solve their goalscoring problem.

The £32.5 million signing has failed to fit in at Anfield and looks unsuited to the Reds’ style of play, with Klopp naming Benteke on the bench against Watford and opting for Divock Origi ahead of the 25-year-old from the bench.

“That’s the next problem. If you lose the games everyone is allowed to ask why this player didn’t play, when they wouldn’t after you win,” said Klopp, when quizzed on why Benteke was on the bench.

“So okay maybe it was not the best decision, I don’t know. We will never find out.

Chelsea are reported to be targeting a January swoop for Benteke, who only joined Liverpool from Aston Villa in July, but Klopp attempted to dismiss such talk.

“If there’s the same probability in all the other transfer rumours I’ve heard since I’ve been here, then I’m pretty cool,” said Klopp.

“All I’ve read until now was nil per cent and I haven’t heard about this.”

Speaking ahead of the Watford game, Klopp had said: “The situation is if as a striker you feel not confident in the game because you don’t get enough crosses, you have to move more.”

Benteke is Liverpool’s joint top scorer this season, with just five goals in all competitions.