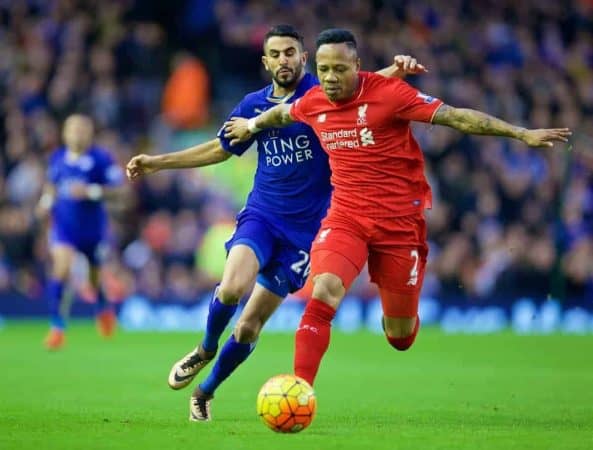 There were plenty of shocks as a bumper Boxing Day schedule played out in the Premier League, with 2015/16’s unpredictability continuing.

Liverpool’s 1-0 win at home to Leicester City was one of a number of results that saw the top end of the table open up, as the Premier League‘s traditional festive feast ensued.

Stoke City and Southampton secured priceless victories over Manchester United and Arsenal respectively, while draws between Chelsea and Watford and Bournemouth and Crystal Palace saw the gap between the Reds and the top-four places shrink.

It wasn’t a great day for relegation candidates Norwich City, West Bromwich Albion, Sunderland and Aston Villa, however, as all four failed to seal wins, continuing their slide down the table.

Klopp will be pleased to have seen his side finally capitalise on their rivals’ errors, and can draw much from Boxing Day in the Premier League.

Here are five talking points from the latest round of fixtures in the English top flight.

After a 0-0 draw away to Bournemouth and two key injuries, Palace’s surge up the Premier League table could come to an abrupt end.

Alan Pardew’s side headed to Dean Court without both Connor Wickham and Yannick Bolasie, and without the attacking duo the Eagles failed to breach Bournemouth‘s staunch defensive line.

Both Wickham and Bolasie are set to miss around a month of action, which could see them out for another six games.

This six-game stretch takes in clashes with Chelsea, Southampton, Manchester City and Tottenham Hotspur, with the latter trio and an improving Blues representing a genuine threat to their top-six ambitions.

Without their influential winger and the only striker Pardew seems to trust, Palace could falter this winter.

Manchester City Should Be Title Favourites

While Arsenal, United and Leicester all suffered defeat, City went about their business with consummate professionalism on Sunday, dispatching Sunderland by a comprehensive margin of 4-1.

This saw them recover confidently from their defeat to Arsenal last time out, and the way City did so suggests they should now be favourites for the Premier League title.

Wilfried Bony shone while Sergio Aguero sat in reserve; Raheem Sterling’s pace and energy troubled the Black Cats’ back line throughout; Yaya Toure looked at his bullish best; and Kevin de Bruyne once again proved the difference, scoring once and registering two assists.

Even despite Vincent Kompany’s return from injury being cruelly cut short after just nine minutes, the Sky Blues’ back line looked solid and well organised.

City have their cutting edge back, and they may have found it at just the right time.

On the other half of Manchester, however, trouble continues to brew for Louis van Gaal, as the Dutchman’s United horrorshow continued with a 2-0 defeat away to Stoke.

Is watching his masterplan crumble even entertaining anymore?

Even when Van Gaal made the right decisions, such as dropping the dismal Wayne Rooney, they backfired on him; with Anthony Martial disappointing in the No. 9 role and Ander Herrera in poor form in midfield.

After the game, Van Gaal told reporters that “it is not always the club that has to fire or sack me,” suggesting he could resign before the United board takes further action.

It may be a wise move for the 64-year-old, who can put himself out of his misery.

As predictable as a Liverpool hamstring injury, Arsenal once again showed their fragility in their 4-0 defeat away to Southampton on Saturday evening.

With Leicester having lost at Anfield and heading to St. Mary’s on the back of a morale-boosting victory over City, Arsene Wenger’s side could have ended Boxing Day at the top of the Premier League.

But crumbling at the precipice of a title challenge, Arsenal let themselves down.

Once Cuco Martina’s incredible opener curled beyond Petr Cech on 19 minutes, the result was a foregone conclusion, as the Gunners’ lacking of a winning mentality costing them.

Now watch Wenger ignore his side’s deficiencies in the January transfer market, and lead his side to yet another close-but-no-cigar top-four finish.

Vardy and Mahrez No Longer Invincible

With 28 league goals and 10 assists between them, Jamie Vardy and Riyad Mahrez rightly gave Leicester an edge heading into Anfield on Saturday afternoon.

But with both failing to trouble the Liverpool defence, and eventually substituted by Claudio Ranieri, Vardy and Mahrez revealed their vulnerability; as the Reds defence nullified them throughout.

Taking the fight to them from the off, the likes of Dejan Lovren and Mamadou Sakho ensured the Foxes duo could not build dangerous attacks in the final third.

This could provide inspiration for Leicester‘s top-four rivals this season, with other teams now able to target Vardy and Mahrez with a similar approach.

Has Jurgen Klopp uncovered the secret to Claudio Ranieri’s success?