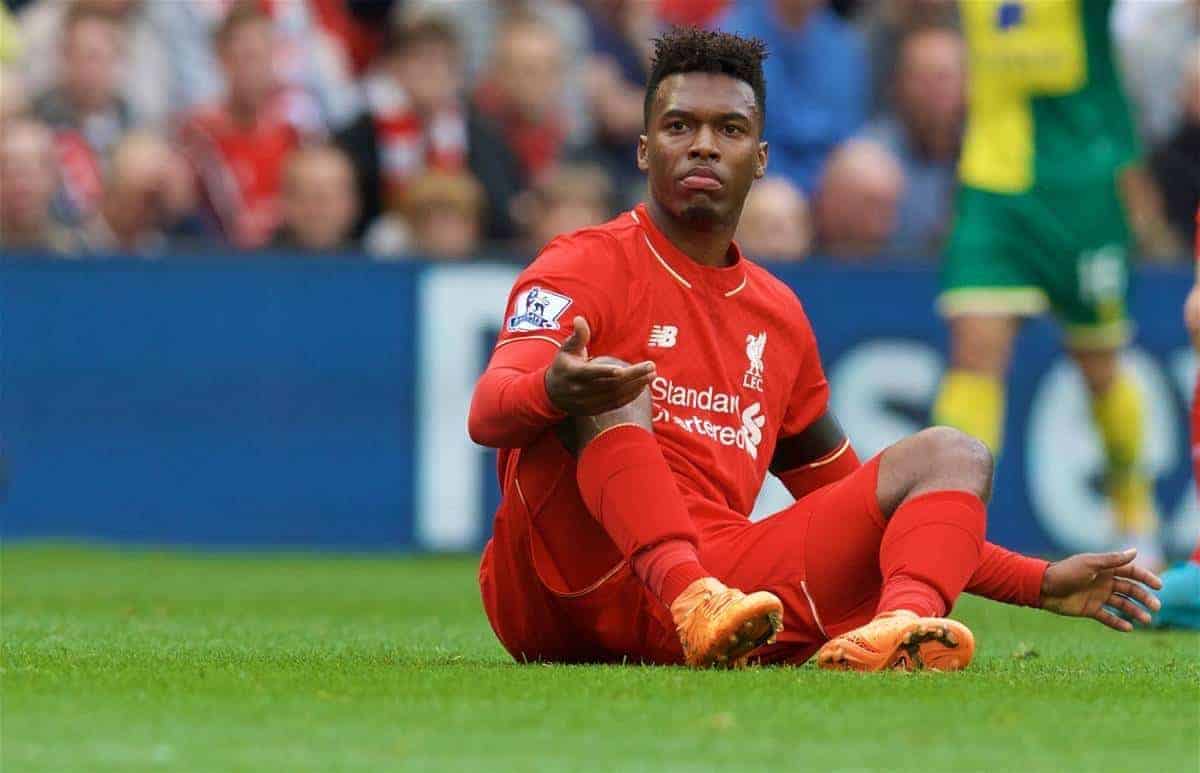 Dietmar Hamann has urged Liverpool to present an “honest and truthful” explanation of Daniel Sturridge‘s continued absence from the first team after questioning his injury record.

England striker Sturridge has been absent from the Liverpool side since early December with what the club have cited as a hamstring problem.

He is still not ready to make a return and will miss Wednesday’s FA Cup third-round replay against Exeter, with Jurgen Klopp‘s team struggling for goals recently without the 26-year-old frontman.

Hamann says Liverpool must “stop protecting” Sturridge if he is not seriously hurt.

“Judging by the way Jurgen Klopp answered his questions (before the Manchester United game), I don’t think there is too much wrong with the player. If there is nothing wrong with him, it is more important to be honest and truthful with the paying public than to protect a player who has hardly played in the last 18 months, who seems to choose when he wants to play.”

Former Germany international Hamann told talkSPORT: “If you look at his record since he has played professional football he probably doesn’t average half the games a season – and it has got worse at Liverpool. I am not saying he is pretending to be injured, I’m not sure. But if he is injured, say it. Nobody knows what is going on with him.

“People have spent £800 or £1,000 to watch Liverpool at home and sometimes even away, and the star player is not playing and nobody knows where he is. If there isn’t a problem with him, then it is time to stop protecting the player.”