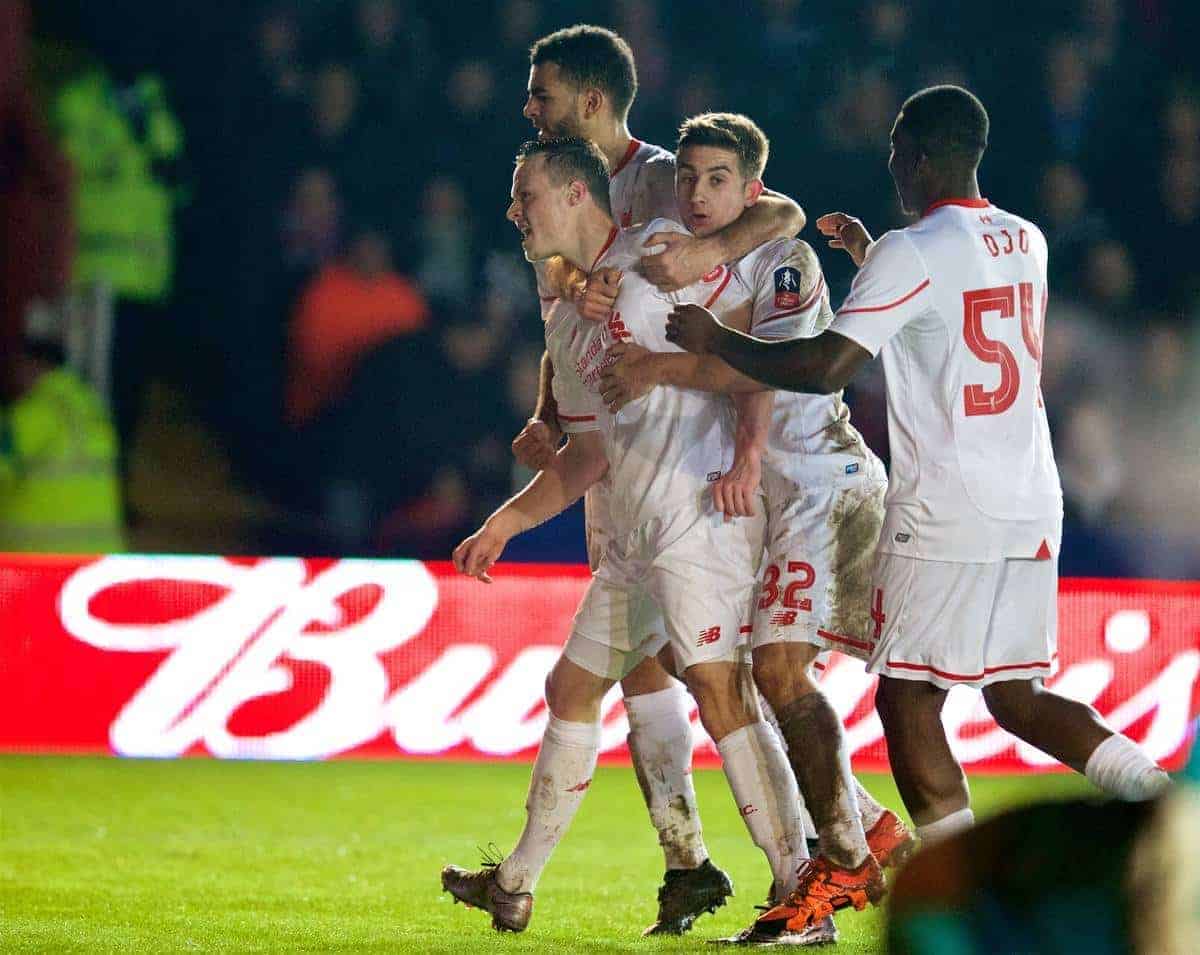 There has been much to talk about at Liverpool recently, as is often the case, and we round-up how you have been voting in our latest polls.

The Reds drew 2-2 at Exeter City on Friday evening, and although a draw is far from ideal, it does mean Jurgen Klopp‘s side are still fighting on all four fronts this season.

The visit of Arsenal on Wednesday evening is a vital Premier League clash, and is a match that has often created plenty of talking points down the years.

Despite a general air of positivity around the club now that Klopp is in charge, there have still been many disagreements between supporters in our most recent polls.

Here are the best of the results over the last week or so. The aforementioned 2-2 draw at Exeter looked to be heading towards disaster with Liverpool 2-1 down, but Brad Smith’s relatively late strike earned the Reds a replay.

The young Australian left-back was an impressive figure throughout proceedings, and a whopping 77 per cent of you thought he was Man of the Match.

Cameron Brannagan was second with nine per cent, which shows how conclusive Smith’s triumph was.

Liverpool have a striker crisis at the moment – in fact, their entire squad is riddled with injuries – with Daniel Sturridge, Danny Ings and Divock Origi all on the treatment table.

The wretched form of Christian Benteke is not helping matters, with the 25-year-old once again a peripheral figure against Exeter.

We got a little bit sentimental and decided to ask you who would prefer back at Anfield at their peak: Ian Rush or Robbie Fowler?

It was a tight battle, but Liverpool’s all-time top goalscorer Rush earned 59 per cent of the votes. Just imagine how much he would transform the Reds’ toothless attack. In a similar vein, we asked you which former Liverpool hero taking part in a ‘legends’ game in Australia could still do the best job in the current side, out of Fowler, Steven Gerrard, Jamie Carragher, John Arne Riise and Fabio Aurelio.

Gerrard dominated the voting, with 69 of you choosing the 35-year-old, while Carragher came second with 15 per cent. The bronze medal went to Fowler, although could you really imagine him doing much in his current state?

There can be no denying that the FA Cup doesn’t quite hold the significance it once did, with the Premier League and Champions League now far more important to the top clubs.

Despite this, 91 per cent of you still care deeply about the world’s most famous domestic cup competition, which is pleasing to see.

A memorable run to glory for Liverpool this season would be great, having not lifted the trophy since 2006 in Cardiff.

New centre-back a must

With Mamadou Sakho, Martin Skrtel and Dejan Lovren all currently injured, and even slight doubts over Kolo Toure’s fitness, Liverpool are in real trouble at the back.

Tiago Ilori has had to be recalled from his loan spell at Aston Villa, which isn’t ideal, while Jose Enrique’s poor performance at centre-back against Exeter was more alarming than anything.

Reinforcement in the centre of the Reds’ defence are surely needed this month, and 87 per cent of you agree with that.

The likes of Neven Subotic, Joel Matip and Andrea Ranocchia have all been linked, and it would be an error if someone didn’t arrive between now and the end of the month.

Coutinho Liverpool’s Player of the Year so far

He may have struggled to hit the heights of 2014/15, but perhaps surprisingly, 39 per cent of you still voted for Coutinho as Liverpool’s standout player so far this season.

Mamadou Sakho was second and Alberto Moreno third, while eight per cent voted for somebody not included in the poll. Emre Can was likely to be one of those that supporters had in mind, following some sparkling form of late.

Do you think Coutinho has been the Reds’ star man to date?

> Ojo, Smith and Brannagan eyeing first-team roles at Liverpool in 2016