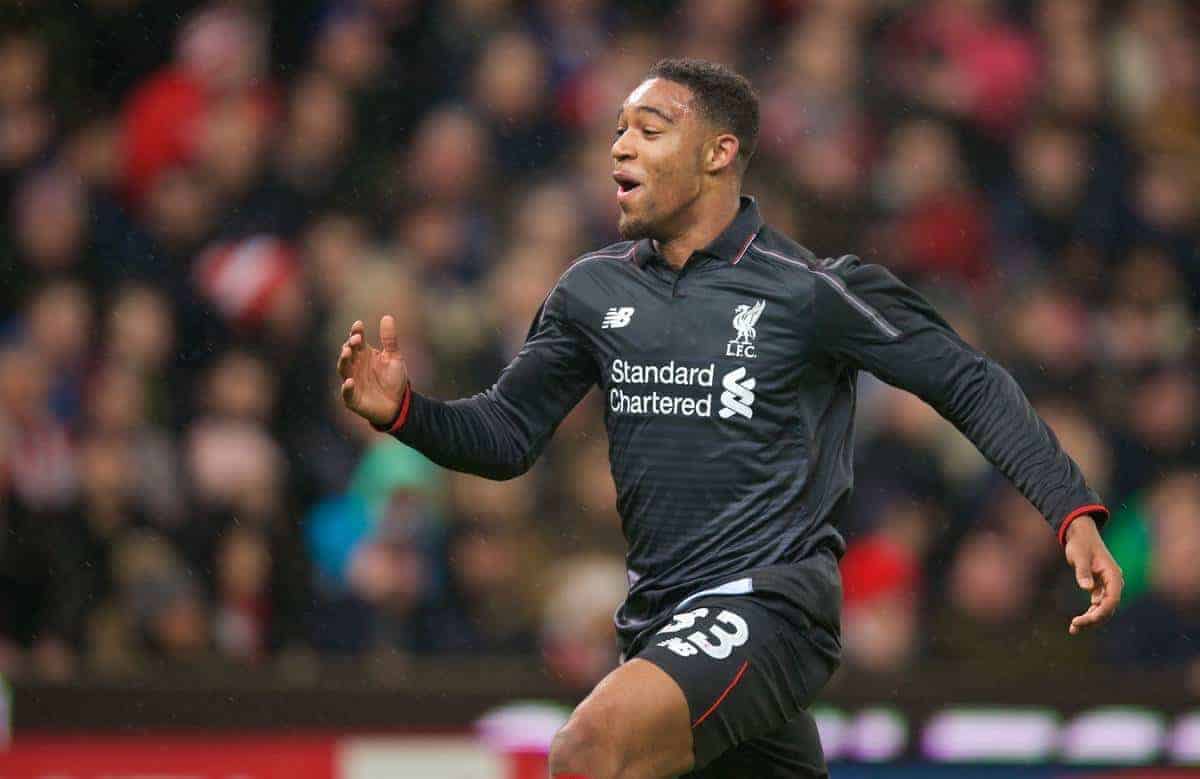 Liverpool won 1-0 against Stoke City at the Britannia Stadium on Tuesday night, and we round-up the best social media reaction from during and after the game.

A solitary strike from Jordon Ibe ensured Li verpool take a 1-0 first leg lead back to Anfield for the return fixture in two weeks time.

It was a great finish to cap off an excellent and disciplined performance from Jurgen Klopp’s side, who showed the fight and resilience called for after some really disappointing displays.

Pre-match optimism was in short supply following the confirmation of a far from full strength Liverpool XI for the Britannia clash, but there was joy over Christian Benteke being dropped:

That team has literally put the fear of God in me. And it's Stoke! ffs

On the forum, Billy Stevo’s Left Boot said: “Unless the version of Coutinho/Firmino that played so well against City and Chelsea turn up tonight we could get our @rses handed to us here.”

Hamstring injuries to Philippe Coutinho and Dejan Lovren frustrated in an otherwise brilliant first half display from Jurgen Klopp’s side:

No Benteke + Opponent that wants to play footy = good, entertaining performance. Too simple?

Impressive response by #LFC after such a tame defeat at weekend. Inventive & energetic. But it has been a v costly half in terms of injuries

We're actually at the stage where we could do with a couple of signings just to make up the numbers. Never seen anything like this.

Debate was in full flow over whether Joe Allen meant his ‘pass’ for Jordon Ibe’s opener:

Joe Allen's movement before his no look assist (defo meant it) should be showed to Benteke.

Joe Allen has just told Shaqiri he meant that

If Joe Allen meant that. That is some pass. https://t.co/RXjHC0Knxo

Class reversal by Allen, he meant that.

Incredible disguise on the pass from Joe Allen ?

With a vital first leg victory secured, fans gave their thoughts on an excellent performance and result:

We've managed to keep a clean sheet with Kolo and Lucas as the centre-back pairing against an in-form Stoke side. Solid team performance.

Superb response by Liverpool to their insipid display at Upton Park. Full of effort, organisation and nous.

No one hid, they all stood up to be counted, despite the injuries too. Great performance tonight, polar opposite of Saturday. Get in! ???

Mike Oscar on the Forum said: “The team deserve a lot of praise for the fight and character shown today, especially after those two early hammies snapping. They battled it out and fully deserved the lead going into half time. The second half felt very even and in the end we deserved our victory.”

What a fantastic performance by an injury ravaged Reds team.

That was a performance full of guts, grit & flashes of quality when it mattered. Klopp can be proud of his players tonight! #LFC.

Great to take a lead to Anfield, even if it's a 1-0. Toure, Moreno, Can, Allen, Firmino all brilliant tonight. Injuries a big shame. #LFC

Much better that tonight, good movement, good football, defending like Trojans proper graft all over the pitch. Ill have some of that,get in