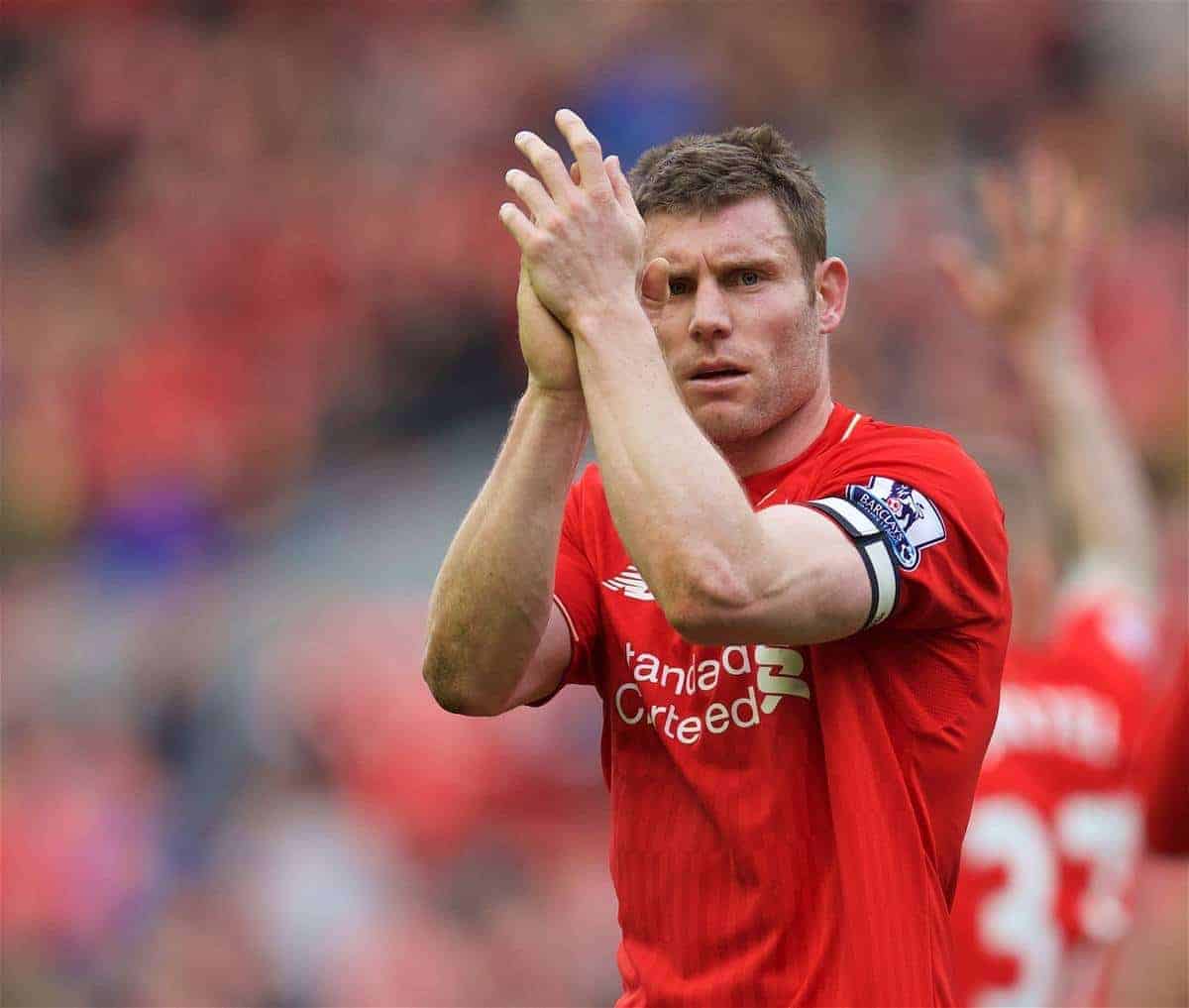 Liverpool vice-captain James Milner has spoken about the Reds’ excellent current form, and says things are now really coming together under Jurgen Klopp.

Milner played a pivotal role in Liverpool’s 4-0 thumping of Everton on Wednesday evening, creating first-half goals for both Divock Origi and Mamadou Sakho.

The 30-year-old now has more assists than any other Premier League player in 2016, and his all-round display against the Toffees was very impressive.

With the Reds in unstoppable form of late, Milner believes it is firmly to do with the way in which the players have grown accustomed to Klopp’s management.

“We seem to be in the rhythm at the moment,” Milner told Sky Sports, upon receiving his man of the match award.

“You need a full squad and we have got a quality squad of players, a young squad as well but when the younger guys have come in they have done brilliantly as well. There’s a lot of competition for places and that’s what you need.

“The manager’s style is a bit more second nature than it was a few months ago, we know how he wants to play and everyone is on the same page. I think you can see that in the performances.

“Every derby is always a big game for everyone, the whole club and the fans.

“Until we play them again it gives the fans the bragging rights when they go to work and see their friends. It was a big victory and we want to keep this momentum going that we’ve managed to gain over the last few weeks.

“We knew we could play better in the first half but we kept looking for it, created chances and kept pushing forward. We went in at half-time up but we knew we had another gear.

Milner also spoke about his own impressive figures in recent months, admitting that he has always had faith in his own ability in the final third.

“It has always been a quiet strength,” he added.

“I like to get forward and try to create as many chances as I can, and goals. That’s something I work on. You just want to contribute, whether it’s goals or assists. It’s nice to keep contributing.

“We just want to keep this run going and finish the season strongly. It’s another good performance and good bit of momentum to take into the next few games.”

The England international is a player who has been derided throughout his career, but you cannot argue with the impact he is having currently.

He is limited in certain aspects of his game, but when it comes delivering at important times and bringing great experience to the team, he is a real asset for Liverpool.