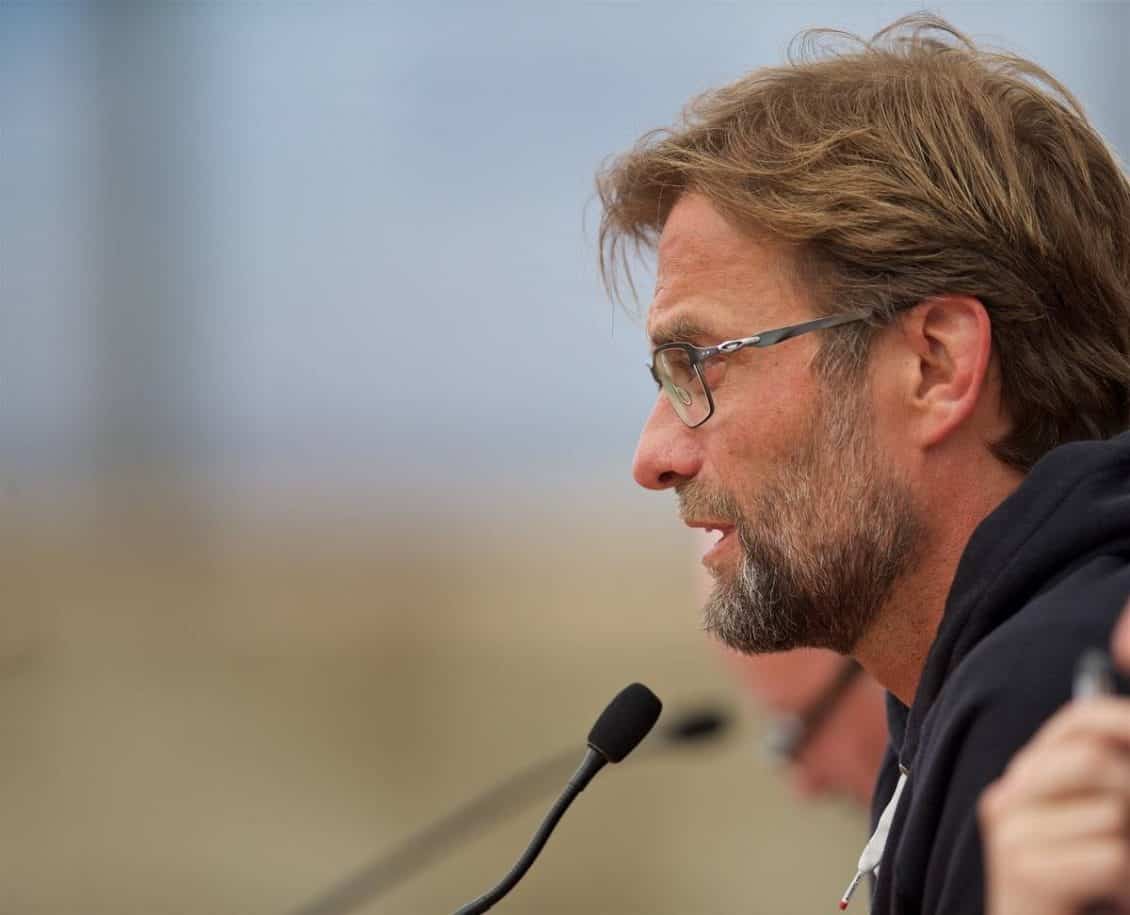 Liverpool manager Jurgen Klopp admits he cannot afford to make any mistakes in his team selection, but whomever he picks against Borussia Dortmund he expects to be “brave”.

The German’s primary dilemma against his former side appears to be who to field up front.

Divock Origi scored at Signal Iduna Park a week ago, having been preferred to Daniel Sturridge, and then came off the bench on Sunday to net two against Stoke – after Sturridge, who had started, scored in the first half.

Klopp does not think it is too testing a task for him, but knows he must get it right with the Europa League quarter-final tie delicately-balanced at 1-1 going into the second leg.

“You always know when you have players [available] you have difficult decisions,” he said. “This is more a moment where you cannot make any mistakes as manager.

“Maybe I will play all our goalscorers on the pitch and hope Dortmund don’t recognise this.

“It is not about a formation. We have a few different possibilities to find the line-up and there is no final decision.

“We have to show we are prepared, it is not about how many strikers we have on the pitch.

“It is always about being brave, especially against a high-quality team.

“With each offensive action they (the opponent) have they grow in confidence and you become smaller and smaller so it is really important because everything can have an influence: on the positive side, negative side.

“Being brave is one of the most important things in football – tomorrow night too.”

Liverpool may have the slender benefit of an away goal, but Klopp dismissed how much of an advantage it will actually be, especially against a side of Dortmund’s quality.

The visitors have scored 119 goals this season and Klopp almost expects them to score at Anfield.

“I think we can ignore the first leg,” he added. “This Dortmund team can score goals, they are not an opponent where you can go into a game thinking we can keep a clean sheet.

“Maybe after 85 minutes it (the away goal) will be relevant, but not earlier. “It is a completely normal game and the crowd is more of an advantage if we are good and if they like the game they will help us more than the goal in Dortmund.

“Only when we play 0-0 it is a real advantage. If we win we don’t need it, if we lose it isn’t helpful. “This is a new start and we will see who handles the situation better.

“Who is more clear in their offensive action, who is more disciplined in defence, who is brave enough to take a chance?

“In my opinion the atmosphere will be the biggest difference.”

Klopp will tell his players to approach the fixture as a completely new game, despite their morale-boosting draw in Germany a week ago.

“I don’t think we went to the limit of our performance last week and I don’t think Dortmund did either, but they are having a great season,” he said.

“Against Dortmund you can’t just defend, there is a balance between attack and defence.

“Forget about last week’s game, we have to go into tomorrow’s game with a different attitude and we certainly won’t be flying a white flag.” Anfield expects a famous European night, which puts the incentive firmly with Klopp’s players, but he tried to play down expectations as they are facing the free-scoring favourites for the competition.

“I don’t think we are under particular pressure,” he said. “What we are presented with is a great chance to get to the semi-final and it is rare to have a chance to win a trophy.

“The last few weeks has given us confidence. When you think about only the second half against Southampton (where they conceded three goals to lose 3-2) was a step in the wrong direction.

“We are better prepared than a few months ago. We are growing as a group, believing more in things and there is no doubt about the things we do.

“That is what has given us confidence. It is not important what I say here, it will have no impact on the game tomorrow.

“It is a good sign for all of us that we trust them (the players) and they trust themselves.”