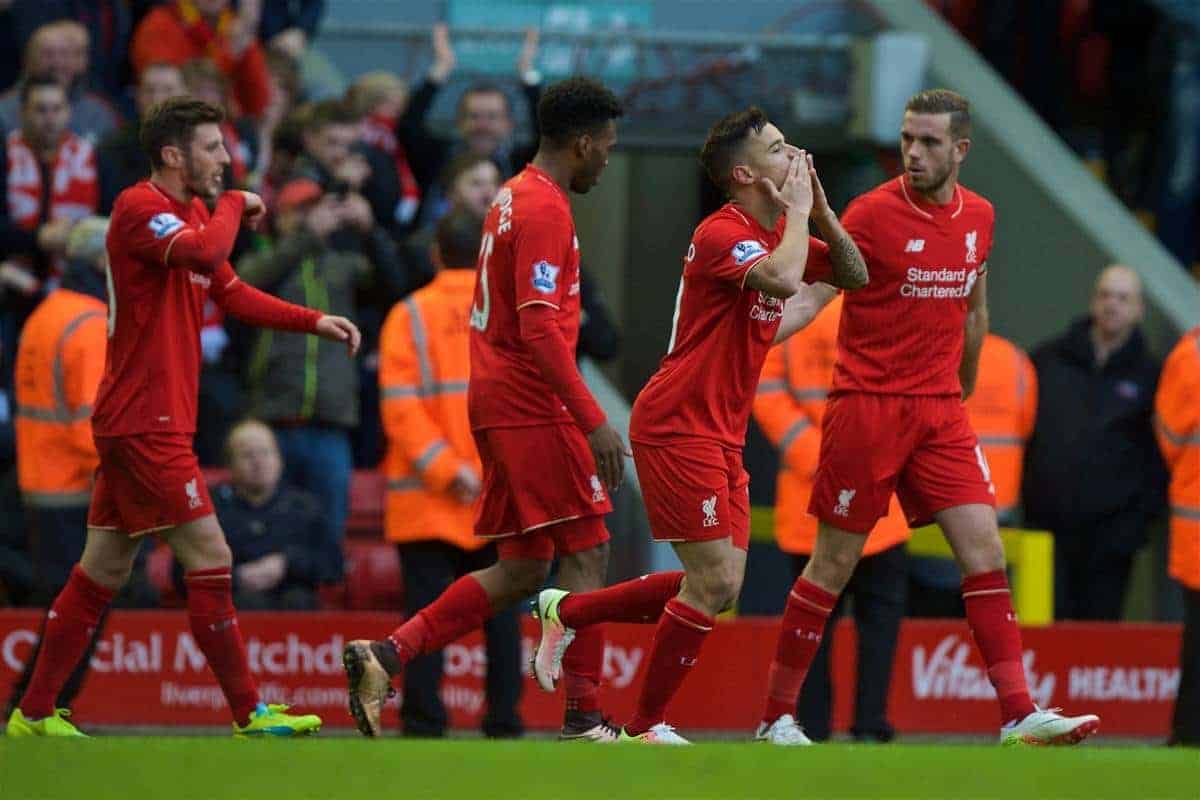 Following Liverpool’s 1-1 draw with title hopefuls Tottenham, we review how the media reacted to the Anfield stalemate.

Liverpool were held to a draw against Mauricio Pochettino’s Spurs in an entertaining game at Anfield on Saturday evening.

Philippe Coutinho’s calm finish looked to have put the Reds on the way to sealing a big three points, but Harry Kane’s excellent turn and finish ensured the away side returned to north London with a point to show for their efforts.

It was a result that does little to help either team in their respective Premier League battles, with Liverpool left with little to fight for in the remainder of the domestic campaign, and Spurs still with work to do to catch league leaders, Leicester City, in the title race.

Some reporters felt it was a game that showed Liverpool’s raw quality, standing up to one of the league’s best teams and edging the contest against the title chasers.

Liverpool had not a great deal to play for and, for Jurgen Klopp, the biggest and most emotional game of their season comes on Thursday evening in Dortmund. And yet they fought desperately hard and ran Tottenham very close.

Encouragingly for the hosts, Tottenham are title contenders and yet, the difference between the sides is not as staggering as the league table suggests.

The north Londoners have the two things Liverpool have lacked most: consistency and a formidable goalscorer with no fitness issues.

This was a performance brimming with desire and commitment as the Reds put a serious dent in Spurs’ hopes of a first title for 55 years.

For Kopites, the sight of Liverpool matching and outplaying for periods a team involved in the title race in April will have been bittersweet.

ESPN’S John Brewin felt Spurs could count themselves fortunate to leave Anfield with a point on the balance of chances:

And Spurs might be thankful for their slim reward, with Jurgen Klopp‘s team creating by far the better opportunities, and Pochettino’s team needing a piece of brilliance to draw level.

In a breathless game at Anfield, the Reds drew praise for their pressing and work-rate against Pochettino’s relentless Spurs team.

The Telegraph’s Sam Wallace placed Liverpool’s positive display down to their energy levels in a “full octane game”:

There was a big effort from Spurs, but Jürgen Klopp’s side have ambitions of their own and they run as hard as their visitors in shutting down the gaps in midfield.

Spurs, widely depicted as Liverpool’s superiors at the pressing game, were forced into far more mistakes than their manager would have liked and required several moments of last-ditch defending to clear their own lines.

After turning in a brilliant display and scoring for the third game running, Coutinho rightly claimed the plaudits in post-match reports.

Reddy noted on the Brazilian magician:

The Brazilian, scorer of the sublime opening goal, was central to everything Liverpool looked to do.

When Jurgen Klopp’s side pressed, he was present. When they looked for a telling pass, he was the one the team turned to. And when the home fans needed encouragement, it was the Brazilian who provided it as they reciprocated and chanted his name.

The BBC’s Phil McNulty declared the goalscorer as the man Klopp needs to build his team around moving forward:

[…] The new-look Liverpool that will surely emerge next season must be built around the mercurial talent of Coutinho.

He is the man who sprinkles magic on this Liverpool side and has years ahead of him to develop into a truly world-class talent.

The Mirror’s David Maddock centred on the “flourishing” partnership between the Brazilian and Sturridge:

Sturridge’s awareness around the box is under-rated, but his sublime lay off to Coutinho for the opening goal showed he has a fine touch and vision in the crowded confines of the penalty area, which is always the sign of a true quality player.

His partnership with Coutinho is a precise instrument that produces unseen angles and complex movement, and (along with the injured Firmino) is the area where the Reds can offer the prospect of world class potential.

Much of the post-match focus centred on the battle of the England strikers, Daniel Sturridge and Kane, who reporters felt came out on top. The Telegraph’s Chris Bascombe assessed that Kane proved he is“miles ahead” of Sturridge:

Harry Kane delivered yet again, a sumptuous finish at the Anfield Road end to cancel out Philippe Coutinho’s opening goal. The striker had been kept reasonably quiet by Dejan Lovren, but he was much sharper in the second half and duly underlined his position as England’s main man.

There was a contrast with Daniel Sturridge. No-one will doubt Sturridge’s finishing capabilities, but since his return from injury he has been unable to rediscover the pace that was one of his greatest assets.

Where Kane is almost always involved, Sturridge ghosts in and out. He spent the first half as little but a passenger until a 36th minute chance that Coutinho carved out for him.

Kane, meanwhile, refuses to defer to anyone. His goal, delivered with surgical precision, was struck with the confidence of a player at the top of his game.

Wallace noted the contrasting work-rates of the two front men:

Kane’s work-rate puts him in good positions time and again although his lack of a really sharp turn of pace meant he was unable to execute his opportunities.

At the other end, Sturridge, it would be fair to say, put in rather less yardage in chasing down the Spurs defenders – or at least it seemed that way.

McNulty felt Sturridge struggled again at Anfield, with the striker yet to recapture form since his injury return:

Here, it was clear he is still taking tentative steps on the road back as he looked ring rusty and still short of the form that made him such a potent force.

Meanwhile, in his player ratings for ESPN, Steven Kelly, singled out Dejan Lovren for praise after an impressive defensive display:

Excellent performance, especially in the first half when he seemed to spend half his time clearing up everybody else’s mess. Some will claim he could have done more to block Kane’s equaliser, but sometimes you just have to give the forward some credit. Faultless otherwise, in any case.