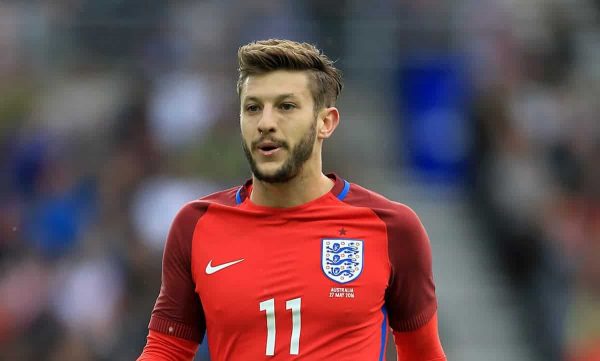 England were held to a 0-0 draw by Slovakia at Euro 2016 on Monday evening, with five Liverpool players involved in Saint-Etienne.

Nathaniel Clyne, Jordan Henderson and Daniel Sturridge all came into the side, giving the trio a great opportunity to impress.

Adam Lallana was retained, following two eye-catching performances to start the competition, while Martin Skrtel once again captained Slovakia, in one of the most important matches of his international career.

Despite England dominating from start to finish, they couldn’t pick up all three points, allowing Wales to top Group B in the process.

Here is how each Liverpool player performed:

The form of Kyle Walker in England’s first two matches was very impressive, and despite doing nothing wrong, Clyne found himself as back-up at right-back.

Hodgson’s decision to rotate gave the 25-year-old a chance to shine, however, and put pressure on Walker for a starting berth.

Clyne genuinely couldn’t have done much more in that respect, producing a rampaging display full of quality from kick-off until the final whistle.

The former Southampton man enjoyed a very solid first season at Liverpool, but the one thing levelled at him was an inability to be expansive in the final third. He was brimming with attacking zest against the Slovakians, though.

An inch-perfect early cross for Jamie Vardy was a sign of things to come, with his end product superior to Walker’s in the first two games.

Clyne linked up superbly with Liverpool teammate Henderson, with one beautifully-worked move down the right seeing him tee-up Lallana for one of the game’s best chances. It was one of seven that he created.

Nathaniel Clyne created seven chances for England, equalling their record for a single major tournament match since 1980 (via @BBCSport)

Slovakia left-back Tomas Hubocan was having a torrid night trying to deal with the marauding right-back, and only when tactical tweaks were made in the second-half did they manage to stifle Clyne somewhat.

He was still a menace after the interval, however, and was denied by an excellent save by goalkeeper Matus Kozacik, following a delicious through-ball by Sturridge.

In typically English fashion, Clyne stayed on his feet following clear contact – had he gone down a penalty would likely have been given.

His influence did dwindle a little in the latter stages, with Slovakia doubling up on him and making things tighter, but it was still an excellent night for the full-back.

Defensively, he was as immaculate as ever, albeit without ever being tested, and he proved what a threat he can be in the attacking third.

Hodgson will no doubt bring Walker back into the starting line-up for their last-16 match next Monday, but Clyne could not have done much more to sway his manager’s thought process.

Henderson is a footballer who will forever divide opinion, and his inclusion in the starting eleven predictably saw rival fans on social media sent into meltdown.

The Liverpool captain was deployed slightly to the right of a midfield-three in Hodgson’s 4-3-3 formation, as he looked to stamped his authority on an international tournament.

While this was not the perfect night for Henderson, he was one of England’s more creative, forceful players for much of the game.

He started well in a defensive sense, marshalling Slovakia talisman Marek Hamsik and breaking up play, but as the Three Lions took charge, it was the attacking side of his game that took over.

In the 16th minute, Lallana cross found the 26-year-old at the back-post, and after taking the ball down expertly, his goal-bound shot was blocked.

Henderson then produced one of the passes of Euro 2016 so far, setting Jamie Vardy clean-through with the outside of his foot, but the Leicester City striker was denied by Kozacik.

Had it been any of Wayne Rooney, Jack Wilshere, Dele Alli or even Lallana who had pulled off a pass of such brilliance, we would never have heard the end of it.

This is where Henderson is incredibly harshly treated, with few crediting him for what would have been a glorious assist.

His link-up with Clyne was superb throughout the first-half, and a volley just before half-time was once again blocked.

The midfielder let himself down with his crossing, both from corners and open play, with endless efforts either over-hit or failing to clear the first man.

It would be wrong to make excuses for him in that respect, given how effective he has been in that aspect of his play for Liverpool at times.

Like so many England players, Henderson’s influence waned as the match went on, although one excellent cross found Alli, who was denied by a Skrtel goal-line clearance.

Many supporters have simply made their mind up about Henderson, and will slaughter him regardless of his performance, but the positives easily outweighed the negatives in Saint-Etienne on Monday.

There were times when his technical ability let him down – he doesn’t look natural on the ball, which works against him – but had more illustrious names performed like he did, they would have been praised by pundits and fans alike.

Going into the match, Lallana could certainly stake a claim for being England’s standout player at Euro 2016 so far.

The 28-year-old had taken his fluent club form with him to the international stage, displaying typical quick feet, clever movement and an admirable work-rate.

Lallana was one of only five players to keep their place in the side, and although he did plenty of good, this was his most low-key display of the tournament to date.

Used to the left of front-three, there was plenty of early drifting into central areas from the Liverpool man, and Slovakia found it tough to keep him quiet.

A couple of trademark Lallana turns caught the eye, while a dragged shot wide in the 13th minute was one of his side’s first meaningful attempts on goal.

He found Henderson with a precise cross soon after, as he continued to look like one of England’s most likely match-winners.

But this is the one problem with Lallana. He can flatter to deceive.

Such is his aesthetically-pleasing nature on the ball, he gets away with a lack of end product on occasions – the total opposite to Henderson.

He should really have buried the aforementioned chance that came his way before half-time, following Clyne’s low cross. His finishing is still erratic at best.

Lallana is a very good footballer with plenty of plus points, but there is a reason why he is still searching for his first England goal, having appeared 26 times for his country.

His night came to an end on the hour mark, with Alli replacing him, and while he had not done much wrong, a little more substance in the final third was required.

Even if you don’t particularly want England to do well at the Euros, as is the case with plenty of Liverpool fans, it was difficult not to enjoy Sturridge’s late goal against Wales last Thursday.

It was a great moment for the Reds’ striker, and one that silenced the numerous critics that bizarrely cannot warm to him.

His influential second-half showing in that game earned him a start on Monday, with Hodgson predictably playing him out of position – on the right of a front-three.

Sturridge found it tough to get involved in the early stages of the game, although only some sharp Slovakia defending prevented him from stealing in in the ninth minute.

A couple of sloppy pieces of play, in which he was guilty of holding onto the ball for too long, let the striker down a little, but he was starting to drift inside and make more of an impact.

Every time Sturridge had the ball at his feet you felt as though some magic may occur – something that cannot be said of too many Three Lions players.

In the second-half, the 26-year-old continued to be more of a central influence, and he started to thrive in something close to a ‘Number 10’ role.

His eye for a pass came to the fore, and he showed that he is far more than just a ruthless finisher. The pass to set-up Clyne was perfectly executed.

With 17 minutes remaining, Sturridge missed a glorious chance to put his side ahead, failing to connect with a volley, with the goal at his mercy.

It was a frustrating moment, and one that tarnished what had been another lively performance in an England shirt.

He was substituted for Harry Kane soon after, although quite how the lifeless Vardy wasn’t replaced instead was Hodgson at his finest.

It wasn’t an outstanding night for Sturridge, by any means, but he showed exactly why he must continue to start for the rest of England’s Euro 2016 campaign.

Skrtel has taken plenty of flack for his performances for Liverpool last season, with his eight and a half years on Merseyside set to come to an end this summer.

After a shaky display against Wales earlier in the competition, there were many who felt the likes of Sturridge and Vardy would give him a torrid evening on Monday.

The 31-year-old was excellent all evening, though.

He was roasted for pace by Vardy in the first-half, but in fairness, the Leicester man would probably fancy his chances against Usain Bolt currently.

Other than that, Skrtel enjoyed a solid opening 45 minutes, as he and his teammates limited England to only a few good opportunities.

After the break, the Reds centre-back really shone.

His goal-line clearance to deny Dele Alli was arguably the game’s most pivotal moment, and there was a leadership about Skrtel that we have not seen enough of at Anfield over the years.

These backs-to-the-wall matches bring out the best in Skrtel, and come the final whistle, it was hard to begrudge him his official Man of the Match award.

This will do nothing to save his Liverpool career, or alter opinion about some of his deficiencies, but Skrtel was an absolute rock for his country.

Without him, England would have won the game.