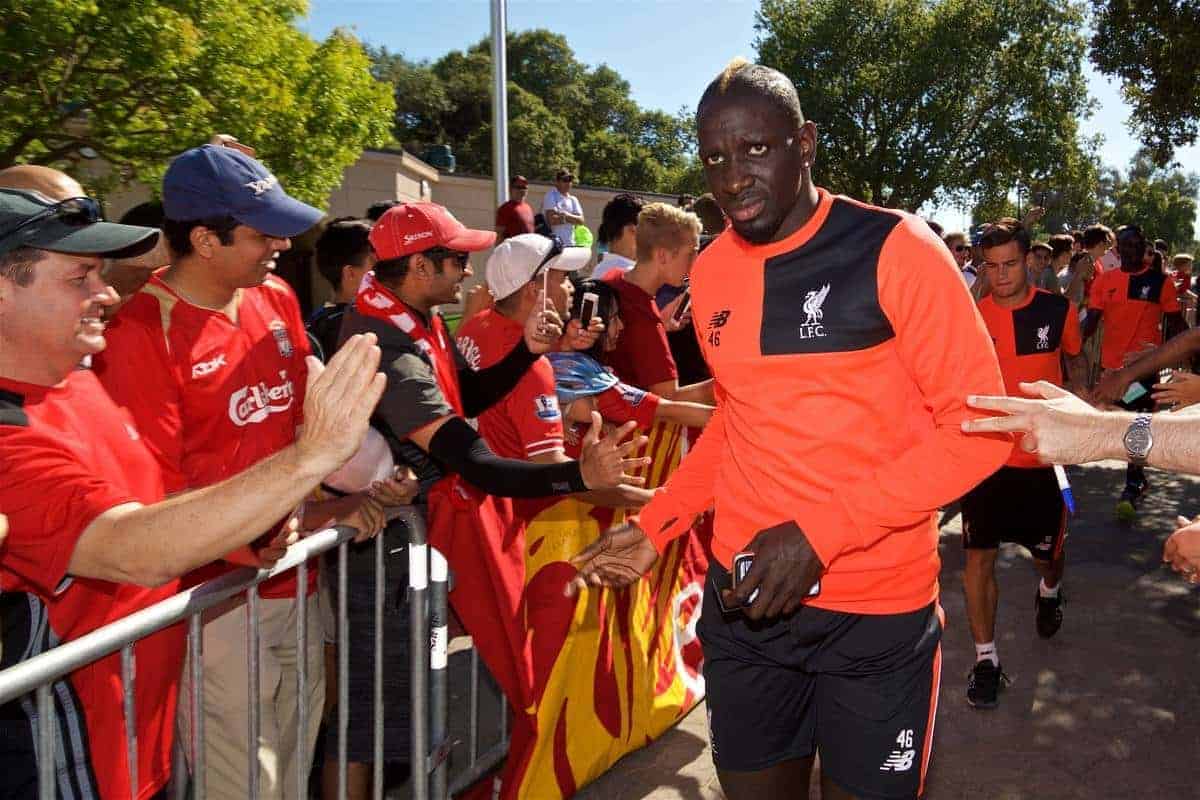 Mamadou Sakho has left Liverpool’s training camp in America amidst reports that Jurgen Klopp is concerned about his attitude around the squad while injured.

The French defender, who missed the end of last season after failing a UEFA drugs test but saw no further action taken against him this summer, was with the squad despite suffering an Achilles injury earlier in pre-season.

However, Sakho has flown back to the UK – along with Brad Smith as he finalises his move to Bournemouth – while other injured players, Lucas Leiva and Joe Gomez, have remained Stateside.

The Echo’s James Pearce reports that Sakho’s attitude around the training camp in Northern California had raised concerns and prompted his early return to Merseyside.

It’s reported that the directive to send Sakho home early came directly from Klopp, not on the advise of the medical staff, with Sakho’s diligence around the squad questioned.

The Telegraph report that “Sakho has flown back home to England after Klopp finally ran out of patience with the French defender’s attitude during their stay in Palo Alto.

They claim: “Sakho has infuriated Klopp on at least two occasions and he has been sent home with his future at the club now appearing uncertain.”

It comes just days after Sakho featured in a video from the club during their tour of Alcatraz, where Klopp revealed that the 26-year-old had been a late arrival when the squad jetted off to America last week.

It’s not the first time Sakho’s influence on the squad has been questioned, with similar concerns being raised during Brendan Rodgers’ time at the club.

Sakho apologised to the club and supporters after leaving the stadium before the Merseyside derby in 2014 after finding out he wouldn’t be starting the match.

I really want to apologise to the club, the supporters and every person who felt offended when I left the stadium this afternoon.

His early departure from California will raise doubts over his future, just weeks after he had moved to the squad number 3 and reports had suggested he was the first-choice left sided centre-back once fit.

New signing Ragnar Klavan, a left sided centre-back, will make his first appearance for the club against Chelsea on Wednesday night in Los Angeles. Joel Matip will miss the game through injury, leaving only Dejan Lovren and Klavan as recognised centre backs. Andre Wisdom could feature there. Tiago Ilori is away with Portugal at the Olympics.

Liverpool travel to southern California on Tuesday evening, with owner John W. Henry and wife Linda Pizzuti having arrived in LA on Monday.

Klopp’s hardline approach with Sakho is further evidence that the manager will accept nobody who gets in the way of the squad progressing.