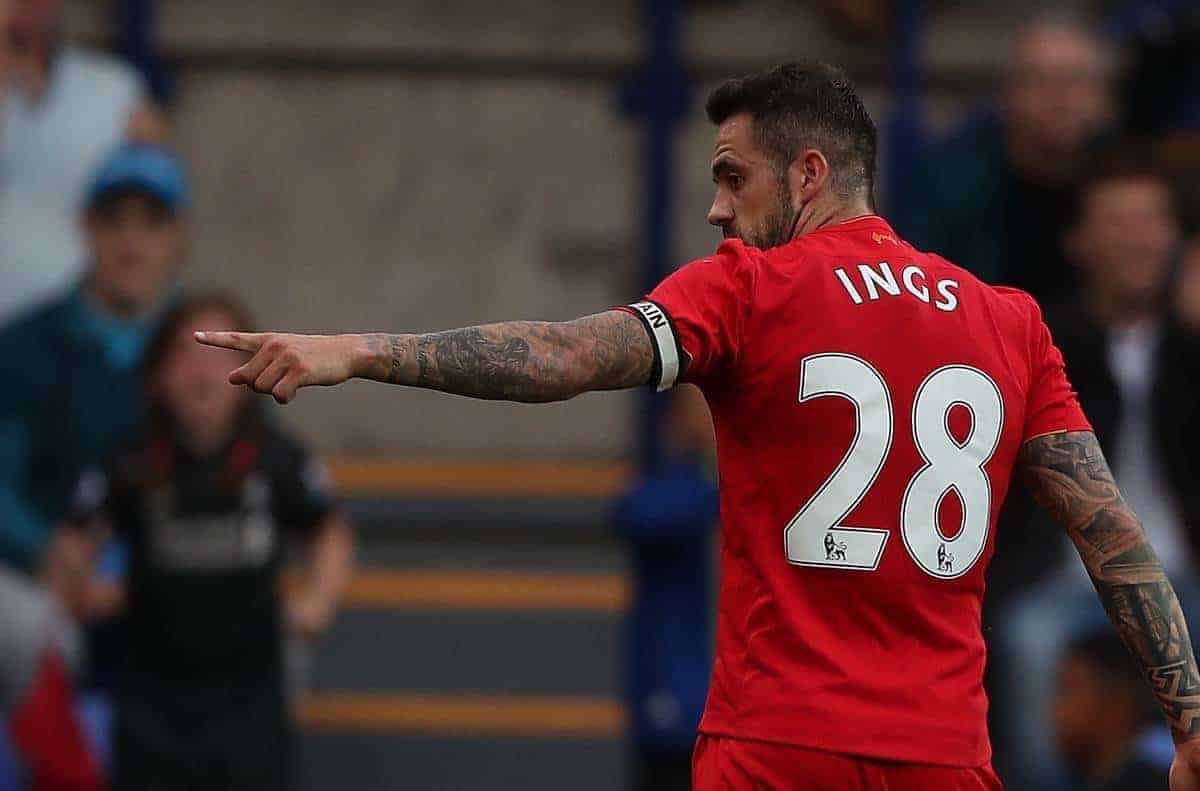 Liverpool kicked off their pre-season campaign in positive fashion, with Jurgen Klopp’s squad running out 1-0 winners against Tranmere Rovers at Prenton Park.

A crisp finish from Danny Ings gave the Reds victory on their return to action against Gary Brabin’s National League side.

New signings Loris Karius, Joel Matip and Sadio Mane all made their Reds bows in a game that Klopp utilised nearly the full group at his disposal, as he eased his players back into action to gain fitness and match practice.

It proved a productive workout for the Reds against the local outfit and there were plenty of positives from a good evening of football.

Here is what we learned from this Friday night pre-season opener. Three of Liverpool’s four summer arrivals were handed their Reds’ debuts at Prenton Park, with each showing positive signs that they are adapting quickly to life at Anfield.

Though Marko Grujic was unable to feature due to work-permit reasons, Karius, Matip and Mane were all handed starting roles against Rovers and certainly showed that they are settling into life at the club.

Each player looked comfortable with Liverpool’s style of play and their new team-mates during their first-half outings, with Karius impressing with his assured nature and footwork behind Matip, who showed he can provide a calming and physical presence in defence.

Meanwhile, Mane posed a lively threat from the right side of attack during the first 45 minutes, instantly showing promising signs of linkup play with Roberto Firmino, and he should have marked an extremely bright debut display with a goal.

Though all featured for the first 45 minutes only, the new boys certainly looked to be adapting perfectly at Anfield.

Klopp Will Hand Youngsters the Chance to Impress

Missing 13 first-teamers due to international involvement, a number of young talents were always likely to be involved for the opener.

But with an oversized squad and plenty of senior figures like returned loanees Lazar Markovic and Andre Wisdom, as well as fit-again Danny Ings, you would have been within your rights to assume established names would start over their juniors.

However, Klopp showed that even though futures of certain senior men need deciding, youngsters will certainly play a part and be handed their own chance to prove their worth for first-team involvement.

Cameron Brannagan, Ryan Kent and Ovie Ejaria all started at Prenton Park, each catching the eye with their use of the ball and confidence on the first-team stage—with the latter Liverpool’s star performer in the first period.

Meanwhile Connor Randall, Pedro Chirivella, Ben Woodburn and Trent Alexander-Arnold—who grabbed an excellent assist for Ings’ winner—all enjoyed second-half run-outs, with Klopp showing youth will be blooded as he builds for the long term after committing his future to the club.

The German proved he will ensure Melwood’s talent is afforded the chance to blossom, which they all showed glimpses that they can if given the opportunity.

Loris Karius is Composed With His Feet

Liverpool’s new German goalkeeper made his bow at Prenton Park, and instantly caught the eye—not just for the luminous green kit he wore.

The German impressed with the composure of his footwork, looking perfectly comfortable receiving back-passes, and he was confident with his first touch and redistribution of possession, finding Matip and Lovren with no fuss.

While it was a simple task for the new stopper, who was under little pressure from the Tranmere attack, his familiarity and suitability to playing out from the back was particularly noticeable—and pleasing.

Having endured hundreds of heart-in-mouth moments with Simon Mignolet over the years, it was a strange feeling to see a Liverpool goalkeeper with such confidence and composure with the ball at his feet.

Though it may take some time to get used to, Karius looks like he may provide a welcome change.

Danny Ings is ready to prove his worth Having made a promising start to life at Anfield last season, Ings cruelly had his campaign ruined by injury, making for the toughest of debut campaigns on Merseyside.

But entering as part of the second-half lineup at Prenton Park, Ings showed hugely promising signs that he’s ready to put a nightmare first year in L4 behind him by producing a sharp display that he capped off by netting the winner.

Captaining the Reds after the break, Ings provided a determined figure in attack, leading by example with his selfless work rate, providing a constant out-ball for the midfield and forcing his way into goalscoring positions.

He also showed his quality and creativity, brilliantly darting in behind, turning and finishing for his goal—which came moments after he nearly scored a goal-of-the-pre-season contender with a bicycle kick.

It was great to see Ings back on the pitch, where he will hope to feature heavily as he proves his worth in pre-season.

Returning to Merseyside after a season-long loan at AC Milan, there was slim hope that Balotelli may revive his Liverpool career under Klopp this pre-season.

The feeling around Anfield has been that if anyone could shake the Italian into life and help him to realise his talent, it would be Liverpool’s inspirational and personable German leader.

But having been omitted from the squad for the opening trip to Tranmere, this is as close to official confirmation as you can get that Balotelli’s Liverpool career is over once and for all.

Klopp has clearly decided the former Man City striker is not worth persevering with, and though it is a shame with the talent Italy international possesses, it’s the right move with no room for disruption as he assembles a unified squad for the new season.

Balotelli is said to have trained professionally at Melwood this week, suggesting that the striker was fully aware it was his last chance to prove himself, but his efforts have proved too little too late—and rightly so after wasting enough time already to turn his career around.

Back to finding a taker we go…