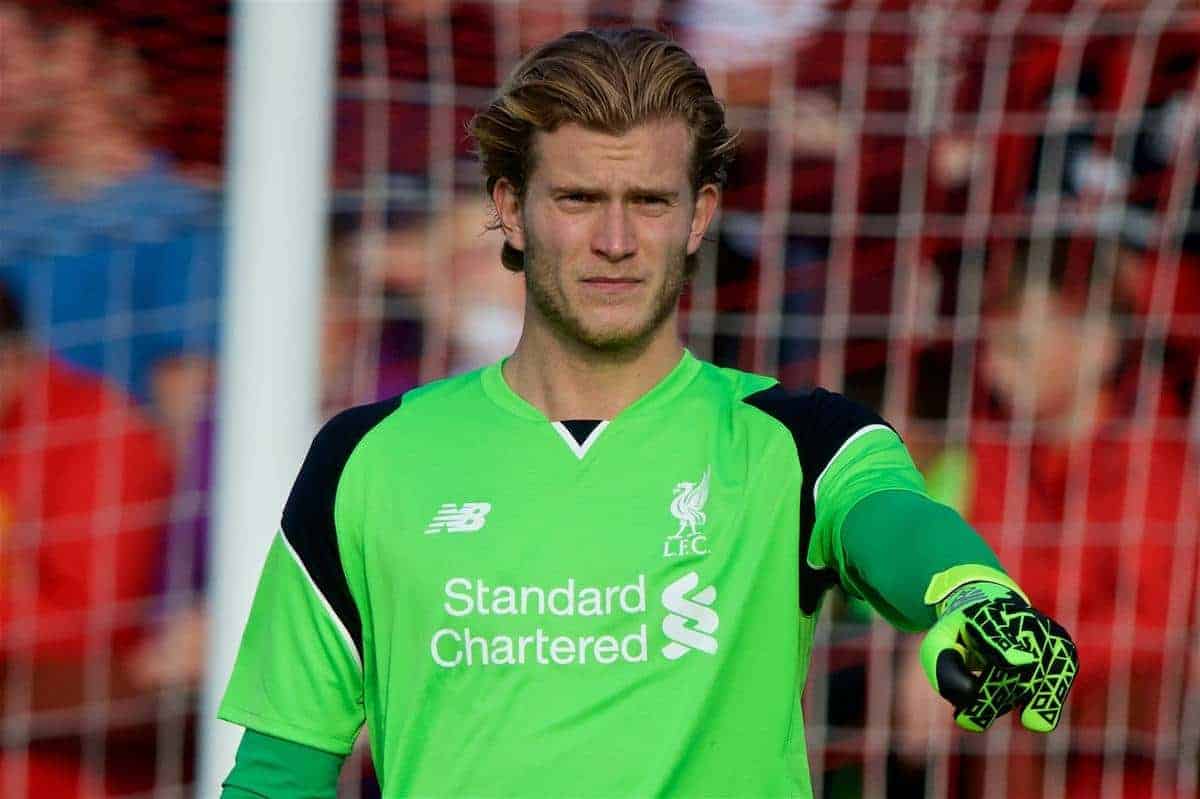 Liverpool manager Jurgen Klopp has confirmed that goalkeeper Loris Karius will make his debut for the club against Derby County on Tuesday.

The £4.7 million summer signing has had to be patient to make his bow for the Reds, having suffered a broken hand in a pre-season game against Chelsea in July.

Now fully recovered, Karius has been named on the bench for the last two Premier League fixtures and Klopp has confirmed the German will get his debut on Tuesday night – provided nothing changes before kick-off.

“When we signed him, you can imagine we thought he was not so bad!” said Klopp on Monday.

“We [Germany] always had good ones [goalkeepers], that’s kind of the mentality, we like this job, obviously kids like it.”

On Karius, Klopp said: “I saw his way from a very bad start at Mainz when nobody really wanted him, then to an outstanding goalkeeper and that’s what I was interested in. That’s what we got. He’s a really good goalkeeper.”

Many expect Karius to eventually usurp Simon Mignolet as Klopp’s first-choice goalkeeper, and the manager pre-empted such questions when talking to the media.

“I know where your question should lead; the thing we wanted was two really strong goalkeepers and I think that’s what we’ve got.

“He [Karius] had an advantage in the pre-season but couldn’t use it because of the injury and Simon came back in exactly this moment from the national team, [he] did a brilliant job.

“I really don’t want to make a big battle of these goalkeepers; goalkeepers need to feel secure, you cannot play your whole life as a goalkeeper without conceding goals.

You need a manager who increases confidence. The pressure on the players is big enough, I don’t need to add more.

“They will try their best and at the end, If I have a feeling for something then I will change or not.

“It’s not about because we paid money for Karius and we didn’t pay money last season for Simon, that makes the decision.

“What I see in training is two very good goalkeepers. Now they just have to perform.”

Asked whether Mignolet was still the number one choice, Klopp refused to answer, saying “No number one, no decision to make, it’s only about performing.”

Klopp also told reporters that Emre Can was available to face Derby, but that no decision had been made on whether the German will start the match.