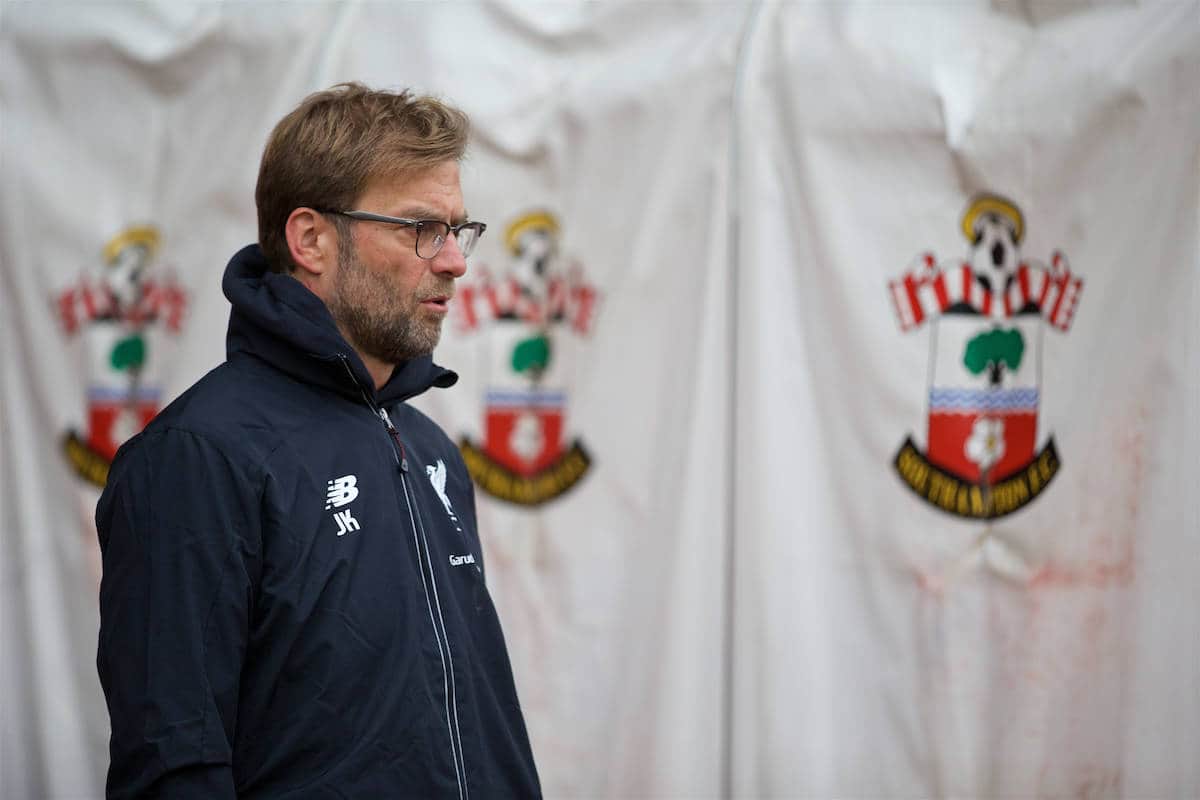 The stalemate at St Mary’s, only the fourth time this season the Reds have not won, saw them lose top spot after just one match as Premier League leaders.

Klopp felt that after scoring 10 in their previous two matches against Crystal Palace and Watford prior to the international break there was a growing belief outside of their Melwood training ground bubble that his side would continue to fly through fixtures against the so-called lesser sides.

“The Southampton game was really important for us – the result was not too nice – but the games before looked a little bit like we were in the flow and it was easy,” he said.

“Then we had this day when we didn’t score early – didn’t score at all – but we stayed in the game and we are ready for the work we have to do.

“Not at the 12th match day (can you) have expectations about the games because we are in a good position.

“If someone was disappointed after the game we were not first in the table any more it is really crazy.

“If you want to keep this position or make it better you have to improve 100 per cent and there is a lot of space for us.

“If I had any doubt about the attitude of the players it (the Southampton result) would have helped because with 80 per cent concentration you get nowhere in the Premier League.

“But it wasn’t about attitude so I was really happy with the attitude and a lot of parts of the performance.”

Sunderland, who lifted themselves off the foot of the table last weekend with a second successive win, are the visitors to Anfield on Saturday as former Everton and Manchester United manager David Moyes returns to his bogey ground where he has drawn seven and lost six of his last 13 visits.

Despite their struggles this season Klopp is under no illusions about the difficulty of the task ahead despite his side scoring 19 times in six games at Anfield this season.

“It’s like the points are already on the counter and we couldn’t be further away from having the points already,” he said.

“We will not underestimate them, 100 per cent not. If one person in the stadium underestimates them it would be the first mistake we could make.

“They (Sunderland) have not the highest amount of possession so that shows they are a counter-attacking team.

“But they don’t only make counter-attacks, they have other strengths too with set-pieces.

“It was a team which we forced to defend deeper and that can happen against any team.

“So I am excited about having the chance again to show we are still there and still in good shape and use this opportunity to fight for the result.”