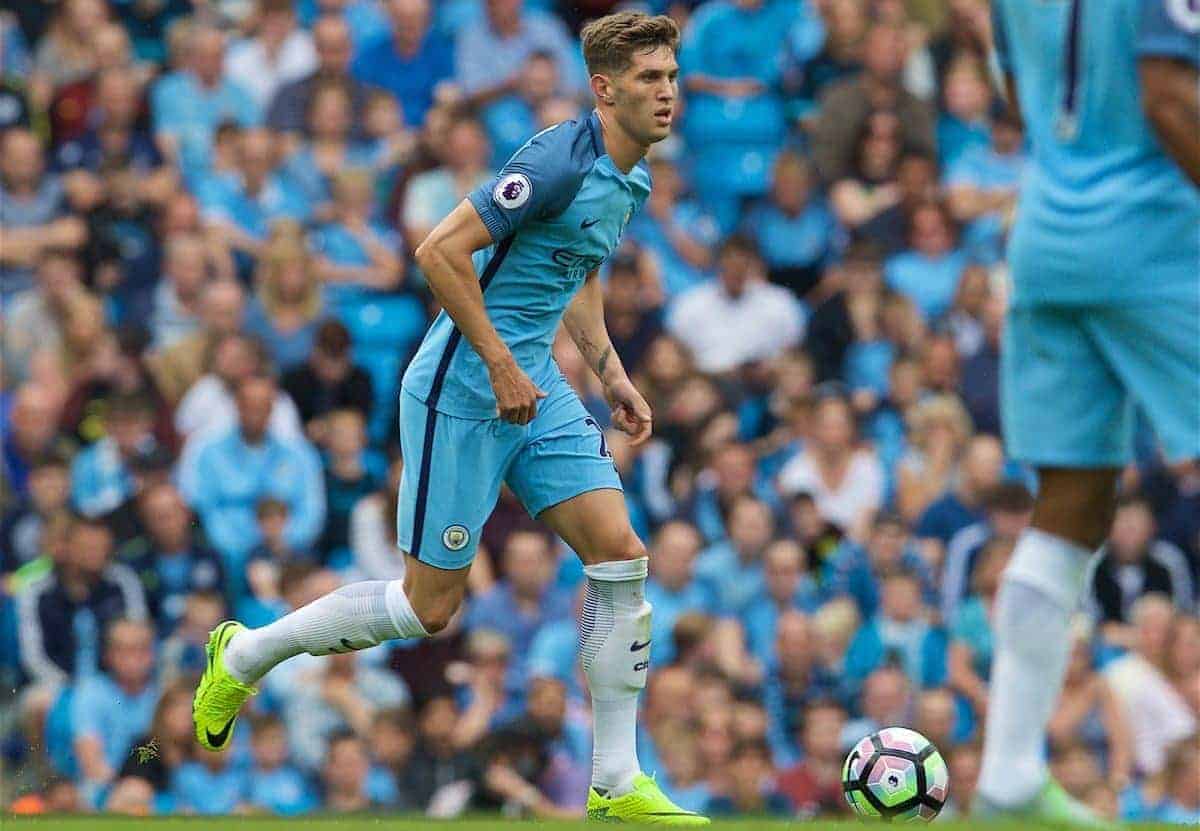 Manchester City manager Pep Guardiola has revealed John Stones is in the running for their clash with Liverpool on New Year’s Eve.

City take to Anfield for a 5.30pm kickoff (GMT), in what promises to be one of the most fiercely contested fixtures of the Premier League campaign so far.

Liverpool sit second in the table ahead of the game, while City are one point behind in third, and victory for either could change the course of the title race significantly.

Jurgen Klopp told reporters on Thursday afternoon that both Joel Matip and Philippe Coutinho were still unavailable due to ankle injuries.

But speaking on Friday, Guardiola provided a more positive update for his side, with Stones set to return to the squad after a knee problem saw him limp off 18 minutes into Boxing Day’s 3-0 win away to Hull City.

Guardiola said that the 22-year-old was “much, much better,” and this could leave him free to partner Nicolas Otamendi at the back.

Pablo Zabaleta could also feature, but Guardiola explained that former Liverpool target Leroy Sane would miss out, as will long-term absentees Vincent Kompany and Ilkay Gundogan. Stones’ involvement should be of less concern to Klopp than the return of Sergio Aguero, however, with the Argentina international back after a four-game suspension.

Aguero is poised to take up his place as City’s focal point in attack, with his tally 16 goals in 19 games this season underlining his threat.

“Aguero is ready—he came back good from Argentina,” Guardiola said.

“Finally, he came back after a four-game ban and we are happy he is back.”

Klopp has already highlighted Aguero as a key man for City, insisting that his defence must avoid costly mistakes around the No. 10.

“We have to avoid the easy passes, I would say,” he explained at Melwood.

“Probably we cannot avoid each pass in his area, but the easy ones we should avoid and we are able to defend really well.

“For this, we need to be concentrated, that’s the biggest challenge in this game, to play at the highest concentration level in each second of the game.”

Joining Matip and Coutinho on the sidelines for Liverpool are Marko Grujic and Danny Ings, while Lucas Leiva was rumoured to be undergoing a medical at Inter Milan, and could also miss out.