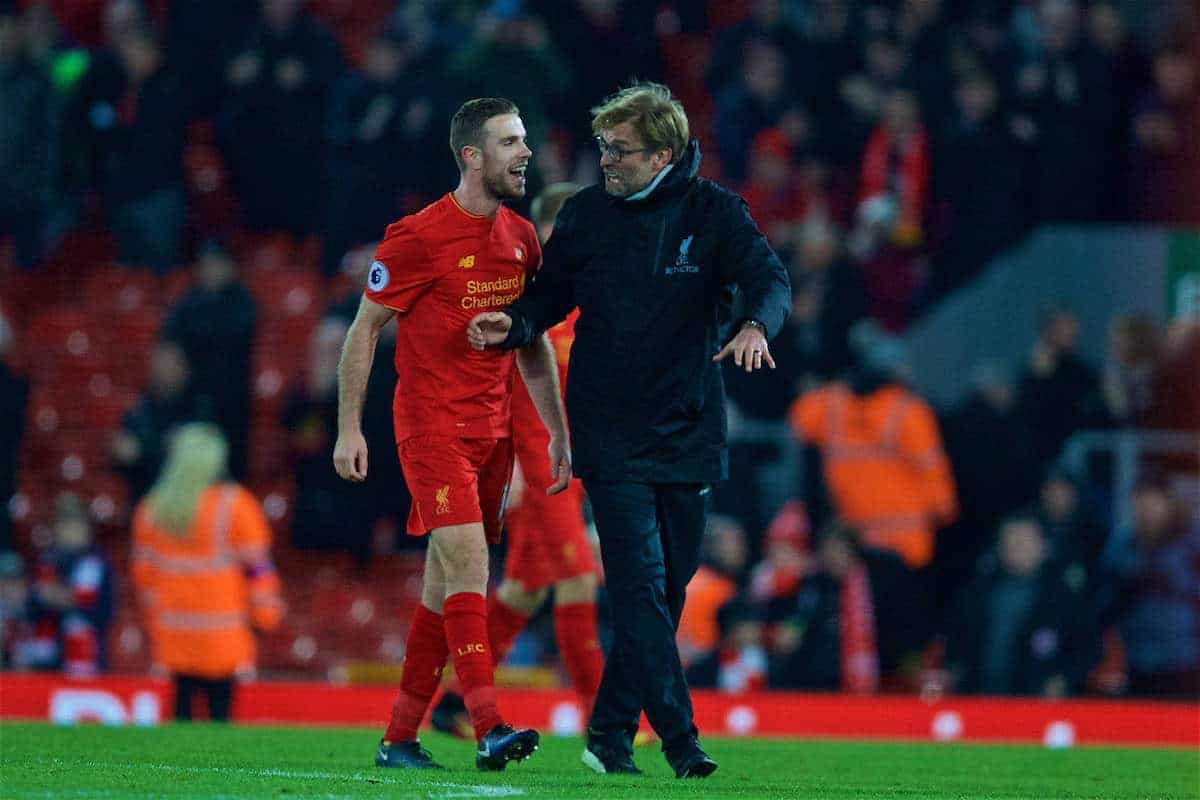 Liverpool skipper Jordan Henderson was impressed with the way his side weathered an early storm from Stoke during their 4-1 Premier League victory at Anfield.

The visitors, who included former Reds striker Peter Crouch in their starting lineup, troubled the Liverpool defence early on and were rewarded when Simon Mignolet failed to keep out Jon Walters’ near-post header in the 12th minute.

But Liverpool gradually came back into the game and led at half-time courtesy of goals from Adam Lallana and Roberto Firmino.

An own goal from Giannelli Imbula and a smart finish from substitute Daniel Sturridge after the interval ensured Liverpool moved back into second place in the table, six points behind leaders Chelsea.

Henderson told Sky Sports: “Early on they put us under some pressure and we struggled to deal with the long ball, and the flick-on, in the first 15 minutes and they got the goal.

“The start wasn’t great, but, after the goal, I thought we dominated again and scored some good goals.”

With title rivals Chelsea, Manchester City and Arsenal all winning on Monday, the pressure was on Jurgen Klopp‘s side to keep up with the pace.

But Henderson is not worried about other results, adding: “It doesn’t matter about anyone else, it just matters on what we do and we are just focussed on what we need to do.

“Every week is a different challenge for us and today was another big test that we coped with well.”