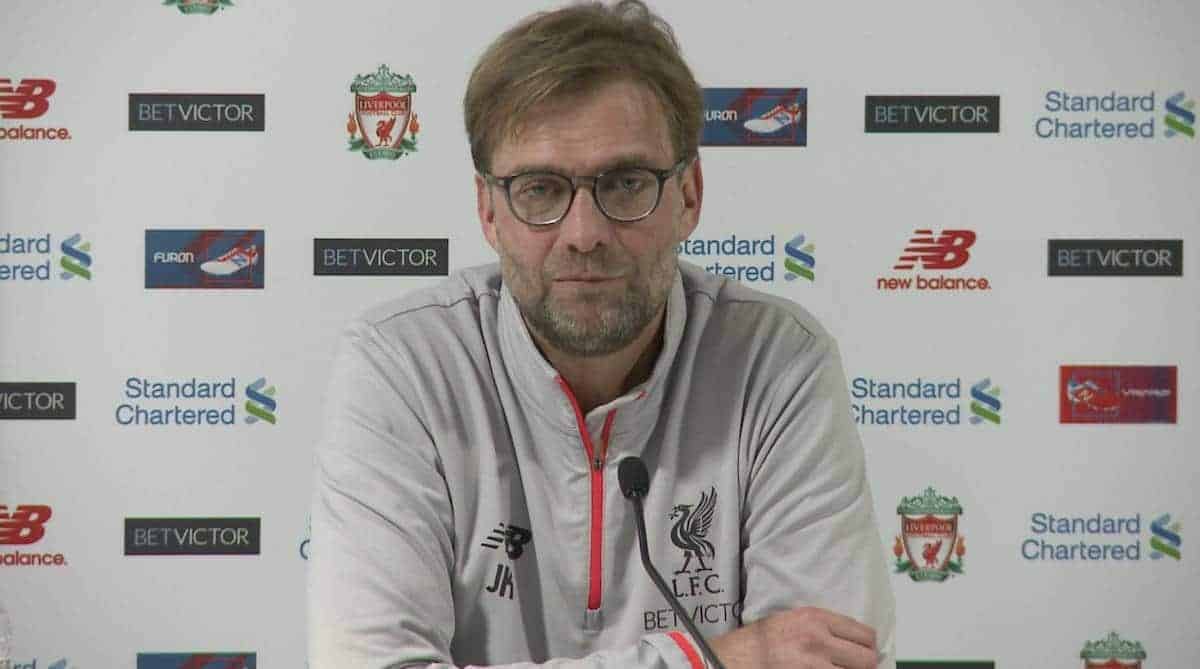 Watch Jurgen Klopp speak to the media after Liverpool’s 1-1 draw at home to Chelsea.

Klopp said he was happy with the performance of the team, especially after such a bad run of form of late.

“I’m happy about the performance. We played against a very strong, experienced side,” he said.

On Chelsea‘s goal from David Luiz from a free-kick, Klopp praised the ingenuity of the free-kick.

“[It was an] outstanding goal,” praised Klopp, while defending Simon Mignolet. “It was really smart, really clever, well done, we have to respect this.”

On the awarding of the free-kick for Chelsea‘s goal, Klopp said: “No, I didn’t think it was a foul. I think Hazard wanted a free-kick.”

On Chelsea‘s penalty: “The problem with penalty is we had the same situation vs. Wolves and there was no whistle (for us).”

Overall, Klopp assessed: “It was good. Unbelievably good atmosphere. In a game like this we need to learn to keep our nerve.

“Now with 15 games, with full squad, lets give it with all we’ve got.”