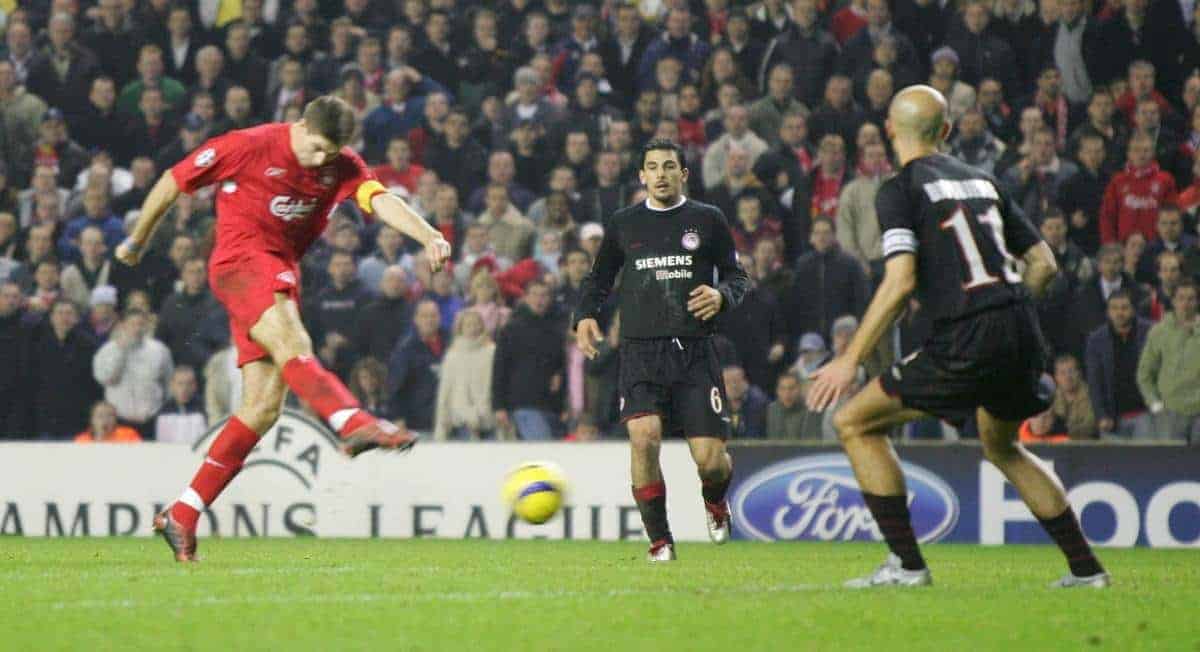 Philippe Coutinho has become Liverpool’s talisman since Steven Gerrard’s departure, but can the Reds’ no.10 recreate the former skipper’s iconic goal against Olympiakos?

Gerrard’s goal in 2004 – en route to the Champions League final in 2005 – is one of the most memorable from Liverpool’s recent history, completing an incredible comeback on the night to deliver the two-goal margin required to progress to the next round.

The accompany ‘Oh you beauty’ commentary has also taken its place in the memory banks of supporters.

Receiving the ball from Neil Mellor’s knock down, Gerrard unleashes a pile drive of a shot that arrows into the Kop goal. A perfectly struck half volley.

As you can see from Coutinho’s attempts at recreating it – it’s not easily done!