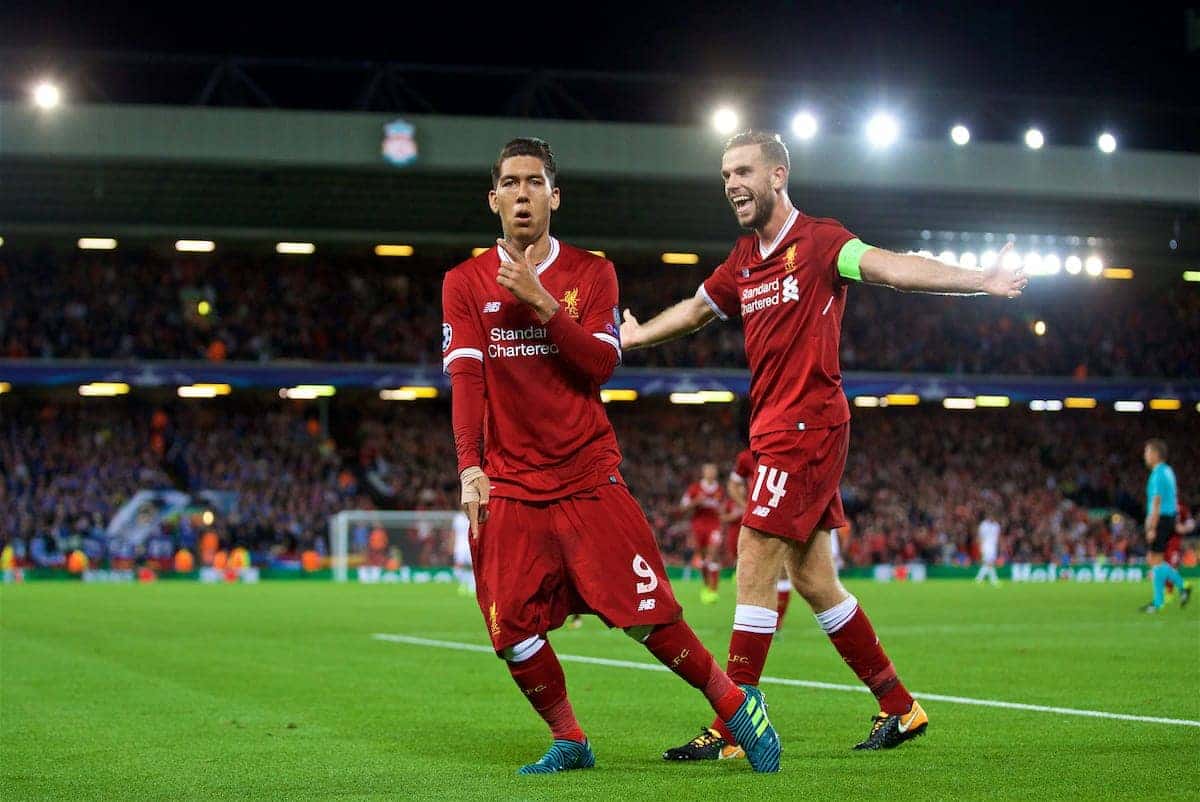 Steven Gerrard was full of praise for Liverpool striker Roberto Firmino for his role in Wednesday night’s 4-2 triumph over Hoffenheim.

The Reds secured their place in the Champions League with a 6-3 aggregate win over the Bundesliga side in their two-legged play-off.

After a hard-fought win in Sinsheim last week, Jurgen Klopp‘s charges turned on the style as European football returned to Anfield, scoring three times in the first 21 minutes.

While Mark Uth and Sandro Wagner struck to reduced the deficit, it was smooth sailing for Liverpool from the first whistle, and Firmino was arguably the standout performer.

Speaking after the game, Gerrard lauded the No. 9’s selfless display alongside Sadio Mane and Mohamed Salah in attack.

“Every time Liverpool won possession, the switch of play, because the line was so high with the back three, they caused them all sorts of problems,” he told BT Sport.

“Roberto Firmino’s performance has been absolutely stunning. His quality, his vision.

“He keeps getting Liverpool players in. It was stunning, one, two touch football.

“Every time Roberto Firmino gets the ball, if you’re a runner in this team, your eyes light up and you get on your bike.

“He drops in deep, lays the ball off and the little dink with [his] left foot to put it on a plate for Emre Can [for his second goal] was world class.”

Firmino created the joint-most chances for the Reds on Wednesday night, with three, level with the improving Georginio Wijnaldum.

His contribution to Can’s second was sensational, with a deft flick laying the ball into the path of Wijnaldum, before charging forward to meet Mane’s backheel and tee up the volley.

Gerrard wasn’t the only one to highlight Firmino’s performance, with Klopp singling his centre-forward out for praise in his post-match press conference.

“Roberto Firmino, what a game he made today—it was pretty much in a lot of moments not to defend,” he told reporters.

“He gave the opportunity to the two quick boys on the wing, that they could have one-on-one situations that they used outstandingly good again.”

With the arrival of Salah this summer, Firmino has shifted into a more natural role in attack, still operating in the central role but able to drop deeper.

This allows him to create openings for his attacking counterparts, and as Liverpool’s performance against Hoffenheim proved, it can prove devastating.