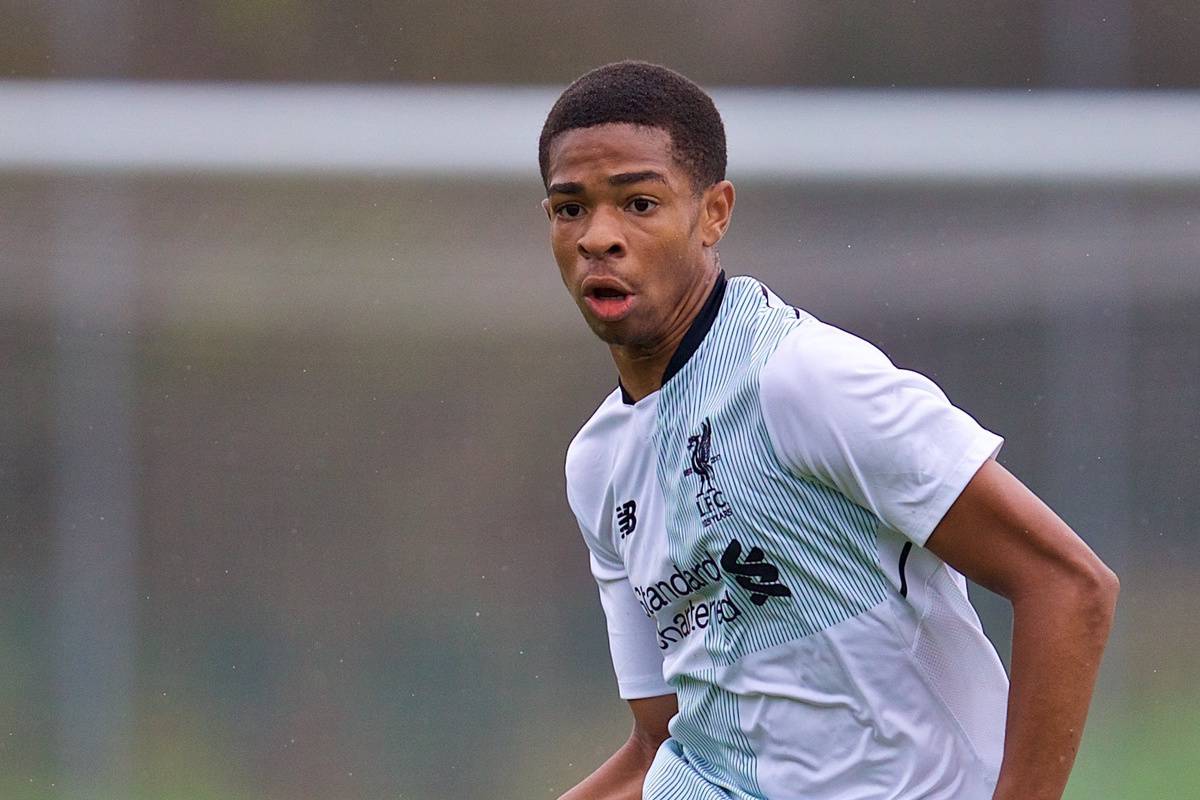 Having left a floundering Arsenal academy setup in 2015, Liverpool U18s midfielder Elijah Dixon-Bonner will be looking to impress Steven Gerrard.

When Andries Jonker left his position as Arsenal‘s head of academy in February, the north London club were left licking their wounds, with the Dutchman failing to build on Liam Brady’s legacy.

Jonker had arrived from VfL Wolfsburg, where he was assistant manager, but while his forthright approach had proved a success in both Germany and the Netherlands, it did not translate to England.

While Arsenal haven’t exactly stepped backwards on the youth stage since Jonker’s appointment in 2014, they have hardly made strides either, and the 55-year-old departed having lost faith.

His approach, more dogmatic than pragmatic, left youngsters jaded, and many opted to leave for other clubs rather than sign a professional deal: case in point, Liverpool’s Ovie Ejaria.

Ejaria joined the Reds in 2014, having been offered a scholarship by the Gunners, while six months later he was followed to Merseyside by centre-back Mich’el Parker.

Six months after Parker, Dixon-Bonner became the latest to make the switch from Hale End to Kirkby, signing a “long-term deal” with the Reds in 2015.

Arriving during the same summer as both Luis Longstaff and Rhian Brewster, Dixon-Bonner had caught the eye with the Arsenal U15s at the Marveld Tournament in Holland a month earlier.

The young Gunners finished second, ahead of the likes of Paris Saint-Germain, Barcelona, Feyenoord, Ajax and a Man United side that included England U17s’ World Cup winner Angel Gomes.

And on moving to Liverpool, Dixon-Bonner was thrown straight back into cup football, as part of a strong squad, including Curtis Jones and Glen McAuley, for the Milk Cup in Northern Ireland.

Dixon-Bonner impressed as the young Reds reached the semi-finals, eventually losing to Southampton—Ghanaian side Right to Dream, who also won the Marveld Tournament, thrashed the Saints in the final.

At 14, Dixon-Bonner had already made his first appearance for the Liverpool U18s in a 2-0 friendly win over Cork City, but it was clear the midfielder would settle with the U16s.

There he remained, establishing himself as a key figure for Des Maher, before making the step up to join Gerrard’s U18s in 2017. Dixon-Bonner is a cultured, creative midfielder at his best operating in the middle of the park, and is comfortable either sitting deep or in a more progressive role.

His composure in possession belies his young years, and while he is yet to flesh out physically, he does not look out of his depth at U18 level, despite not turning 17 until January.

Struggling with injuries this season, notably missing Gerrard’s first competitive clash in charge—a 1-1 draw away to Derby County—Dixon-Bonner has slowly established himself in midfield.

His first appearance of the season came in September’s dramatic 2-2 draw with Stoke City, and Gerrard has been able to rely on him since the start of October.

Arguably Dixon-Bonner’s best performance of the campaign so far came in the young Reds’ 5-2 victory at home to West Brom in the U18 Premier League, showcasing his impressive passing play with an assist for Liam Millar.

Gerrard has been able to call upon the 16-year-old in a midfield two, with his intelligence and authority allowing him to preside over games. Dixon-Bonner is a regular on the England youth stage, too, most notably serving as captain of the U16s, and has often expressed his “honour” in representing his country.

It will have been a major lift, then, that Dixon-Bonner was named in Steve Cooper’s new-look England U17s squad for the November international break.

Joined by Jones, Longstaff and Paul Glatzel, he has been earmarked as part of the new generation of English youngsters, looking to build on October’s World Cup triumph in India.

“We want the players to feel confident and we want them to play with belief. We want them to feel a belonging to the DNA of the England teams,” Cooper said on naming his squad.

“Every team we work with, the players are always very proud and passionate about representing their country and are desperate to get back to St. George’s Park to continue that.” This is certainly the case with Dixon-Bonner, and the same can be said when working under Gerrard at Kirkby, with the teenager paying tribute to “the greatest ever Liverpool player” when he bid farewell to Anfield in 2015.

It is still early days, but things are moving fast for Dixon-Bonner—stay on his current trajectory, and he can look forward to a big future at Liverpool.

Just as with Brewster when he left Chelsea, Dixon-Bonner’s decision to swap Arsenal for Liverpool could prove to be a very wise one.