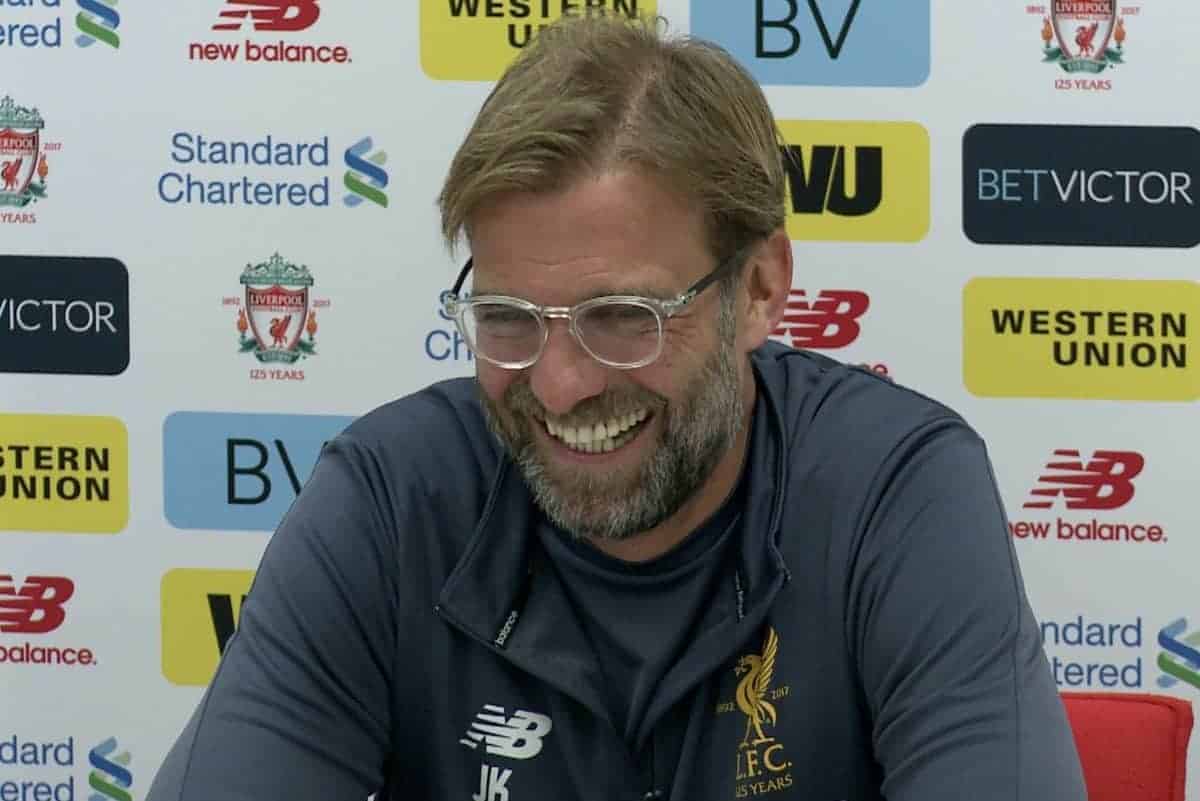 Watch Jurgen Klopp‘s pre-match press conference, as Liverpool prepare for an all-important clash with Chelsea in the Premier League at Anfield.

The Reds will be looking to put their miserable 3-3 Champions League draw with Sevilla behind them as they entertain Antonio Conte’s champions in a Saturday evening kickoff.

Chelsea arrive on Merseyside boosted by a 4-0 victory away to Qarabag in Europe on Wednesday, ensuring the southwest London outfit will arrive confident.

Klopp was left lamenting his side’s capitulation at full-time in Andalusia, but speaking to reporters at Melwood on Friday afternoon the German was more optimistic.

“It will be a different game against Chelsea at Anfield, if we can create a special atmosphere it can help us as well,” he said.

“I’m happy about a lot of things but we have to show it again.”

And fitness was also on the agenda, with Klopp explaining how Emre Can was “a doubt,” but that both Joel Matip and Adam Lallana had showed “good signs.”

Liverpool have not lost in five league games against Chelsea, but their efforts at home are less convincing, having failed to win in any of their last five outings against the Blues at Anfield.

Their midweek disappointment in Seville may prove to be a setback, but the Reds are still on a run of three consecutive wins in the English top flight.

And the hope will be that they keep up their momentum with a positive showing against Chelsea.