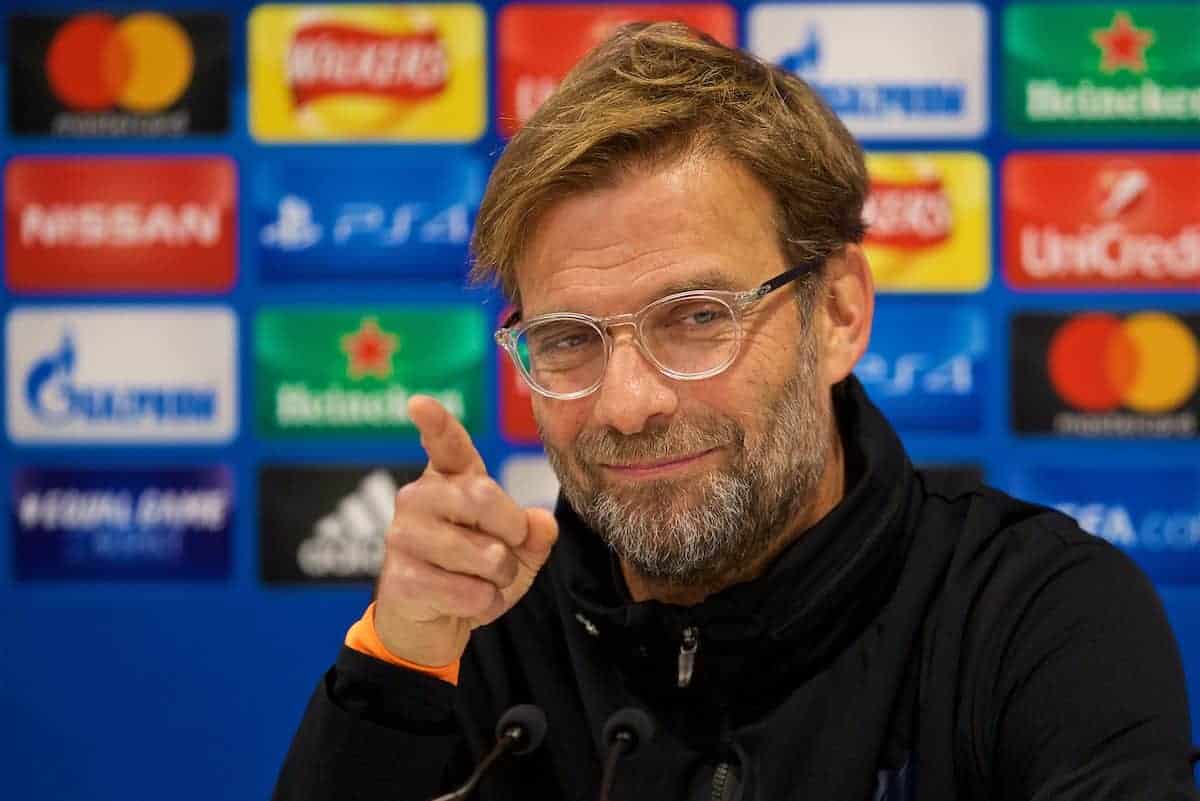 As Liverpool prepare to face Spartak Moscow, Jurgen Klopp finds himself with several options to choose from when it comes to naming a starting lineup.

The Reds welcome the Russian side to Anfield in the Champions League on Wednesday, in a must-not-lose game for Klopp’s men.

Defeat for Liverpool would likely see them exit from the competition at the group stage, assuming Sevilla win away to Maribor.

Klopp has been chopping and changing both his formations and his personnel of late, so it is tough to predict what he will go with on Wednesday.

Speaking at his pre-match press conference, he said: “We will not hesitate to line up our best team.

Adding that, this “what we do always, even when we change a lot. Always to bring in players to have concentration, skills, fresh legs.”

The good news is that Ragnar Klavan and Joe Gomez are back available, giving more options in defence, while the attacking options are as abundant as ever – that’s where the real questions are.

With the Merseyside derby on Sunday, Klopp said “We have enough time.. to prepare” for that after Wednesday’s match, meaning he could name the strongest XI possible, which would probably be this: That would mean the ‘fab four’ of Sadio Mane, Mo Salah, Philippe Coutinho and Roberto Firmino all starting though – which could be a bit attacking for such a ‘do not lose’ fixture.

Therefore, a more solid midfield may be required, adding Emre Can into the mix, and keeping a forward like Salah to bring on late in the game when Spartak’s defence are tiring: In both situations, the back four of Gomez, Dejan Lovren, Klavan and Alberto Moreno appears to pick itself, with Joel Matip still ruled out.

An alternative shape would see Liverpool keep with the three at the back that Klopp surprised us with on Saturday at Brighton, bringing in Gomez and Klavan alongside Lovren, and keeping Trent Alexander-Arnold as the right wing-back: That would leave the likes of Mane, plus Daniel Sturridge, Alex Oxlade-Chamberlain and Dominic Solanke, as attacking options from the bench.