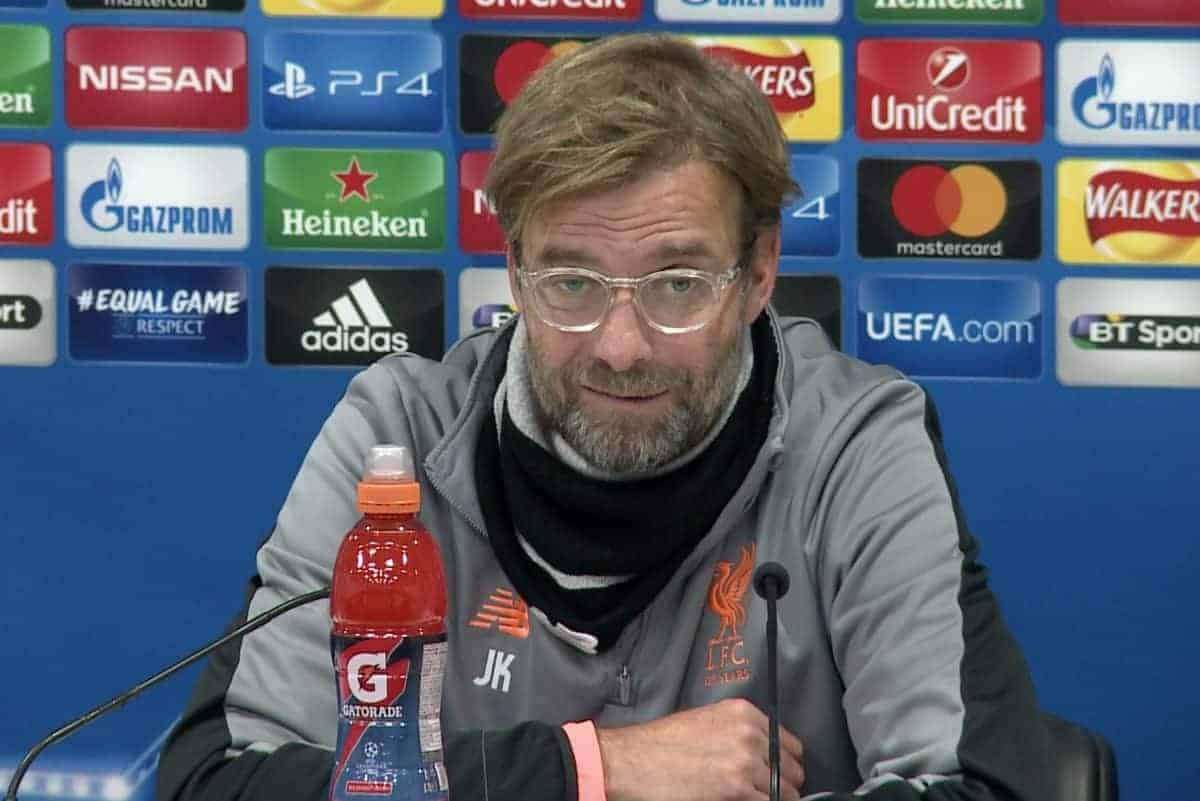 Jurgen Klopp was buoyant after Liverpool’s sensational 7-0 win over Spartak Moscow sealed their place in the last 16 of the Champions League.

Coutinho, wearing the captain’s armband, struck a hat-trick, Mane scored an impressive brace and both Salah and Firmino found the back of the net in a remarkable rout.

The Reds are now through to the knockout stage of the Champions League, and speaking after the game Klopp hailed their achievement.

“It was not easy. With my assistants, I was sitting outside when it was 6-0 and we were looking at each other and thought, ‘wow, how did that happen?’,” he said.

“We had to play exactly the level we played tonight to beat them and then because of the development of the game it was a high result.” Liverpool’s evening was marred by the withdrawal of Alberto Moreno through injury, but Klopp remained hopeful he would avoid a long-term layoff, saying “maybe we are lucky and it’s not too serious.”

And the manager discussed his continued rotation, and in particular the omission of Jordan Henderson, explaining that “Hendo will play the next game, 100 percent.”

Discussing the possibility of a big-name clash in the last 16, Klopp said: “All the teams in the Champions League have really strong squads, so we will see where this will lead to.”

The Reds are next in action at home to Everton on Sunday afternoon, looking to stretch their unbeaten run to 10 games.