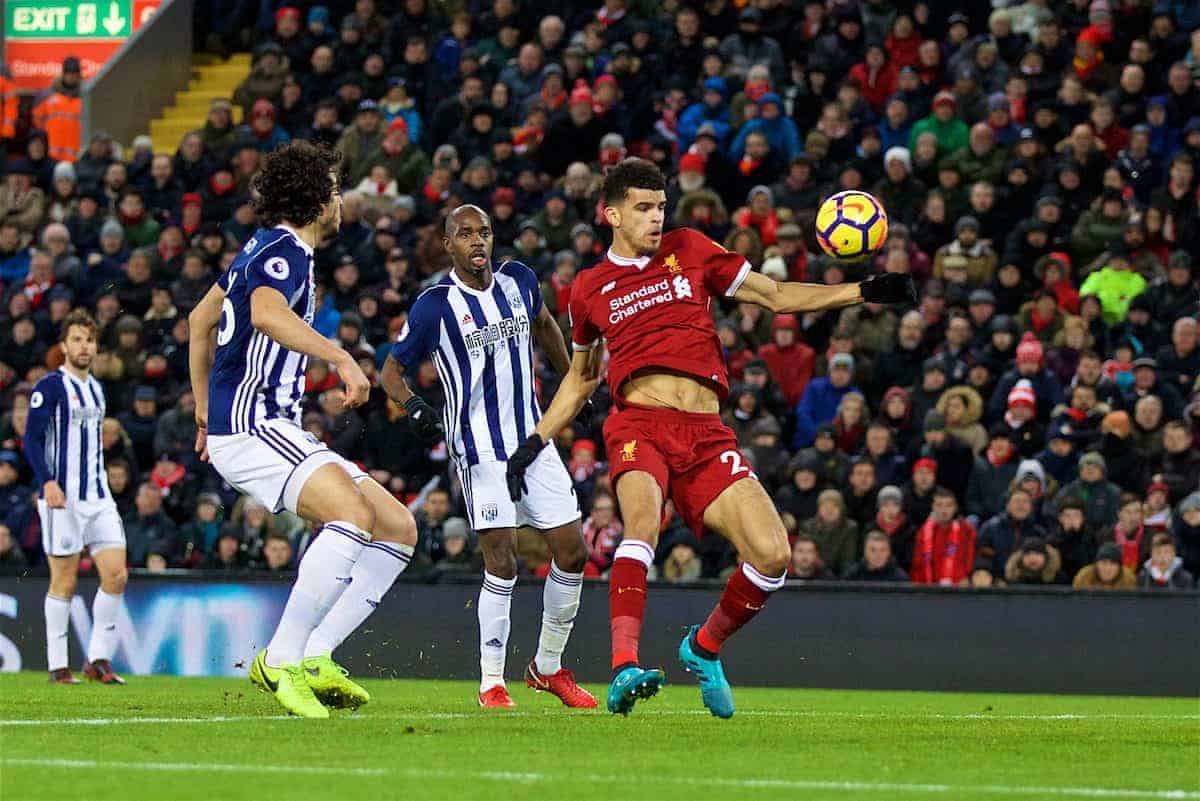 Jurgen Klopp is set to make changes for Liverpool’s FA Cup fourth round tie against West Brom, but the boss faces a selection headache in attack.

The Reds turn focus back FA Cup matters on Saturday night and will look to make an immediate return to winning ways at Anfield.

Monday’s loss at Swansea was a bitterly disappointing way to surrender the unbeaten run, but the Reds must now prove it was a one-off by producing an instant response to reach round five.

The clash presents a chance for Klopp to utilise his squad – one which the boss is likely to take – but there are key questions on how much rotation to conduct and, crucially, who starts in attack. One option for Klopp is to use the squad and field a heavily rotated team – allowing key figures a rest ahead of Tottenham’s arrival and fringe options vital game time.

It would be a wise move, ensuring squad players are kept match ready for if and when called upon as some big domestic and European fixtures loom large.

Alexander-Arnold is one of those in need of action having not started since New Years’ Day, and Dejan Lovren should also enter defence to hand Joe Gomez and Joel Matip welcome rests.

It’s the ideal game for Henderson to feel his way back in, and along with Milner, both should join Alex Oxlade-Chamberlain in a midfield which could support a totally transformed forward line.

The attack presents Klopp’s toughest dilemma as he has four options for three roles, but go-to man Solanke will surely start leaving Ings, Sturridge and Woodburn battling for the remaining roles.

The latter two could – and perhaps should – be chosen, with Sturridge needed to be in form should he remain at Anfield beyond January and Woodburn to kick-start his first-team development.

There’s nice flexibility with this lineup as it could switch to a 4-4-2 with Woodburn on the left, Oxlade-Chamberlain the right with Sturridge and Solanke in tandem. Klopp may be less prepared to gamble after defeat at Swansea, while he will also acknowledge the opportunity of a very winnable game to move a step closer to Wembley.

A stronger lineup could therefore transpire, boasting more balanced switches in attempt to ensure a confidence-boosting return to winning ways is made at the first attempt.

The same changes should arrive in defence but midfield and attack could boast different, stronger looks while still allowing for an element of freshness.

Gini Wijnaldum could be retained in midfield with Henderson and Milner, while Sadio Mane could stay in his left-side role in hope the Senegalese plays his way back to form.

Keeping Wijnaldum in would allow Oxlade-Chamberlain to move into attack to provide the supply with Mane for Solanke to hopefully net his first Reds goal. It is vital the Reds produce a strong response to the Swansea loss, and there would be no better way to do that than by booking a place in round five.