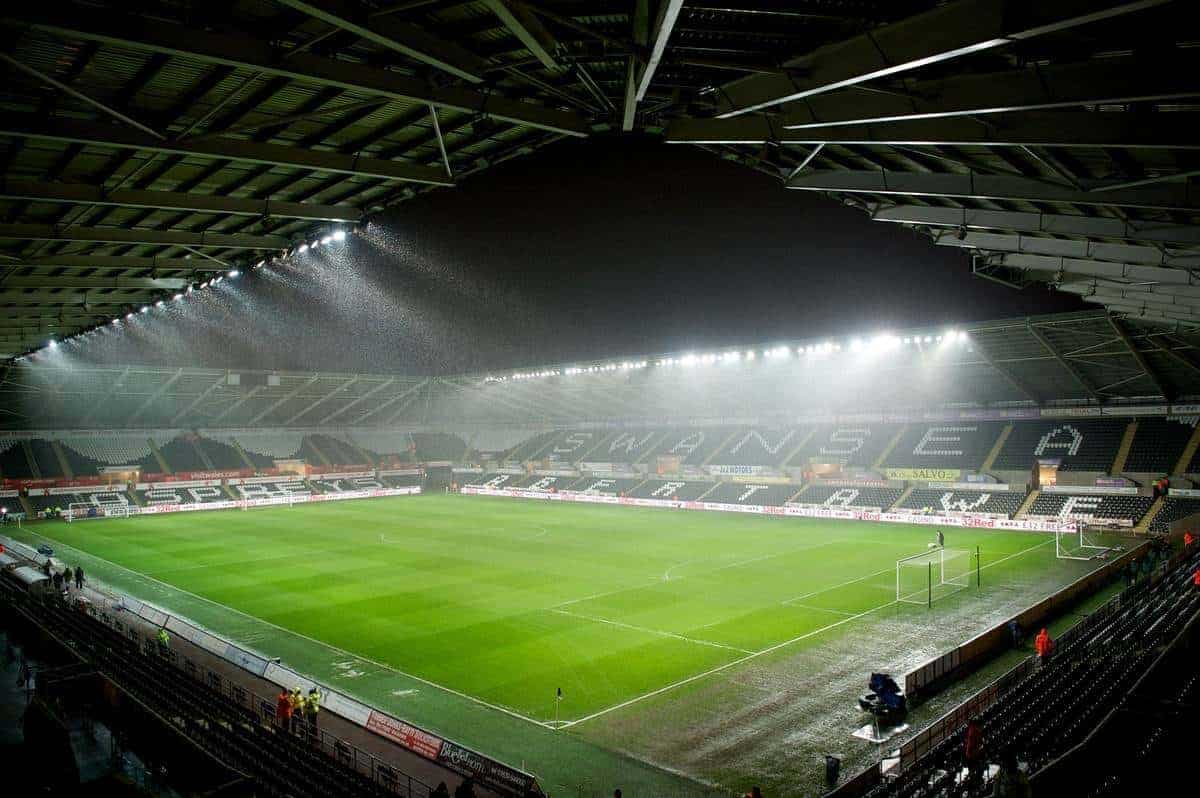 Here’s how to watch Swansea City vs. Liverpool in the Premier League on Monday night (8pm kickoff GMT), live online and on TV around the world.

The Reds are back in action following their hugely impressive 4-3 victory to end Man City‘s unbeaten league run, and the trip to the Liberty Stadium sets up an interesting encounter.

Swansea have been languishing towards the bottom of the table since the start of the campaign, but the arrival of Carlos Carvalhal has provided a boost of optimism to the south Wales club.

A surprise appointment, having just been dismissed by Championship side Sheffield Wednesday, Carvalhal has overseen a five-game run that has seen the Swans lose just once.

But they come up against an in-form Liverpool, who are without defeat in 18 outings, and Jurgen Klopp will be looking to extend that record on Monday night.

Will this be another stroll to three points, as it was at Anfield on Boxing Day, or will a new-look Swansea present a much tougher challenge this time out?

Swansea City vs. Liverpool is being shown live on Sky Sports Main Event and Sky Sports Premier League in the UK, which are available to live stream with a NOW TV Day Pass.

Or get a NOW TV Sky Sports Month Pass for just £20 to watch this match, as well the Reds’ clashes with Tottenham (February 4) and Southampton (February 11), and all other Sky Sports coverage. Click here.

Swansea City vs. Liverpool is being shown live on NBCSN in the US, which is available to live stream with FuboTV.