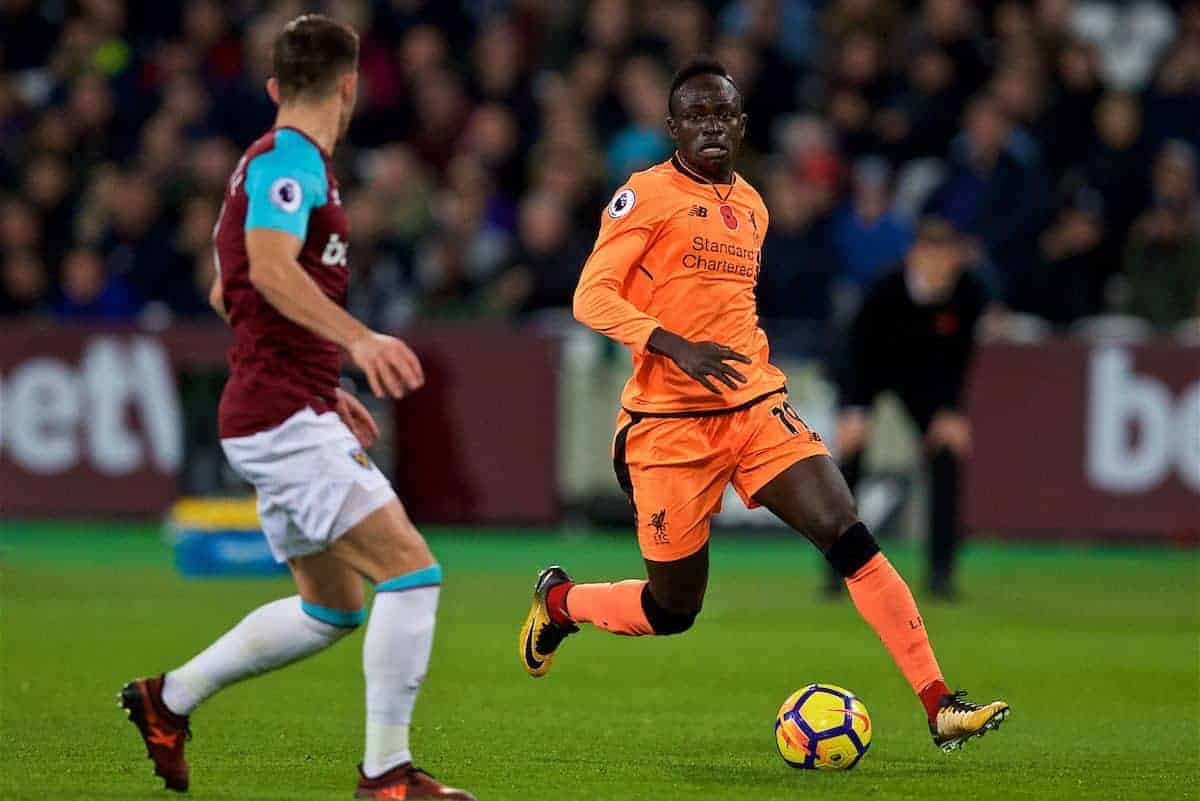 Liverpool welcome West Ham to Anfield for a Premier League clash on Saturday, with a well-rested Reds outfit strong favourites to prevail.

It feels like an eternity since Liverpool last took to the field, with the joyous 5-0 win over Porto now nine days ago.

The hope is that Jurgen Klopp‘s side don’t lose their momentum after a break in games, as a vital few months lie ahead.

The Reds enjoyed the sunshine of Marbella last week, working on tactics and fitness, so they should be in perfect shape ahead of the weekend action.

West Ham head to Merseyside as resounding underdogs, but these home matches against weaker opposition remain one of Liverpool’s weaknesses.

Burnley, Everton and West Brom (twice) have all left Anfield with at least a draw this season, with all three defence-minded in their style.

Everybody knows how David Moyes will approach the game – the former Everton manager loves to up his game against Liverpool – and it will be a case of the hosts breaking down the visitors’ stubborn rearguard.

These are the matches that have to be won if the Reds want a top-four finish this season, and with Man United playing Chelsea on Sunday, they can be second in the table come Saturday night. Nathaniel Clyne is back in training after not featuring at all this season, but he is not yet ready for a first-team return.

Klopp has an otherwise fully fit squad to choose from, which is a lovely position to be in.

Loris Karius is now the undisputed first-choice goalkeeper, while Trent Alexander-Arnold, Dejan Lovren, Virgil van Dijk and Andrew Robertson should continue at the back, despite Joe Gomez and Ragnar Klavan being fit again.

Joel Matip and Alberto Moreno are both options to start, but neither Lovren or Robertson merit being dropped on current form.

Jordan Henderson and Emre Can are expected to be joined by one of Gini Wijnaldum, James Milner, Alex Oxlade-Chamberlain or Adam Lallana in the middle of the park, with the former arguably the front-runner.

The attacking trio of Mohamed Salah, Sadio Mane and Roberto Firmino will again line-up alongside one another, looking to add to their combined tally of 63 goals and 28 assists in 2017/18.

Winston Reid may miss out for West Ham with a throat infection, but Pedro Obiang and former Liverpool striker Andy Carroll are both definitely out.

Manuel Lanzini, linked with the Reds in the past, should start, but Patrice Evra and Arthur Masuaku are suspended.

Last 5 at home to West Ham (All Competitions) If Liverpool score this weekend, it will be their 100th goal of the season, in just their 40th match.

Speaking at Melwood on Friday, Klopp said he won’t be content until Liverpool have achieved their goals this season:

“I want to be happy at the end of the season,” Klopp said.

“‘Happy’ isn’t a word I have in my mind now. Straight after Porto, I thought about West Ham. Nothing is decided (yet) this season.

“We need to be ready for a difficult game tomorrow.” The match is a Saturday 3pm (GMT) kick off, which means it cannot be screened live on UK television.

You won’t miss a thing on our matchday live blog, though, with Chris Williams talking you through all the action at Anfield from 2:15pm.