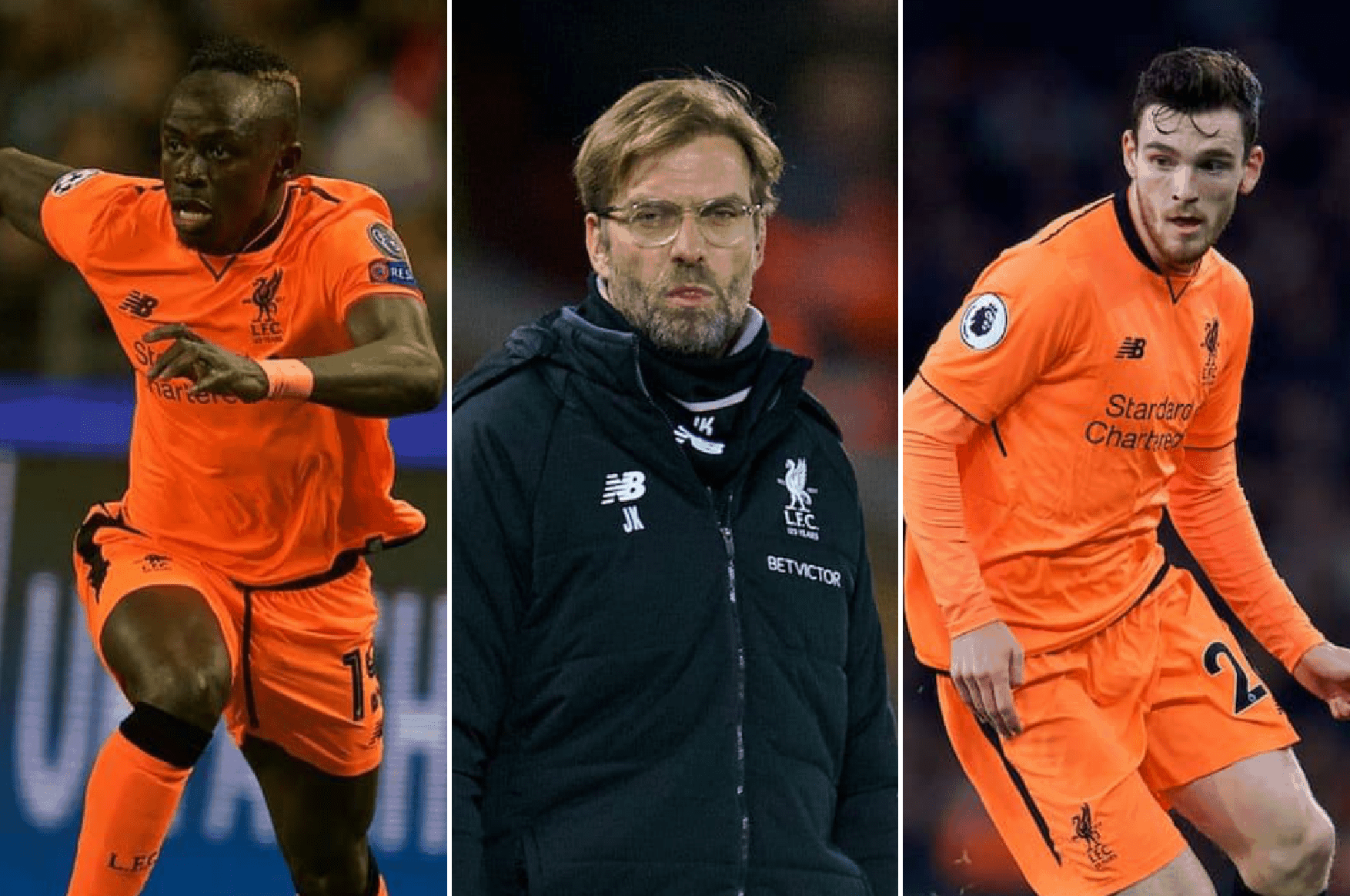 Liverpool saw off Porto with ease following the execution of Jurgen Klopp‘s tactical plan which was both dogged and delightful.

Porto were not being underestimated before the game, and this showed in what was a committed performance from Liverpool, whose bright orange shirts lit up a rainy night on the edge of Iberia.

Sergio Conceicao’s men should not be easily dismissed just because Liverpool put five past them, and neither should the performance of Klopp’s team be undersold as an easy win against poor opposition.

The Portuguese lead leaders have only dropped points in four of their domestic games, and aren’t used to losing.

The only teams they have lost to so far this season are Besiktas, RB Leipzig, and now Liverpool. They defeated Monaco and Leipzig in the Champions League group stages, and are certainly no pushovers.

“I respect Porto a lot,” Klopp said prior to the game.

“I know that they’re a mixture of football and fight – I like it. Experience and youth, well organised and fluent.“

He then went on to discuss his own team’s tactical setup and the importance of the players within it:

“If you watched last week we don’t always play the same system — maybe we’ll surprise each other.

“They are a football playing side, different options system-wise, so we cannot imagine especially as they have three players out.

“The system doesn’t decide the game, the players do. The system is important but only to bring players in their best position. Porto haven’t played 20 times so far against a team like us.”

The German used James Milner as the most attacking of the three midfielders in place of Alex Oxlade-Chamberlain, with Jordan Henderson coming in for the suspended Can as the holder.

Georginio Wijnaldum retained his place in a role supporting both Henderson and the attack.

As usual, the Dutch midfielder wasn’t the player with the heaviest involvement in the game, enjoying just 50 possessions compared to Henderson’s 75 and Milner’s 83, but on this occasion his all-round contribution was telling. Milner’s role involved supporting the attack from the left midfield slot, which changed the formation slightly from the previous game when Oxlade-Chamberlain operated in this role, but on the right.

Milner also offered support to left-back Andy Robertson, and his time playing in that position last season will help him understand what type of assistance the full-back needs, and when they need it.

Milner does a really good job doubling up with full back when needed. Gives good Defensive protection and still gets forward.

As a result of Milner’s dual role and Wijnaldum’s relatively few touches, the Englishman appears as the deepest of the two in the average position map.

The graphic here is provided by @11tegen11 on Twitter. A must-follow for this type of data visualisation.

Roberto Firmino, as is often the case, is almost part of the midfield, and Sadio Mane’s increased involvement and success in this game means he is as high up the pitch as Mohamed Salah.

When both of these players are on the top of their game, Liverpool’s formation in this system will begin to resemble a 4-4-2 diamond, with Salah and Mane as the strikers, and Firmino at the head of the midfield.

There have already been signs of the development of this Coutinho-less formation, and they were evident again here.

The most common pass combinations are often between the two centre-backs, or between the defenders and defensive midfielders, especially in sides which play out from the back.

This was the case vs Porto with the most common passing lane being between Dejan Lovren and Virgil van Dijk, as the Croatian found his centre-back partner 24 times.

But another popular route emerged down the left side of Liverpool’s passing network, with Andy Robertson finding Mane 21 times, which is a high number for such an attacking combination.

As shown in the graphic from WhoScored, 44 percent of the team’s attacking play occurred down their channel.

Maybe the opposition were too focused on Salah down the opposite wing, and Firmino in the middle, as the Porto defence acted as though they forgot about Mane. Part of the feared front three had been low-key for much of this season, until now…

The Senegalese finished the game with more possessions (68) than Firmino (57 — he was subbed late on which will affect this), and three of his four shots resulted in goals.

He also played a key part in Firmino’s goal, following a contribution in midfield of which the Brazilian would have been proud. It was Mane whose defensive work won the ball, and he freed Milner who teed up Firmino to deservedly get his name on the scoresheet.

Robertson impressed throughout and was, along with Van Dijk, the player with the heaviest involvement in the team’s build-up play, as shown by the size of his marker in the average position map above.

His ability to find Mane at the earliest opportunity gave the forward a platform from which to build and contributed to his most productive performance this season.

The symbolic finale for this partnership came when Robertson sought out the match ball at the end of the game and handed it to hat-trick hero Mane, who benefitted from the Scotsman’s teamwork and endeavour even after the final whistle had gone.

Andy Robertson proving again what a team player he is. A young ball boy thought he had a memento for himself, Robertson quickly spotted him and made sure the ball was delivered to Sadio Mane. A souvenir of spectacular night.

Liverpool created three big chances to Porto’s none and scored from all of them.

Mane’s first and third goal were not considered “big chances” by Opta, and neither was the attempt from Firmino which led to Mane’s second.

The graphic below from @Caley_graphics shows the xG map from the game, with Salah’s goal after juggling the ball along the six-yard line represented by the biggest and brightest square!

Porto’s main threat was considered to be their danger at set pieces, and in particular the delivery from left-back Alex Telles who had managed 16 assists in all competitions prior to this game.

But on the night he was only able to complete three of his 11 attempted crosses from open play or set pieces, despite swinging in a dangerous early corner. This is shown in the image below, from Squawka.

This was partly to do with the slightly more conservative nature of the full-backs, which fit in with the European away tie mentality, but didn’t do so to the ultra-defensive extremes one may see from some managers.

The heat map below, also from Squawka, shows that their attacking contributions were concentrated around the halfway line, so both Robertson and Trent Alexander-Arnold were always in a position to defend, and if they weren’t they often had cover.

Trent dealt well with Yacine Brahimi in his one-on-one battles with the tricky dribbler during the early stages, and this deterred the winger from dribbling in those areas for the rest of the game.

It was a very mature performance from Liverpool’s 19-year-old right-back.

In comparison to Telles’ 11, the entire Liverpool team only attempted six crosses in the whole game, demonstrating a more measured build up through higher percentage passing.

Finally, Klopp shut up shop with the same formation change which had backfired in the final 15 minutes against Spurs, but here it had the desired effect of resting players while also bolstering the back line.

After the switch to a back three on the 75th minute, when Joel Matip replaced Henderson, Porto only had one further shot—a speculative effort from Sergio Oliveira, and Mane was able to bag his hat-trick with Danny Ings notching up a Champions League assist.

After Liverpool’s disappointing FA Cup exit this column stated that “the way this team play, they probably have more chance of winning the Champions League than they do the FA Cup.”

This game showed why this may be the case, but despite the need to not underestimate this win against good European opponents, much sterner tests lie ahead against the continent’s elite.