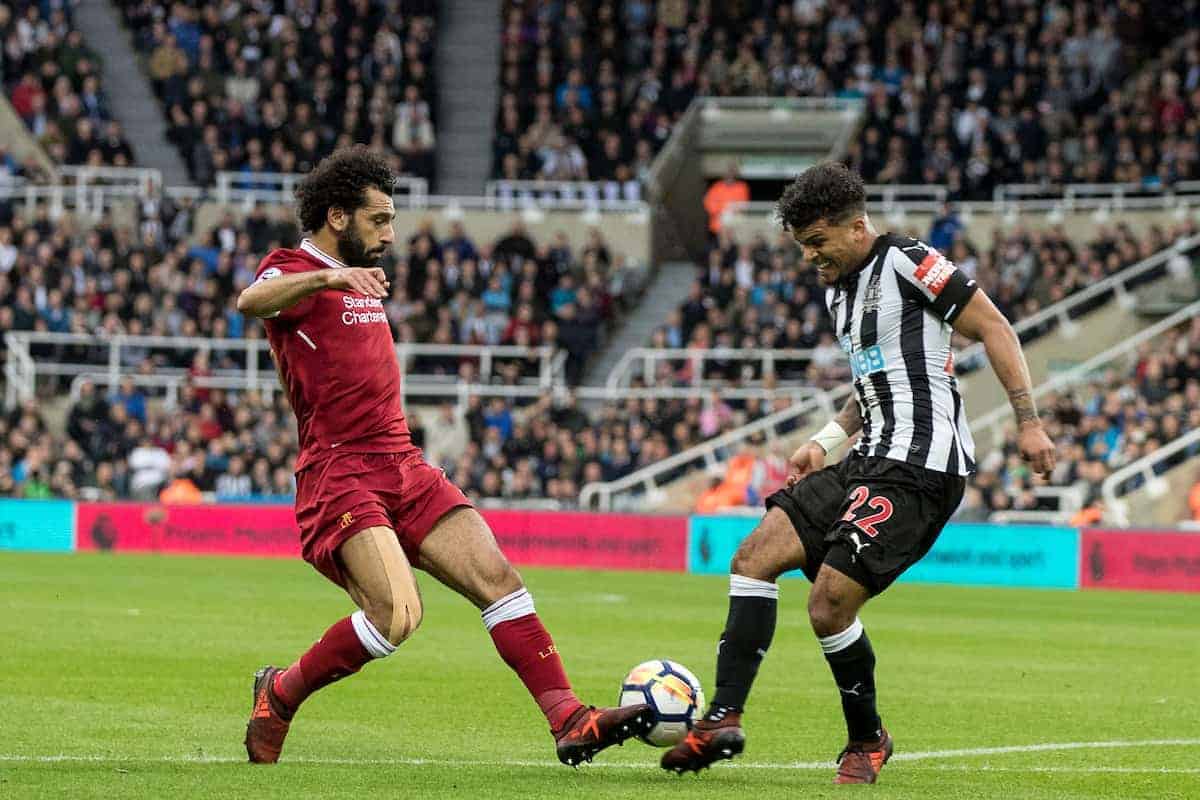 Liverpool host Newcastle United in the Premier League on Saturday evening, with the Reds looking to keep up their fantastic recent form.

There was a slight fear that the 10-day break between the matches against Porto and West Ham could see Liverpool lose momentum, but that proved to be gloriously incorrect.

Jurgen Klopp‘s men cruised past the Hammers last weekend, eventually recording a 4-1 victory that was actually kind on the visitors.

The Reds are arguably the second-best side in the country at the moment, and were it not for Man City‘s freakish season, this would be a title challenge we are witnessing.

After the luxury of a week without a fixture, Liverpool are primed for another league encounter on Saturday, as Rafa Benitez returns to Anfield with his Newcastle team.

The Magpies are very much in the relegation fight, but just one defeat in their last eight league matches – that loss came against Man City – highlights a team who are difficult to beat.

The Anfield clash is likely to be as one-sided as the West Ham game when it comes to possession, but will Newcastle be able to hold firm?

With Mohamed Salah, Sadio Mane and Roberto Firmino in their current unplayable form that feels highly unlikely, and there is confidence running throughout the team.

Since the FA Cup loss to West Brom in January, the Reds have won four outings out of five, with the only dropped points coming in unlucky fashion against Tottenham.

That impressive run should continue this weekend, with Liverpool returning to second in the table for the time being at least.

Benitez is yet to lose against his former club as a manager, though, and he will be keen on keeping that record going.

Liverpool don’t have any injuries to report, although Gini Wijnaldum and Ben Woodburn have been suffering with illness.

Nathaniel Clyne‘s return to the pitch is edging closer, which only adds healthy competition for playing time at right-back, but he won’t feature against the Magpies.

Loris Karius, Virgil van Dijk and Andrew Robertson feel like certainties to start, while Trent Alexander-Arnold and Joel Matip may be preferred to Joe Gomez and Dejan Lovren, respectively.

Jordan Henderson is likely to replace James Milner in midfield, and be joined by Emre Can and Alex Oxlade-Chamberlain.

Although, Can is one booking away from suspension, so Klopp might consider resting him in order for the German to be available for next Saturday’s trip to Man United.

We all know what the front three will be, with Salah, Mane and Firmino is sensational form, and possibly the most devastating attacking unit on Europe at the moment.

Former Reds midfielder Jonjo Shelvey is a major doubt for Newcastle with a knee problem, and Jesus Gamez and Islam Slimani are definitely out.

Last 5 at home to Newcastle (All Competitions)

Liverpool have scored two goals or more in 13 of their last 14 games, in all competitions.

The only match in which they failed to achieve that feat, since the 0-0 draw with West Brom on December 13, was the 1-0 defeat at Swansea City on January 22.

Ahead of the game, Klopp spoke about his approach in the transfer market, as he looks to keep hold of key men and coax top players to move to Anfield this summer:

“We try to keep this team together and strengthen it. It’s not like we show key players the door. We want to keep them,” Klopp told reporters.

“They all have contracts, there’s no big rush to do it tomorrow but we are in constant talks.

“Our job, all of us, fans, supporters, the crowd, is to create something that everybody wants to be part of.

“It’s a really interesting football project in this moment.” The match is live on BT Sport 1, with coverage getting started at 5pm (GMT) and kick-off at 5:30pm.

Our matchday live blog will be available from 4:45pm, with Ben Twelves in charge of talking you through the action at Anfield.