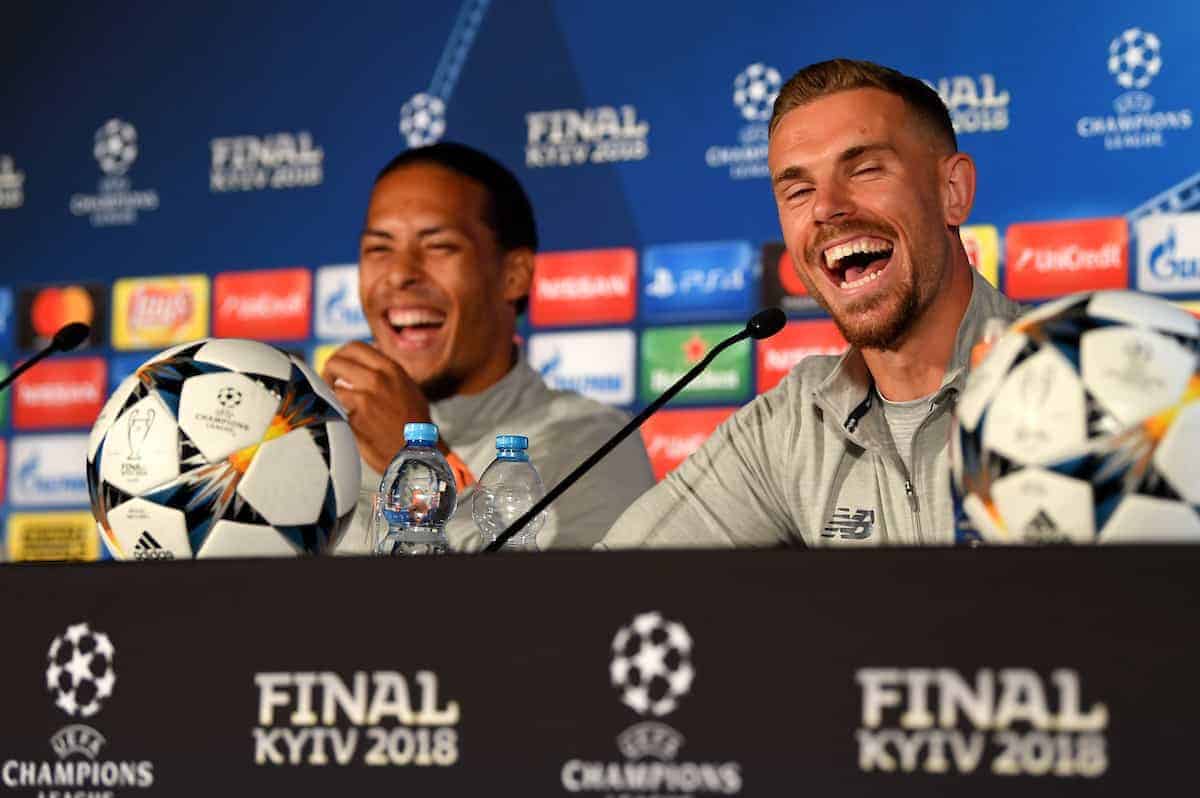 Virgil van Dijk and Jordan Henderson were both in confident spirits as they discussed Liverpool’s chances of winning the Champions League final.

The pair will be two of the Reds’ leaders on the pitch in Kyiv on Saturday night, taking on a vastly more experienced Real Madrid side at NSC Olimpiyskiy.

While Real have won three of the last four Champions League finals, few players within Jurgen Klopp‘s squad had a taste of Europe’s top tier before this season.

But speaking at the stadium before Friday’s open training session, both Van Dijk and Henderson took a calm approach, paying respect to Madrid but insisting they are prepared for victory.

“We don’t need motivation for tomorrow, it’s a fantastic game to play, not a lot of players can play these kinds of games in their career,” Van Dijk said.

“We want to give everything we have and hopefully it will be the right result.”

Henderson added: “We need to be prepared for anything and everything, we know Real Madrid are a fantastic team but if we perform how I know we’re capable of we can definitely hurt them.” Just four months after joining the club in a world-record £75 million deal, Van Dijk will play the biggest game of his career.

And assessing his fortunes since leaving Southampton, the Dutchman spoke of his delight at being part of Klopp’s side.

“Liverpool is my team, Anfield is my home and I love playing for this club,” he professed. “We’re in the Champions League final, we want to do it.”

The spirit within the Liverpool squad is clear, and they will be ready to take on Zinedine Zidane’s European giants, with the backing of the travelling Kop also key to securing the trophy.