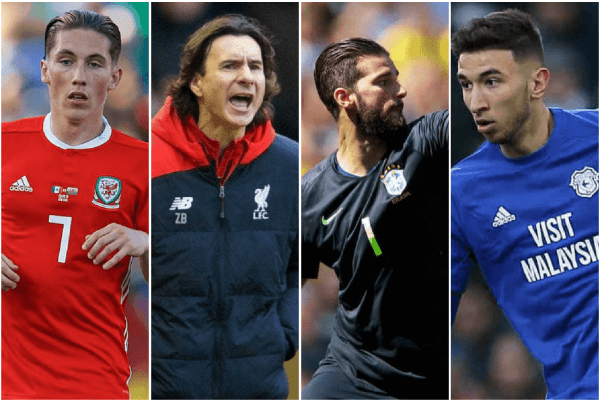 The World Cup is around the corner but domestic matters continue to evolve too; here’s all the latest news involving Liverpool on Monday.

Still no official word from the club over whether Zeljko Buvac will be returning or not—but rumours continue to suggest he’ll work elsewhere next season.

The latest club supposedly offering him a managerial role is Turkish side Fenerbahce…who are considering David Moyes as an alternative.

That’s according to Turkish outlet Sabah, but it remains to be seen whether Buvac is indeed even interested in taking a job on in his own right.

In his absence, the Reds have brought back Pep Lijnders for a major role next term, though it’s unclear whether that will be as an assistant to Jurgen Klopp.

Fekir had chosen his Liverpool number

As things stand, he won’t be wearing a Liverpool shirt next season—but Nabil Fekir was apparently so close to a confirmed move that he’d even picked his squad number.

Social media images have already shown the French attacker in a training top and conducting an interview with LFC TV, but the move has broken down in recent days.

L’Equipe, however, suggest that Fekir had picked out the No. 10 shirt to wear as his own next term.

Previously, of course, it was occupied by Philippe Coutinho, who vacated it midway through 2017/18.

Whether it’s Fekir or someone else who wears it next term, it’s a pretty iconic number in the history of Liverpool, worn by the likes of Luis Garcia, John Barnes and, erm, Andriy Voronin.

It’s widely expected that Harry Wilson would be getting an opportunity to prove his worth in the Liverpool first team during pre-season, but his longer-term future remains clouded.

Already there is anticipation that another loan spell is on the horizon, but of course if he impresses Klopp enough, there’s certainly an opening in the squad for a pacy, goalscoring wide man.

No shortage of offers will be seen if the Reds do let him leave on loan again, but the Mirror in fact report that at least two clubs want to sign him permanently.

Huddersfield Town, already in the Premier League, and Fulham, newly promoted to the top flight, are both offering around £7 million for the Welsh international.

Grujic to join Lucas and Luis?

A fine loan spell, promotion and now a place at the World Cup—it’s been a good few months for Marko Grujic.

He’s yet to really make an impact at Liverpool, but the Serbian midfielder has certainly taken strides to improve his standing of late and could do so further over the summer in Russia.

Now reports in Italy suggest he has attracted admirers, with Lazio keen on signing him this summer, according to Tuttomercatoweb.

Former Reds Lucas Leiva and Luis Alberto were key players for Lazio this past season.

Liverpool have long tracked Roma goalkeeper Alisson, but the chances of him playing at Anfield next season appear to be slim.

Sky Sports report the Reds are unwilling to match Roma’s £80 million demands for his signature, leaving Real Madrid a clear run at the Brazilian.

This follows on the heels of Alisson speaking ahead of the World Cup finals, and suggesting that his future is in the hands of his agent.

The goalkeeper said he wanted his future sorted before the tournament began in Russia, leaving only a couple of days for any move to materialise.