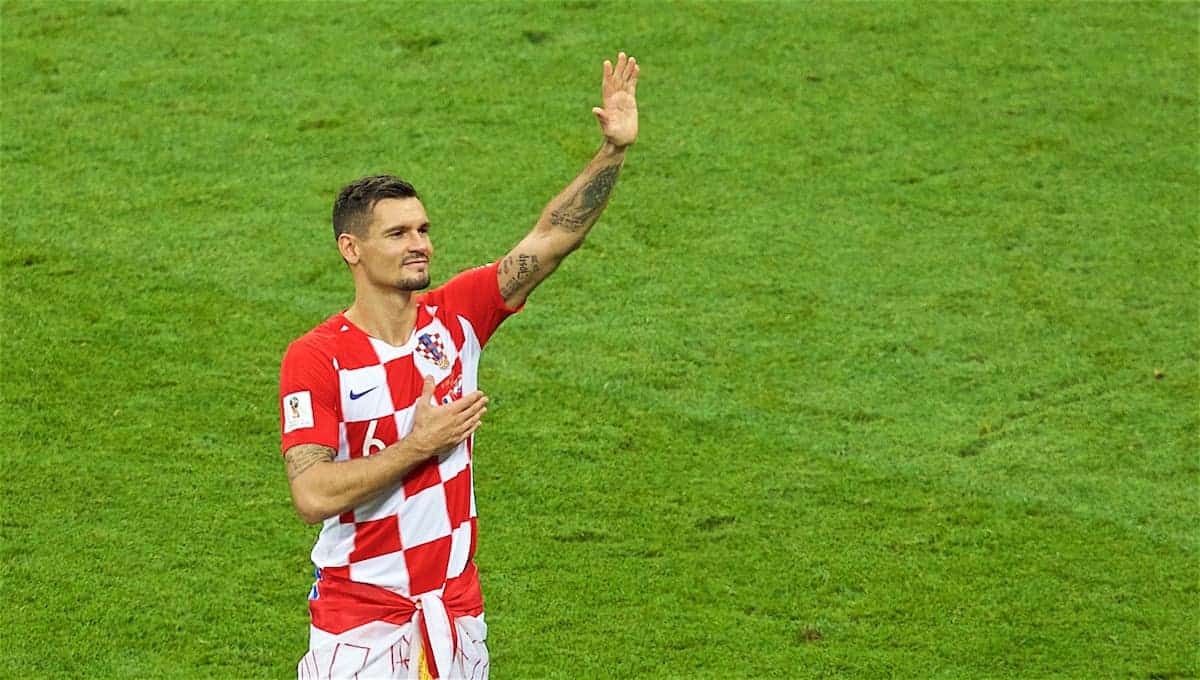 Liverpool defender Dejan Lovren expressed his pride in defeat as Croatia fell to a 4-2 loss at the hands of France in the World Cup final on Sunday.

Zlatko Dalic’s side produced a valiant performance in Moscow but ultimately succumbed to the quality of Les Bleus on the biggest night in their footballing history.

An own goal from Mario Mandzukic gave France an early lead only for Ivan Perisic to restore parity, but the Inter Milan winger’s handball allowed Antoine Griezmann to net from the spot 10 minutes later.

But when the final whistle blew, Lovren and his nation’s anguish was clear, having beaten Nigeria, Argentina, Iceland, Denmark, Russia and England on the road to the final.

Taking to Instagram after the game, however, the 29-year-old spoke of his pride at his side’s efforts, and those of the Croatian support: “It’s difficult to accept this defeat, of course, but you know I’m proud of my life so far.

“To my team-mates, the entire professional staff, physiotherapists etc., I can proudly say today that we have given our best, we have given it all to our country!

“Thank you to all those who cheered us here at the World Cup, thank you all the people in Croatia who were with us and believed in us, because without you this could not be possible.

“We have been as one soul over the past 53 days…we will never forget this! Thank you from the bottom of my heart.”

Lovren is now set for an extended break before rejoining the Liverpool squad for the closing stages of pre-season training back in England.

He became only the fifth player to start in a World Cup final while on the books at Anfield, and the only Red to start in both the World Cup and Champions League finals in the same season.