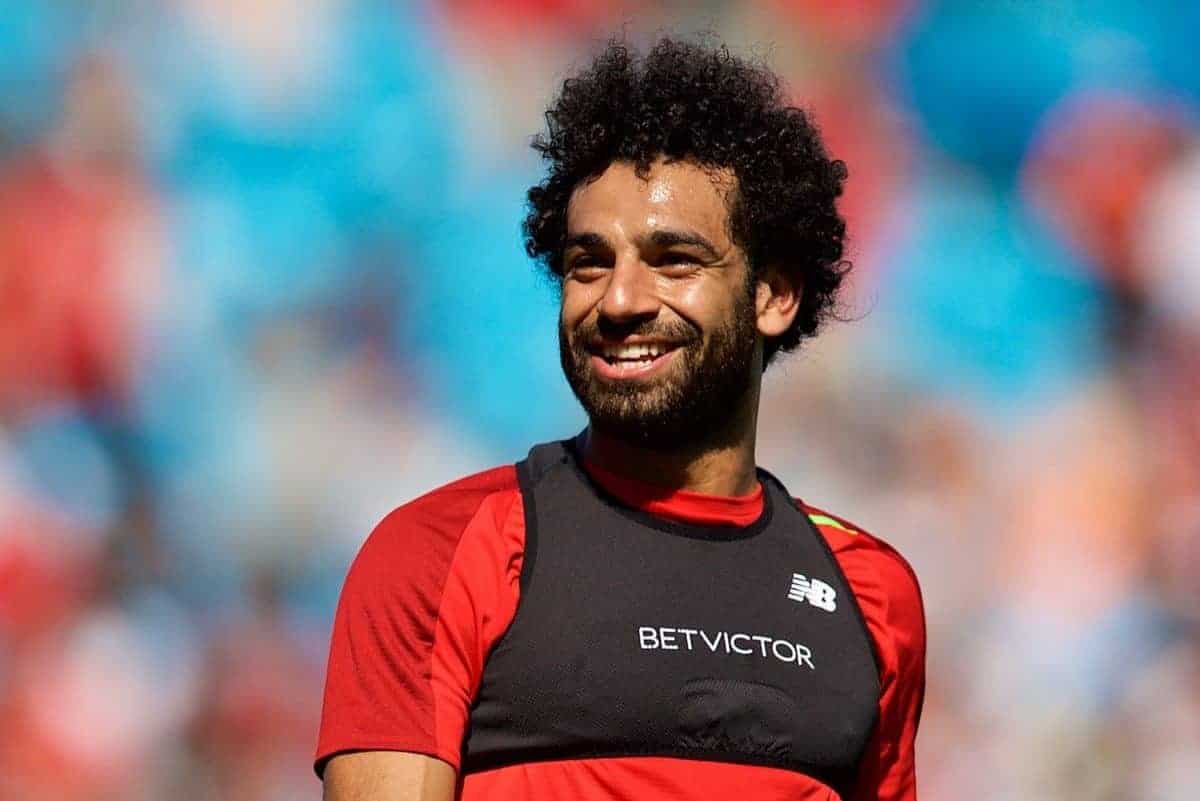 Jurgen Klopp has provided an update on the fitness of Mohamed Salah, after a shoulder injury marred the end of his first season with Liverpool.

But the biggest night of his career saw him depart the field in anguish as Sergio Ramos’ challenge left him with a dislocated shoulder midway through the first half in the Champions League final.

He recovered to feature twice for Egypt at the World Cup, scoring in both games, but was noticeably lacking compared to his performances for the Reds.

The 26-year-old travelled with the Liverpool squad to North Carolina for the first leg of their US tour this pre-season, but is not expected to feature in the opening clash with Borussia Dortmund.

However, speaking to reporters on Saturday evening, Klopp said his No. 11 has “fully recovered” and insisted that Egypt did not rush him back:

“We were constantly in contact [during the World Cup] and he was fine. Shoulder-wise, he had no problems.

“We were in really close contact and it was clear that if he had any problems still then he would have waited for the next game.

“He is a very serious person and he knows that it’s his career. Whatever people want from you, if you can’t, you can’t.

“He looks full of joy and is really happy to be back.” 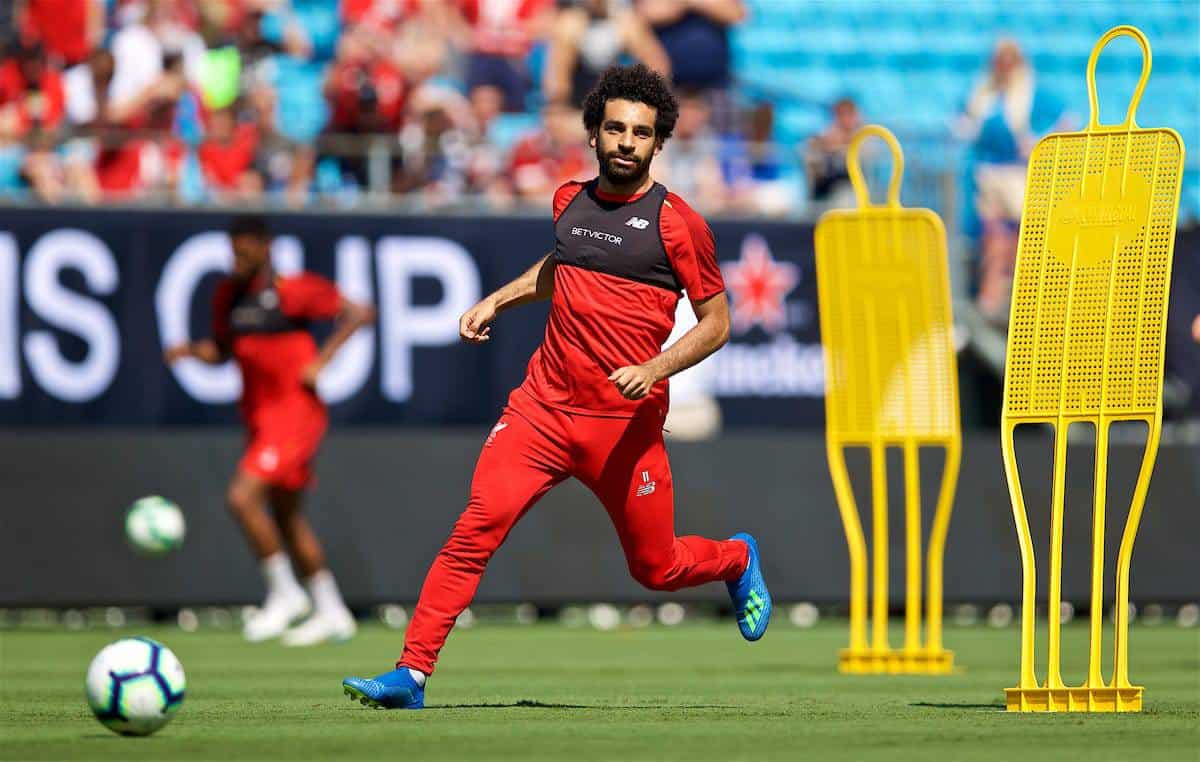 Liverpool take on Dortmund on Sunday night, before meeting Man City in New Jersey on July 26 and Man United in Michigan on July 28.

Klopp claimed the plan was to utilise Salah, Sadio Mane, Xherdan Shaqiri and Georginio Wijnaldum for “at least a few minutes” against United, though he added “it’s different intensity for all the boys.”

But for Salah and Mane, it seems, Klopp and Liverpool are confident their commitment to their fitness should give them an opportunity to impress in the US:

“They had an intense year behind [them] but they are really looking forward to the season already.

“It’s good to have them back and they can start training now and all that stuff.

“It was not a long time they were out but I think it was very important that they had at least three weeks.

“Now they still have a good basis. They look very fit—we made tests yesterday.

“Both have fantastic values so they did the work they had to do, so now they can start quicker than the rest of the team from another basis.

“That’s good for us but the season starts on August 12, not this week, so good.”

A 28-man squad were on the flight across the Atlantic, with Shaqiri joining the Reds in New Jersey, but both Ryan Kent and Danny Ings were left out.