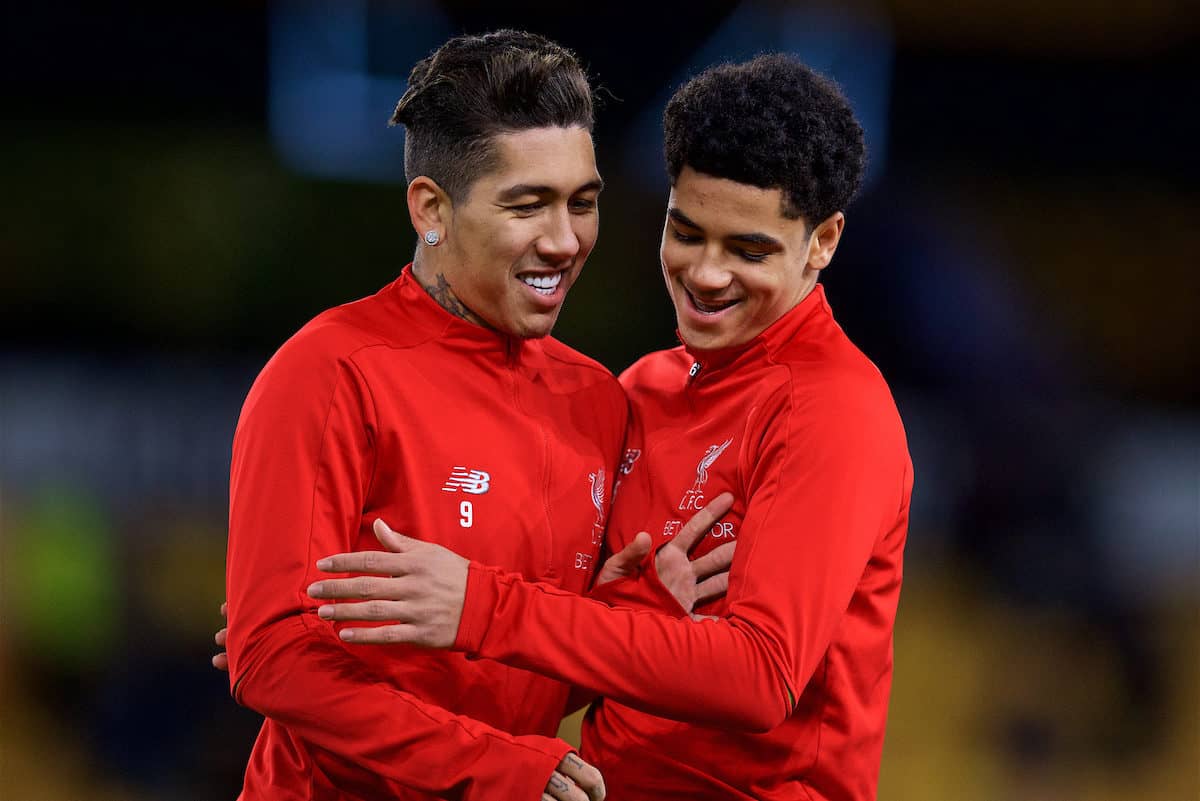 James Milner has reflected on a baptism of fire for 16-year-old Ki-Jana Hoever, tipping him to become a “top player” after his debut for Liverpool.

Hoever played 84 minutes of the Reds’ 2-1 defeat to Wolves in the FA Cup third round on Monday night, after taking over from the injured Dejan Lovren at centre-back.

Joining Fabinho at the heart of defence, it was set up as a difficult night for the Dutchman, and it got worse as Raul Jimenez put Wolves in front in the first half after a mistake from Milner.

But while Nuno Espirito Santo’s side progressed to the fourth round, Hoever emerged with credit after a strong display that saw him find his feet defensively and showcase the more progressive elements of his game.

One burst from the back, beating three players before setting up a Liverpool counter, particularly caught the eye, and showed the teenager’s confidence.

Providing Hoever with support throughout—arguably to their detriment—Milner, the oldest player in Jurgen Klopp‘s squad, assessed the contribution of the youngest player, along with fellow debutants Rafa Camacho and Curtis Jones.

“I think it’s good for the young boys to come in and get that experience,” he told the Evening Standard.

“It’s not good to taste defeat but you normally learn more in a defeat than you do in a win.

“I think you’ve got to look at those boys and say how well they’ve done.

“Ki coming on after a minute and playing like he did [was] absolutely outstanding.

“He’s going to be a top, top player you can see that straight away [with] his temperament [and] he’s comfortable on the ball.”

Milner is right to highlight Hoever’s ability on the ball as a key attribute, as he has shown in his early months in the academy since his summer move from Ajax.

One of his first involvements at Wolves was a direct, vertical pass from defence into midfield, similar to Joe Gomez and Joel Matip‘s approach in possession—one which suits Liverpool’s style perfectly.

He is able to operate as both a right- and left-sided centre-back, and also at right-back, which should give him a better opportunity of establishing himself under Klopp.

That may be in the long-term future, however, as though Hoever made his mark at Molineux, he should not be expected to be relied upon as a regular option this season.

But he could be in the squad for Saturday’s trip to Brighton in the Premier League, with Lovren, Gomez and Matip all injured and Fabinho expected to partner Virgil van Dijk, leaving a space on the substitutes’ bench.