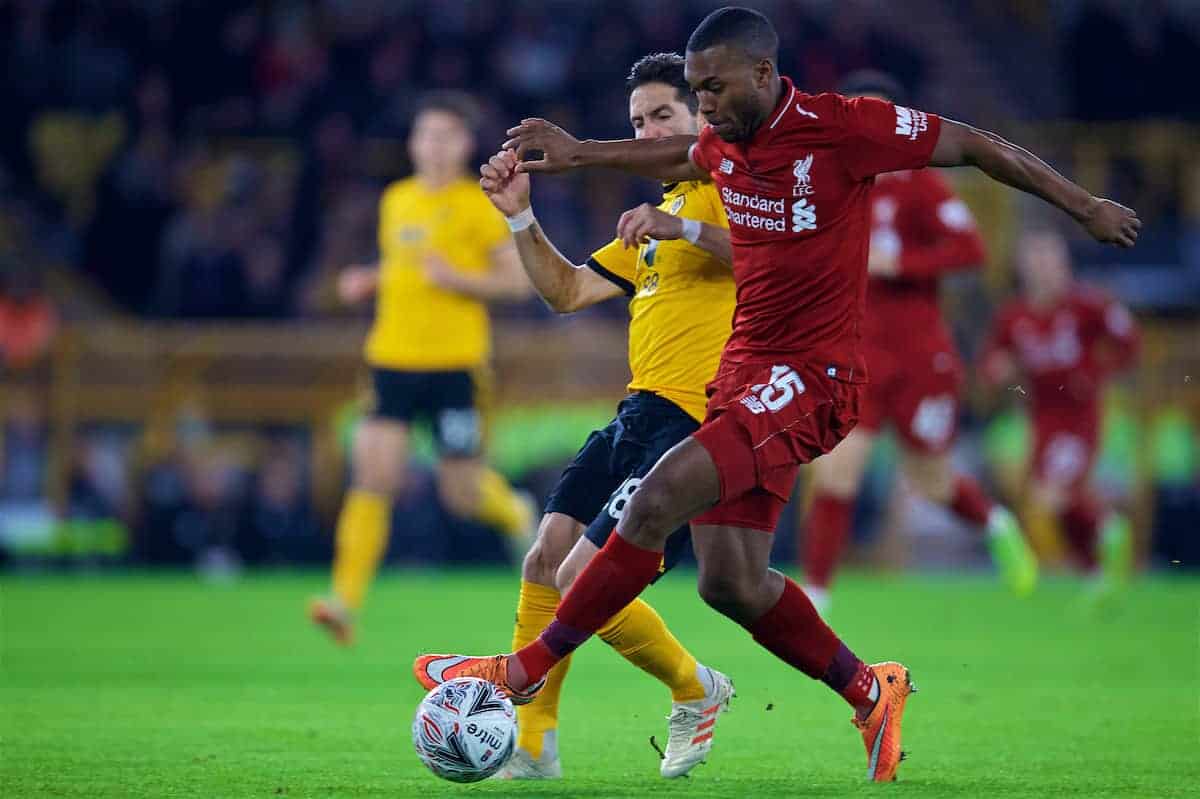 A heavily rotated Liverpool side including three debutants fell to a 2-1 defeat to Wolves in the third round of the FA Cup on Monday night.

Liverpool began their fourth competition of the season with a trip to Wolves in the FA Cup, and after a rigorous winter run Jurgen Klopp made nine changes, as Rafa Camacho and Curtis Jones made their debuts.

This presented an unpredictable opponent for Nuno Espirito Santo’s Wolves, who had already lost 2-0 to Liverpool in December but surged to a 3-1 victory over Tottenham soon after.

Whether the Reds should go all out in the FA Cup was up for debate in the buildup, but ultimately a mixed approach saw the home side pounce and ensure their exit. 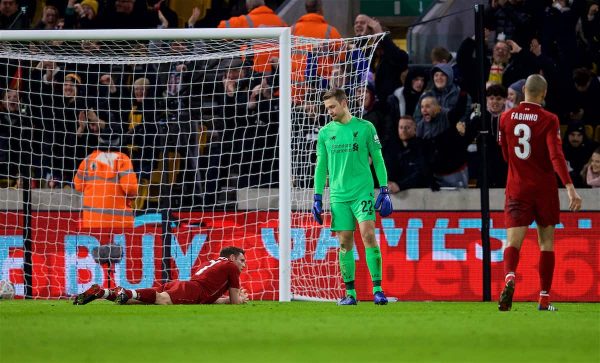 One of just two players to keep his place from the loss at the Etihad four days previous, Dejan Lovren pulled up with an injury within minutes, forcing Klopp to hand 16-year-old Ki-Jana Hoever his debut.

The summer signing from Ajax struggled in the opening stages as Wolves applied pressure down their left flank, with James Milner required to pull double duties in midfield and defence as he protected Hoever, Fabinho and Camacho.

Klopp’s changes made for a disjointed first half that saw the hosts exploit a lack of chemistry between the likes of Jones and Alberto Moreno, with Simon Mignolet slightly busier than his opposite number John Ruddy.

A bizarre attempted turn from Milner and a missed tackle from Fabinho allowed Wolves through with less than 10 minutes to go, and with Hoever unable to make up the ground, Raul Jimenez fired a clinical finish beyond Mignolet for 1-0.

Klopp sent his side out early after the break, and having made no further changes he will have been relying on his words in the dressing room to inspire a dramatic improvement.

A measure of luck and a brilliant finish from Divock Origi restored parity, with the Belgian collecting Milner’s blocked shot and sending a searing strike past Ruddy within six minutes of kickoff.

It didn’t last long, however, as soon after Ruben Neves picked up the ball 30 yards from goal and struck a wonderful, trademark effort that left a flailing Mignolet stranded.

Xherdan Shaqiri, who had been frustratingly quiet for over an hour, almost levelled the scores again with a sensational free-kick, only for the fingertips of Ruddy to push it onto the post.

Klopp then opted to send on both Mohamed Salah and Roberto Firmino, but though Liverpool improved on their introduction they were unable to claw back for a result.