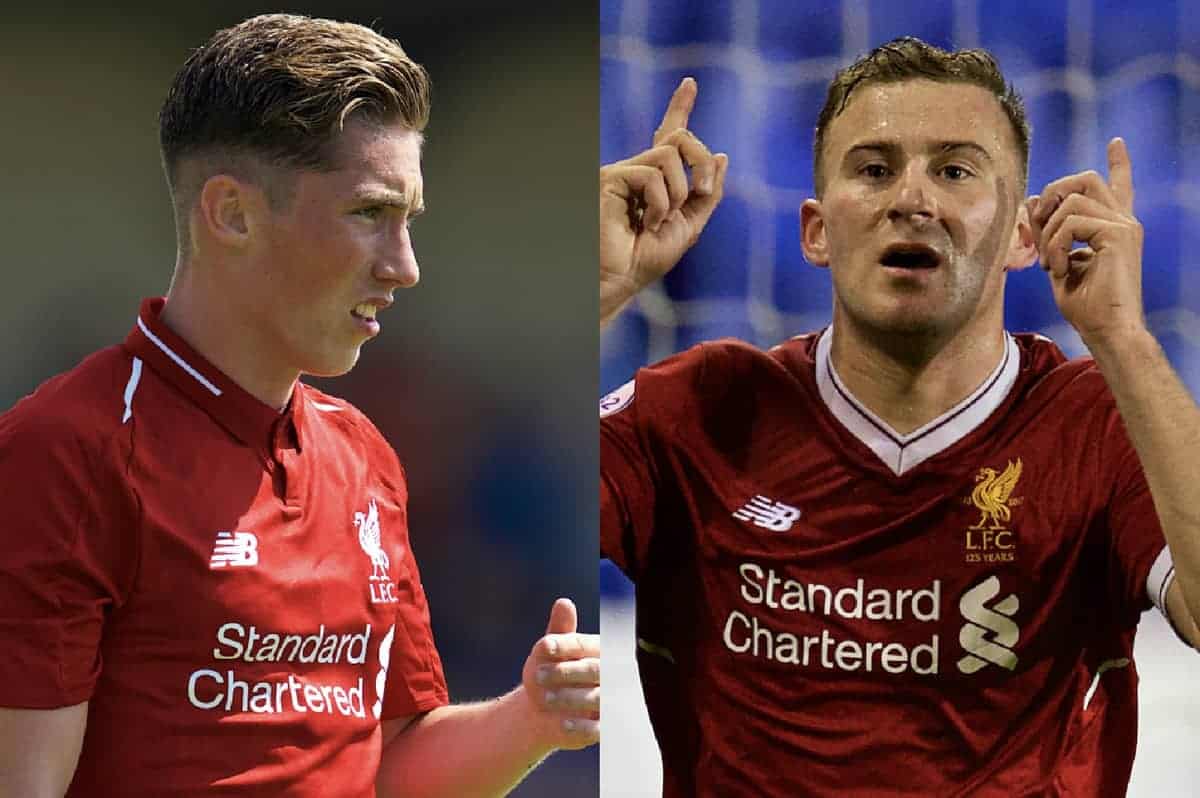 Though Liverpool are not in action this weekend, 11 loanees are set to take to the field in England and across Europe, including those in the FA Cup fifth round.

The Reds are set to return from Marbella ahead of next week’s clash with Bayern Munich in the Champions League, following a productive four-day training camp.

With the likes of Alex Oxlade-Chamberlain, Rhian Brewster, Nat Phillips and Ben Woodburn joining the squad in Spain, morale has been boosted and those recovering from injury allowed time to reintegrate.

As the Premier League takes a break, the focus can instead turn to Liverpool’s loanees, with Harry Wilson and Herbie Kane given a big opportunity to prove themselves.

The pair are both likely to start as the fifth round of the FA Cup gets underway, and will do so against top-flight opposition.

Derby take on Brighton in an early kickoff on Saturday, with Frank Lampard’s side looking for another big scalp after knocking out Southampton in the third round.

Wilson was instrumental in a dramatic comeback victory in the replay of that tie, scoring one and assisting one before a penalty shootout secured progress.

The Welshman has directly contributed to 16 goals for the Rams so far this season, and the only Liverpool loanee to have a hand in as many for their side is Kane.

Kane was both scorer and provider in Doncaster’s 3-0 victory over Southend United on Tuesday night in League One, but on Sunday he will be given a much bigger test as Rovers host Crystal Palace.

This is the first time Doncaster have been in the FA Cup‘s fifth round since 1956, but they have never reached beyond this stage in their 140-year history.

It will be a difficult afternoon for Kane and his team-mates, but the Dons are on a run of five games unbeaten, and the 20-year-old can be confident of a surprise result at the Keepmoat.

“It’s going to be a massive challenge and I love that,” he told the Sheffield Star.

“It’s a chance to see where I’m at right now and hopefully I can prove myself and get a chance one day.”

One loanee who is unlikely to play this weekend, however, is Pedro Chirivella, whose time at Extremadura UD in the Segunda Division has already been troubled.

The midfielder, whose last competitive first-team game came with Willem II in May, is unable to turn out for his current club due to a dispute with the Royal Spanish Football Federation.

According to the Evening Standard‘s David Lynch, there is a problem with Chirivella’s registration at Extremadura, which could see him require a tribunal to receive clearance to play.

Liverpool are said to be “comfortable that their end of the agreement will stand up to scrutiny,” and also “confident that a resolution will be found.”

But either way, this is not an ideal start to life in the Spanish second tier for Chirivella, who has already missed two games and will likely sit out of Saturday’s trip to Elche.

Elsewhere this weekend, Kamil Grabara will aim to build on a clean sheet in his Danish Superliga debut when AGF Aarhus visit SønderjyskE on Friday night.

And Liam Millar can look forward to a big test as Kilmarnock host title rivals Celtic in the Scottish Premiership.

Allan Rodrigues could be officially unveiled by Fluminense in the coming days, as he awaits international clearance for his second loan switch of the season.