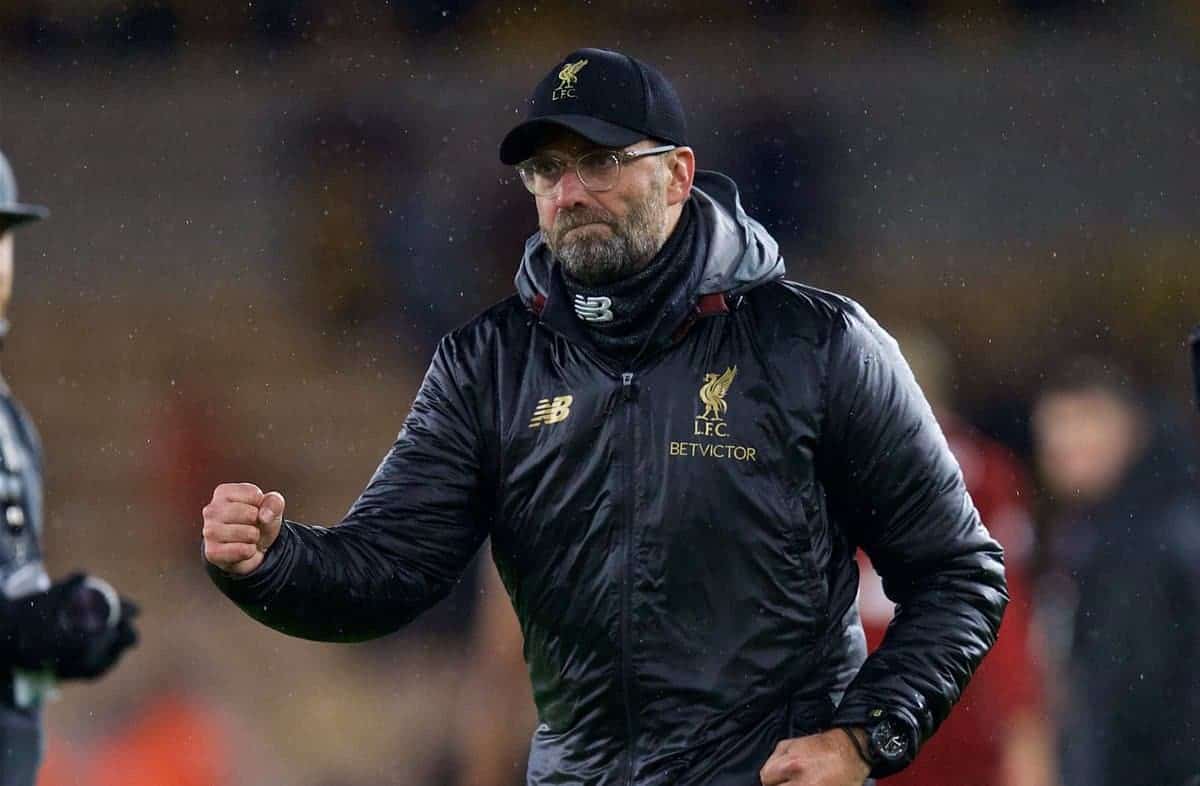 Liverpool manager Jurgen Klopp insists he has not considered the prospect of having to win their final 11 matches to lift the Premier League title.

The goalless draw against Manchester United at Old Trafford on Sunday lifted his side back above Manchester City into top spot with a one-point lead.

After three draws in their last four league matches, Liverpool cannot afford many more dropped points but Klopp said maintaining a perfect record from now until the end of the season had not come into his thinking yet.

“We don’t have to look that far. It’s so positive, and if you now only judge the moment and see the opportunity, then everything is fine.

“But if you always look one week back, two weeks back, three weeks back, where we drop points or we concede goals, and you talk like ‘we have to win’ instead of ‘we can win’, then that makes life a little bit more uncomfortable.

Klopp’s side have struggled to break down sides in recent games, including Bayern Munich in the Champions League where they were held to another goalless draw last week.

They have scored more than once in a match on only one occasion – the 3-0 win over Bournemouth – in the last five fixtures as opponents have become better at shutting out the front three of Mohamed Salah, Sadio Mane and Roberto Firmino.

Klopp, however, is not concerned.

“The world changes constantly, the football world too. And the new awareness of Liverpool changed a lot of things, but that didn’t hold us back in the season so far,” he added.

“We always had solutions in pretty much all of the games. We fight for results, that’s what we have to do. The boys do that and so I am fine with that.”