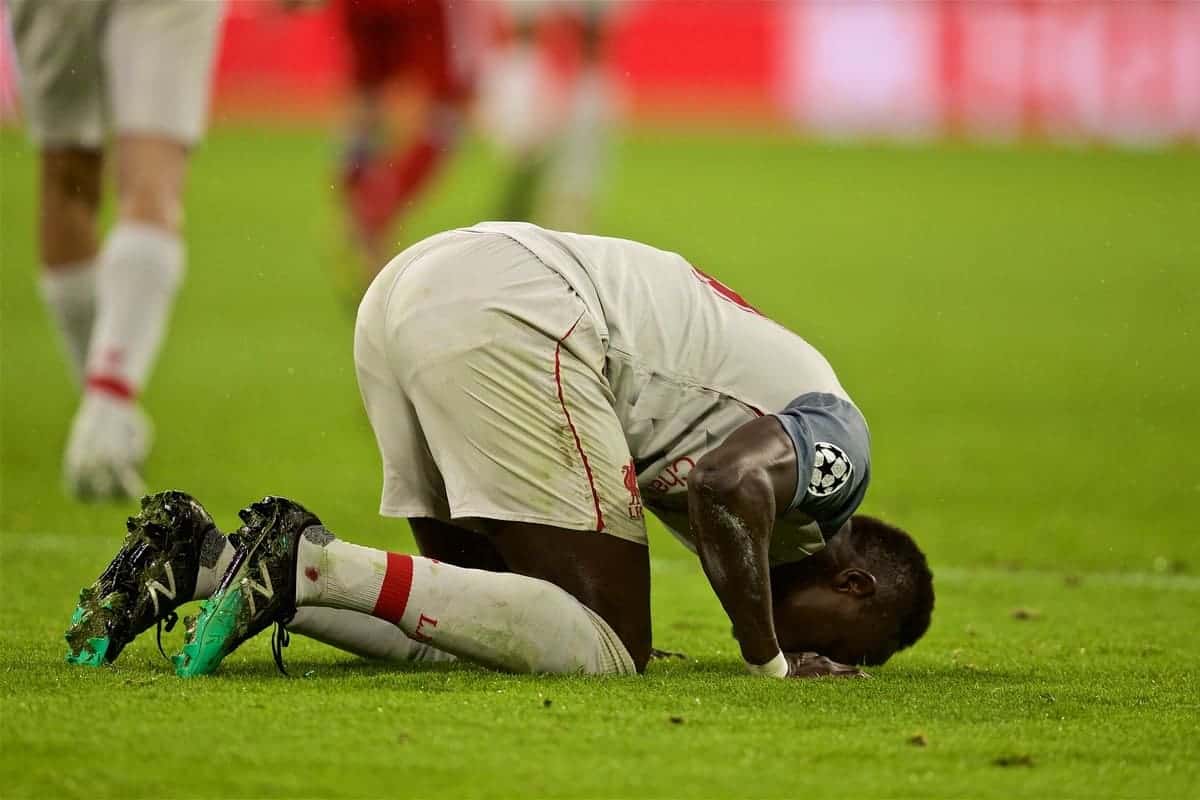 Following Liverpool’s emphatic 3-1 victory over Bayern Munich, we have picked out a number of eye-catching statistics from the game.

The Reds secured a memorable result on Wednesday night, overcoming the Bundesliga giants with relative ease to reach the Champions League quarter-finals.

Sadio Mane‘s double and Virgil van Dijk‘s header got the job done, even though Joel Matip‘s own goal levelled the score after Mane’s superb opener.

It was the latest proof of the meteoric strides made under Jurgen Klopp, with Liverpool set to go deep in both the Premier League and Champions League this season.

Here are some of the best stats from Liverpool’s latest European triumph.

Mane’s Incredible Away Record in Europe

Mane is in supreme form at the moment, scoring 10 goals in as many matches and proving to be the Reds’ most important attacking player.

His double on Wednesday made all the difference and his aforementioned first of the night was a Goal of the Season contender.

Remarkably, Liverpool haven’t played a game in which Mane hasn’t scored one of their goals for just over two months, according to analyst Andrew Beasley (@BassTunedToRed).

That dates all the way back to January 12, when Klopp’s men ran out 1-0 winners at Brighton, thanks to Mohamed Salah‘s penalty.

Mane has also now scored seven away goals in the Champions League—the most from a player in Liverpool’s history, including in the European Cup.

We are starting to run out of superlatives for Van Dijk.

The centre-back has been comfortably Liverpool’s Player of the Year and he seems to be getting better with each game that passes.

The 27-year-old was his usual imperious self at the Allianz, dominating Robert Lewandowski and even scoring at the other end.

Van Dijk won 100 percent of his aerial duels and tackles, made five clearances and three interceptions, and registered a goal and an assist—the first defender to achieve the latter two feats in the same game this season.

He is the first Liverpool player to do so away in the knockout stages of the Champions League since Craig Bellamy in 2007, according to Opta.

Not a bad night at the office, away to one of Europe’s true powerhouses. Truly world class. 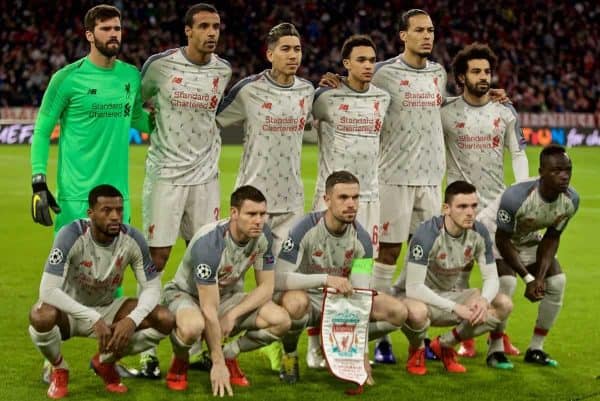 Bayern may not quite be the team that defeated Klopp’s Borussia Dortmund back in 2013, but getting past them was always going to be a big ask for Liverpool.

Despite the plethora of attacking talent they possess, however, from Lewandowski to Franck Ribery, they found it almost impossible to breach a sturdy Reds back line.

Over the two legs, they managed just two shots on target in 180 minutes, as Liverpool rarely looked troubled at any point.

One of those was a comfortable save by Alisson from David Alaba’s free-kick, while a tame Lewandowski effort was the other.

Salah has lost his goalscoring touch of late, not finding the net in any of his last six appearances for Liverpool.

Although he was below-par in the forgettable goalless draws at Man United and Everton, he has still been playing very well in general, proving influential.

The Reds’ No. 11 was a menace throughout against Bayern and his beautiful outside-of-the-foot cross allowed Mane to head home his second goal late on.

It means Salah has a combined total of 28 goals and assists this season—20 goals, eight assists—with only four players in Europe enjoying a better tally.

Karim Benzema has 30 to his name, former Liverpool forward Raheem Sterling has 35, Cristiano Ronaldo is second on 36 and Lionel Messi leads the way with a freakish 56.

Klopp may be mocked by rival supporters for supposedly being a ‘bottler’ in major finals, but they are kidding nobody.

While the German has admittedly fallen short too often in showcase events of late, his record in Europe at Liverpool is sensational.

This is the third European campaign Klopp has taken charge of at Anfield and he is still yet to lose a single two-legged knockout tie.

He reached the Europa League in 2016, the Champions League final two years later and is on course to do the same this time around.

What an incredible manager Liverpool have.

And One More for Fun…

Van Dijk is earning acclaim from all corners of the footballing world, with many shocked by just how dominant his performances are.

This ‘stat’, courtesy of owner John W. Henry, nicely sums up the impact the former Southampton man is having at Anfield…