Jurgen Klopp has made three changes to his Liverpool lineup for the Premier League game at Cardiff City on Sunday.

The Reds secured passage to the Champions League semi-finals in midweek, dispatching of Porto to make the last four for a second consecutive season.

It’s all eyes back on the domestic challenge now though, after Man City went back to the top on Saturday with a narrow win over Spurs. It means the Reds must keep on finding victories of their own if they are to end their long wait for a title.

To that end, Klopp has reverted to what has been the strongest XI in recent weeks as Liverpool look to do the double over Neil Warnock and Cardiff.

In goal and defence it’s business as usual: Alisson between the sticks with Trent Alexander-Arnold, Joel Matip, Virgil van Dijk and Andy Robertson ahead of him.

Gini Wijnaldum remains in place in midfield, while Jordan Henderson and Naby Keita come back into the starting lineup alongside the Dutchman.

Given Henderson’s recent form when utilised further forward in midfield, it will be interesting to see whether he or Wijnaldum is given the nod to start as the No. 6.

And in attack, it’s the usual trio of Mohamed Salah, Roberto Firmino and Sadio Mane who start. 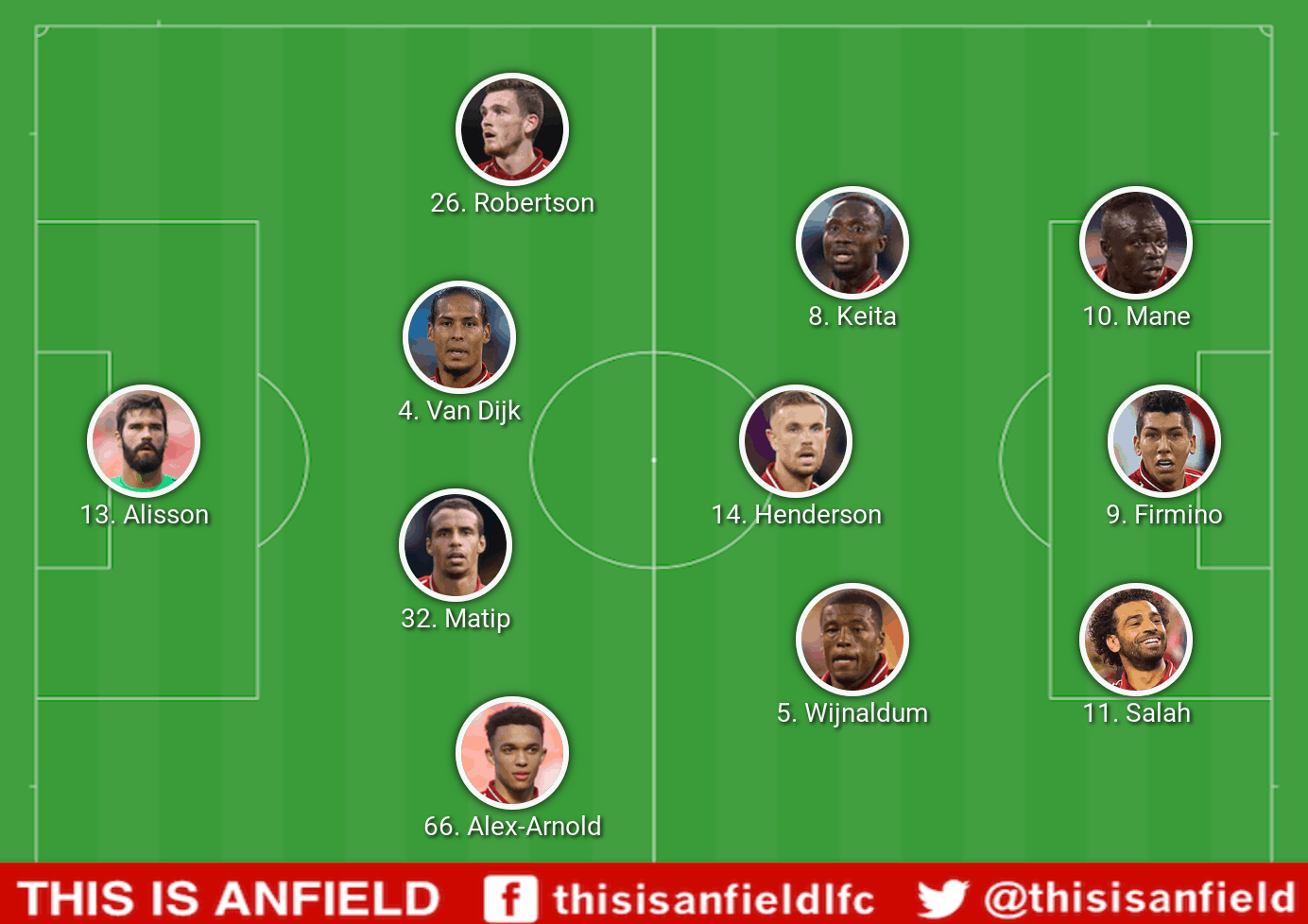 An impressive-looking bench is also available to Klopp, with Joe Gomez again providing the defensive option, while both Daniel Sturridge and Divock Origi are available up front.

Oumar Niasse leads the line, while key centre-back Sol Bamba is absent through injury for the remainder of the campaign.