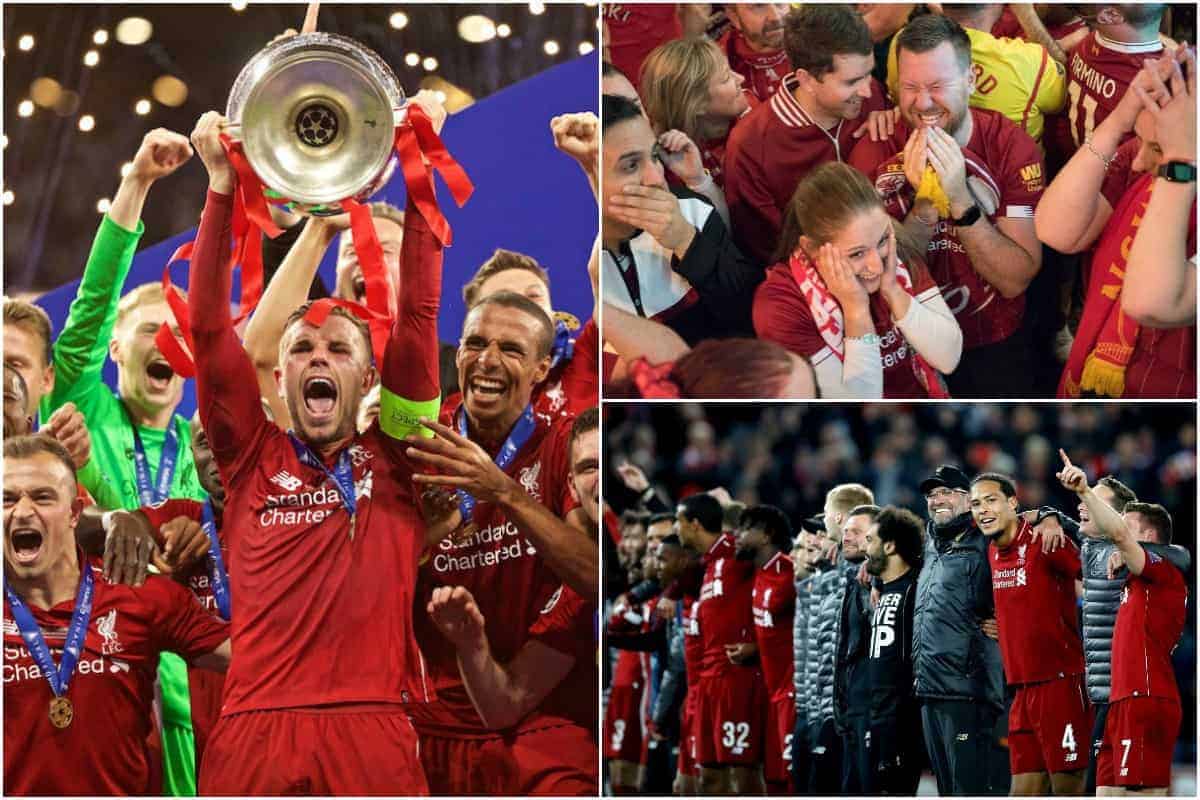 Liverpool’s journey to their sixth European cup was a moment to savour for millions of supporters around the world.

The Reds’ road to the Champions League final was anything but straightforward as near misses, late winners, historic comebacks and collective celebrations were the theme of the campaign.

For much of Liverpool’s journey to Madrid, however, eyes had been firmly focused on the Premier League title charge as an elusive piece of silverware was within reach.

It meant the battle on the continent came as a release to the pressure valve; that was until the competition entered its most crucial stage and the league was firmly out of Liverpool’s hands.

It was a stage which saw Jurgen Klopp’s side come alive and provide memories and moments to savour for a lifetime for fans from Africa and Indonesia to the United States and Australia—and everywhere in between.

A global fanbase united by one football club.

Never has the club, the players and the fans felt so in sync and in tune with one another, grounded within a foundation of a collective desire to fulfil the hopes and dreams shared by the other.

It is a symbiotic relationship assistant coach Peter Krawietz feels is rarely seen elsewhere in football: “There are not a lot of clubs in the world where you can make this—winning titles and having so much togetherness with the team and the fans.”

It showcases that Liverpool does in fact ‘mean more’, not just to hundreds or thousands of fans but to millions both near and far from the club’s home at Anfield.

The historic 4-0 win over Barcelona ensured the triumph in Madrid was possible in large part thanks to the 12th man, as the post-game renditions of You’ll Never Walk Alone attest.

And both of those games elicited the feeling of euphoria which is rivalled by few other things in life.

The unbridled joy, the tears shed and the hugs shared were a collective experience enjoyed by Liverpool fans in every corner of the globe as the Reds’ season ended with Jordan Henderson proudly lifting Ol’ Big Ears.

Fans in Africa and Thailand even replicated Liverpool’s trophy parade in another reminder of the power and unity of the fanbase and how football and the Reds transcend all boundaries.

With everyone associated with the club pulling in one direction, these are undoubtedly some of the best moments of any Liverpool fans’ life—especially those of a younger generation.

The scenes of a sea of red being broadcast from around the world provide the sense that the Reds are almost unstoppable.

There’s an unwavering belief within the squad and in the manager which is mirrored by the supporters, creating a force to be reckoned with at home and in Europe.

The future has never looked so bright.