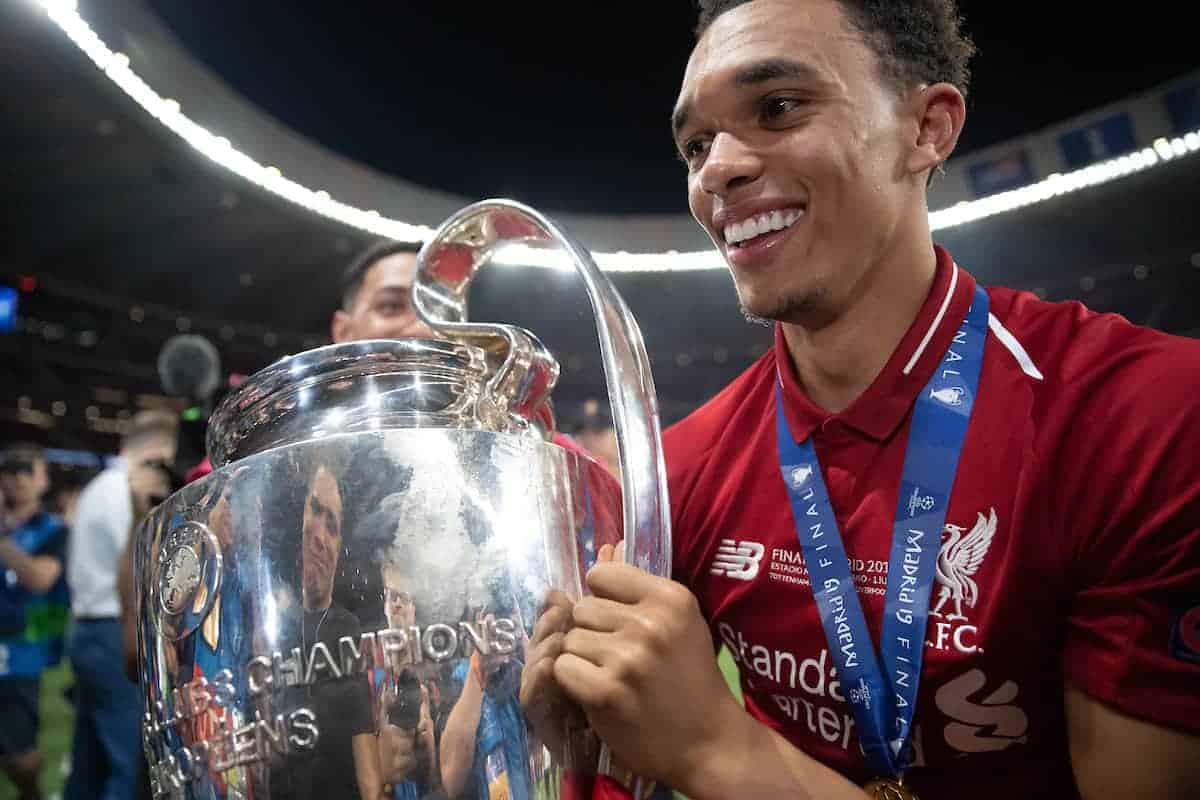 Trent Alexander-Arnold made history by becoming the youngest player to start back-to-back Champions League finals—now his sights are set on the future.

The right-back has been an integral part of the team over the last 18 months and has become a more consistent performer under Jurgen Klopp.

Still only 20 years of age, there’s more growth left in his game and plenty more time to win titles, but silverware is just one aspect in his career where the defender sees progress to be made.

In keeping with his mature and determined persona which fans have grown accustomed to seeing over the past year, Trent has highlighted three key milestones he wants to achieve in time.

Alexander-Arnold spoke to Sky Sports of following the likes of Jordan Henderson and Steven Gerrard in two of those targets, but the third would be entirely his own standing in the game.

“I am fortunate to have the people around me who understand the balance between letting me get comfortable, praising me too much and feeding that hunger that needs to be there in terms of wanting to strive to be better, wanting to be one of the best players in the world, the best right back in the world, being the first name on the team-sheet, wanting to be Liverpool captain, wanting to be England captain.

“That’s the main thing for me. It’s not selfishness to think this is what I have done, it is about what the team has done and is doing. It is we and not I. We have achieved things as a team.

Reds fans will have no surprises with the news that Trent wants to captain the Reds, given we see his incredible passion and pride at playing for the shirt every week. 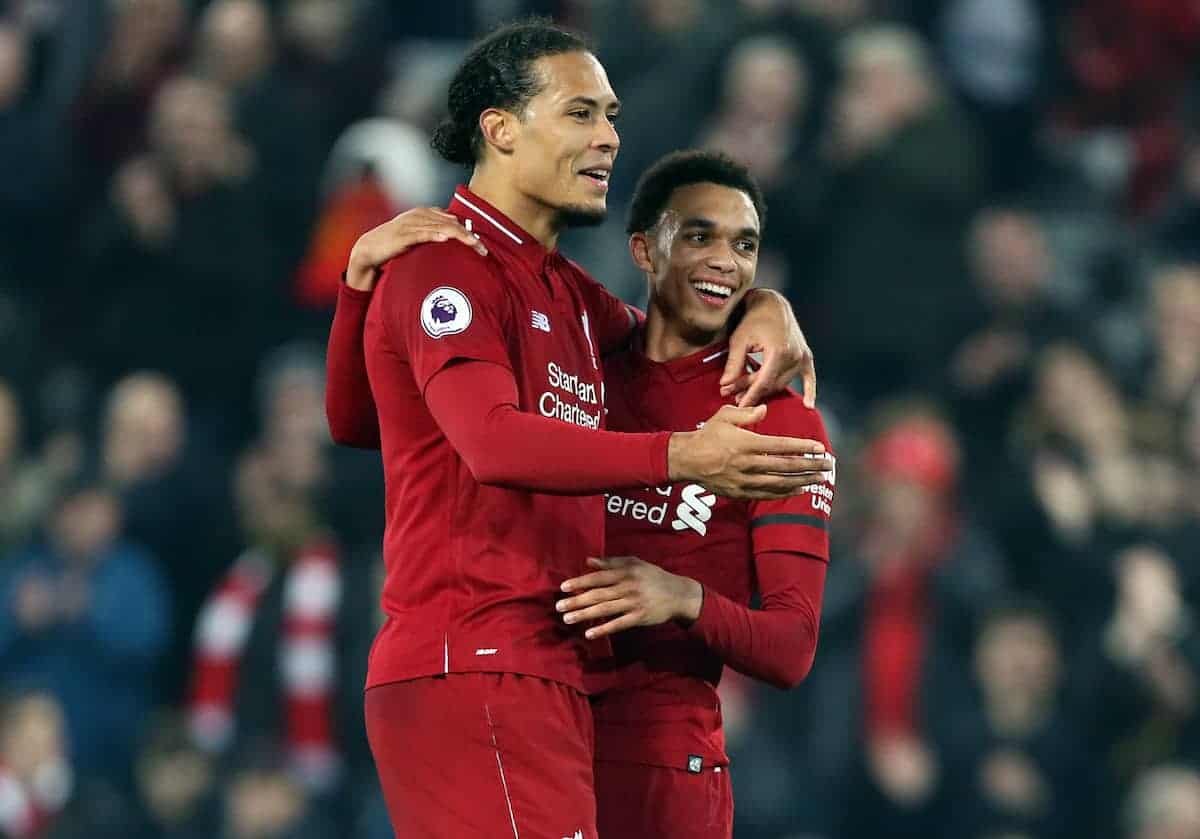 His memorable celebrations, his rapport with Kopites and his local upbringing all make him a massive candidate for future captaincy—and he’s learning from plenty of inspirational figures, with the likes of Virgil van Dijk in defence with him.

Ability-wise, Trent is very evidently on the path to being considered one of the best around, too.

There’s more to come in terms of consistency, perhaps defensive positioning and technical defensive work, but his selflessness, pace and stamina all ensure he rarely shirks his duties off the ball.

Added to his massive threat in the final third and his penchant for claiming assists and he’ll soon be rightly noted as one of the finest attacking full-backs in the game, if he’s not already.

As for the team and what he can achieve with Liverpool, Trent says the two successive Champions League finals are not the peak, but the promise. 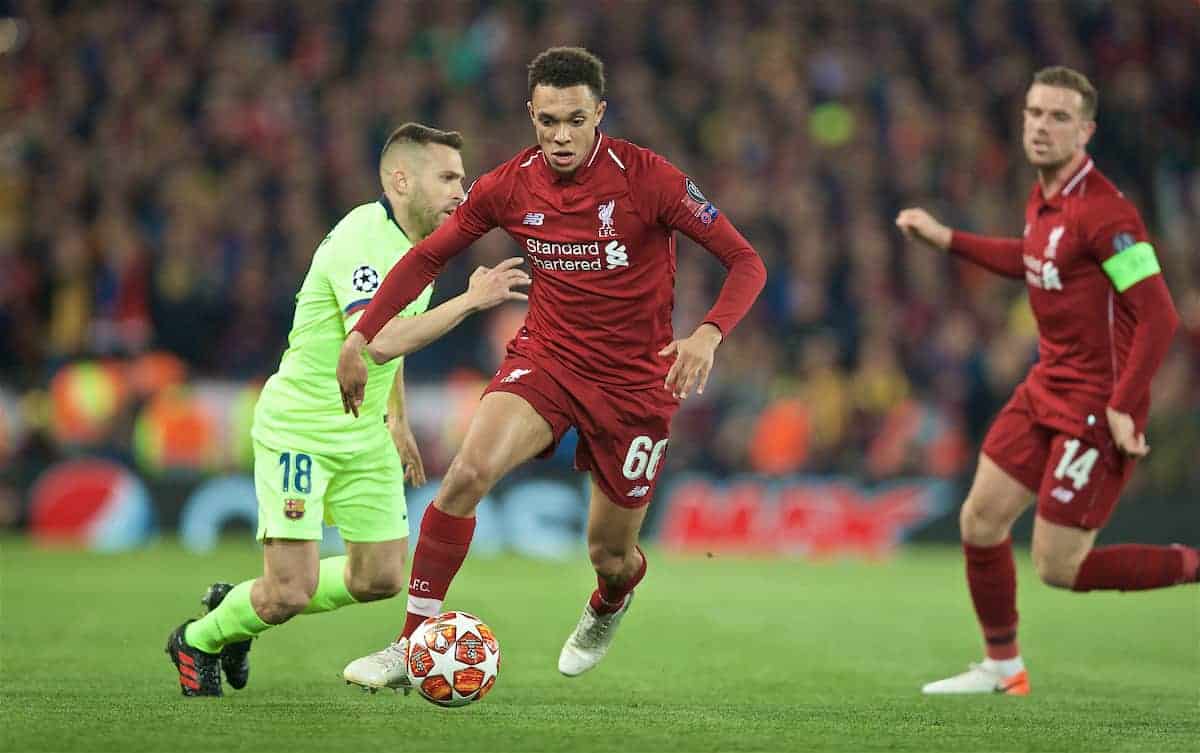 “It shows the quality in the team to final twice in a row.

“Istanbul feels like yesterday and we want to create the same kind of memories for the next generation that are coming through.”

Reds supporters everywhere will only continue to be impressed by his determination to improve, and few would doubt he’ll get to skipper the side on the odd occasion over the coming campaigns.

And longer term? Don’t bet against Alexander-Arnold being the very face of the club.