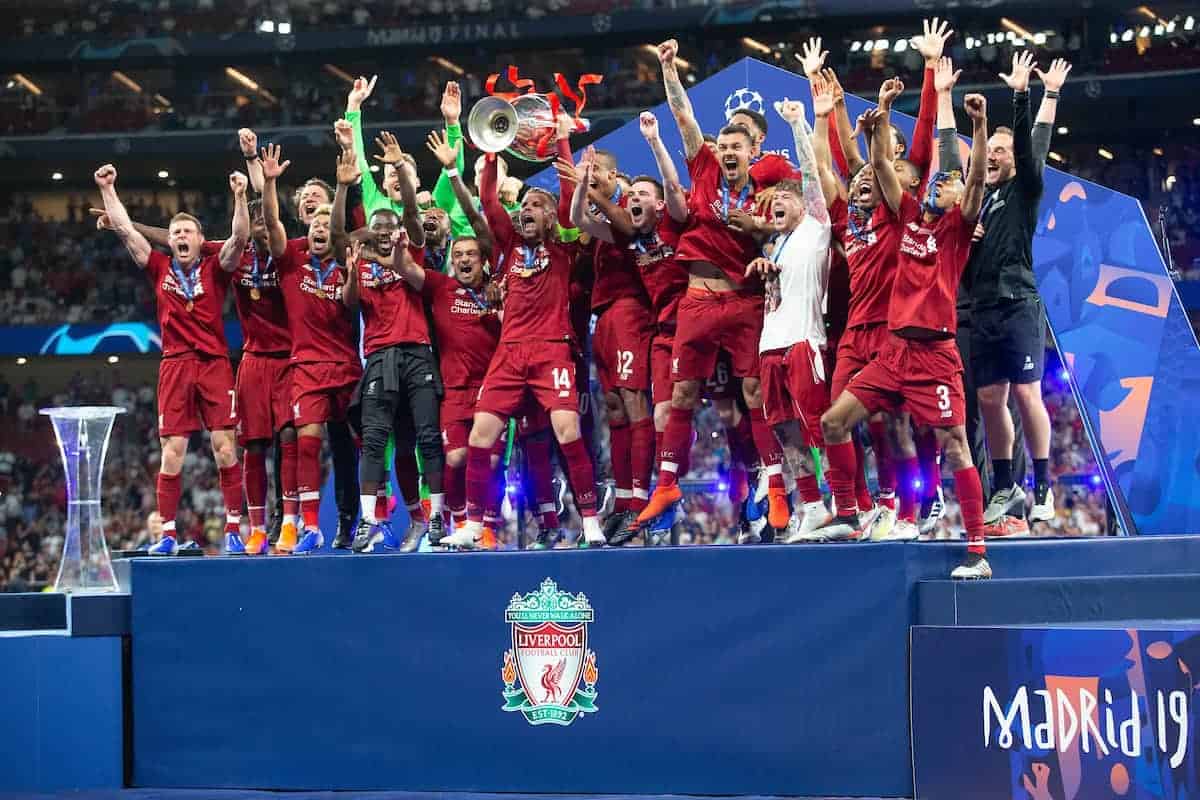 Liverpool today learned their route through the Club World Cup in Qatar in December—though all teams competing are yet to be confirmed.

Having secured the Champions League title in June, the Reds have already since gone on to reassert their European dominance by winning the UEFA Super Cup.

The next trophy opportunity will be that of world domination—well, sort of—with the intercontinental challenge awaiting Jurgen Klopp and his squad in winter.

And the first obstacle for Liverpool to overcome in Qatar will more than likely be
Mexican side CF Monterrey, after Monday’s draw saw Michael Owen paired the Reds with the Liga MX side.

The convoluted nature of the competition means the Reds only come in at the semi-final stage, with either three or four games to be played before our first fixture.

One other point to note from the draw was that the Reds will play their semi-final on 18 December, one day after the Copa Libertadores winners—as yet unknown—play their own last-four encounter.

The final is on 21 December.

Monterrey have one game to navigate before they are confirmed as Liverpool’s opponents in the semi-finals; they will play the winners of Match 1, which is contested between Al-Sadd of Qatar and Hienghene Sport of New Caledonia.

That said, if Al-Sadd win their Continental title, it will be the AFC Champions League runners-up who instead face Hienghene Sport.

In either case, the Mexican side should prove too strong for either challenger, assuming they play a full-strength side, though they have started the 19/20 Apertura season in uneven form at best.

Should Liverpool defeat the Mexicans—or a surprise alternative—in the semis, the most predictable outcome is that they face the Libertadores winners in the final, though again there are unknown quantities still at play on that side of the draw.

The Libertadores has reached the semi-final stage and we now know one Brazilian and one Argentinian side will be in the final: Flamengo face Gremio and Boca Juniors play River Plate.

On domestic form, Flamengo and Boca are the current favourites to win their respective last-four ties.