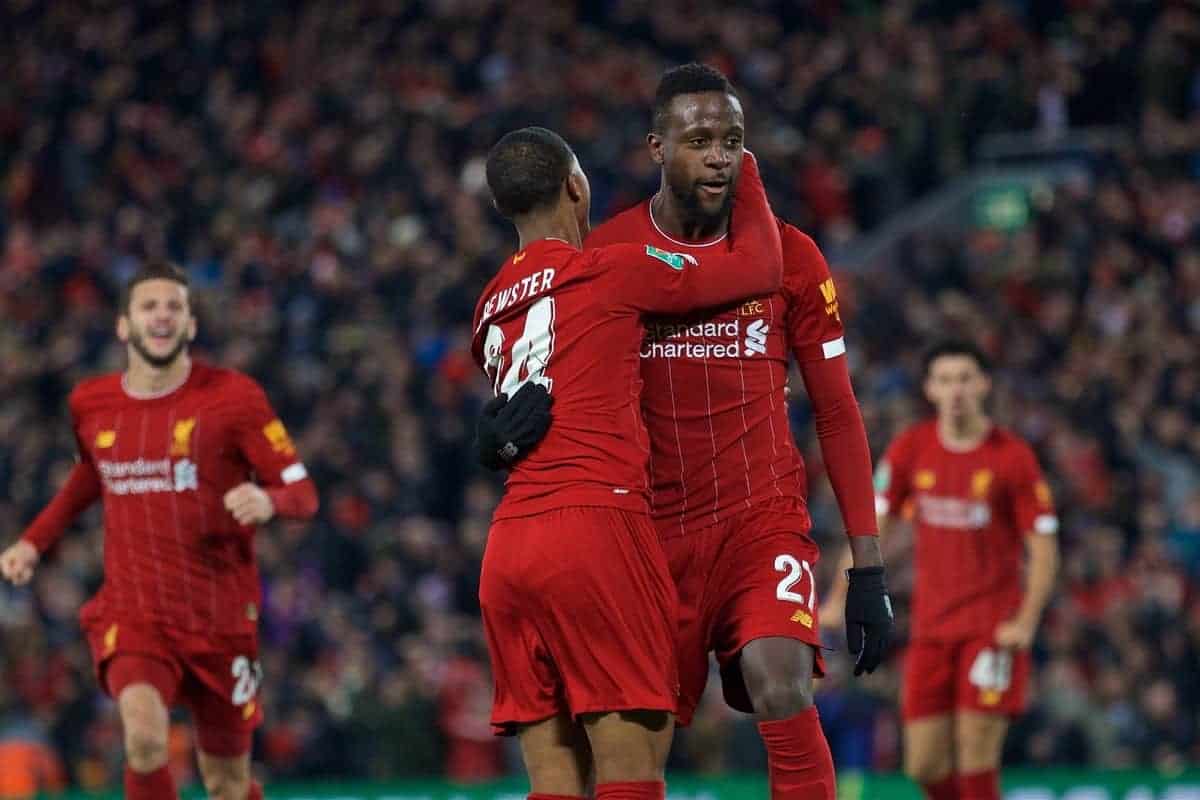 Liverpool won 5-4 on penalties at home to Arsenal on Wednesday night, after a 5-5 classic in the League Cup fourth round.

Yes, you read that scoreline correctly!

An unforgettable evening on Merseyside saw the Reds book their place in the quarter-finals, showcasing their winning mentality once again.

Shkodran Mustafi’s own goal opened the scoring, before Lucas Torreira and a Gabriel Martinelli double put Arsenal 3-1 up.

Alex Oxlade-Chamberlain‘s stunner and Divock Origi‘s strike made it 4-4 and Joe Willock put the Gunners back in front, only for Origi to equalise in stoppage time.

It was left for substitute Curtis Jones to fire home the winning penalty in the shootout, after Caoimhin Kelleher denied Dani Ceballos.

Here we compare our player ratings with those from the Liverpool Echo, the Mirror, the Independent, ESPN, The Redmen TV and the TIA readers. 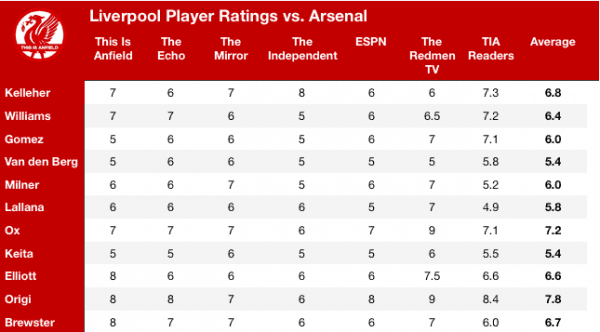 Origi (7.8) was seen as Liverpool’s star man in the average ratings.

The Belgian yet again popped up with two vital goals, taking them brilliantly, as well as firing home his penalty in the shootout.

This is Anfield’s Henry Jackson claimed that “cult hero probably doesn’t do it justice anymore” when it comes to Origi, on a night when he was worth his weight in gold.

Ian Doyle of the Echo felt the 24-year-old was “far, far better” in the second half, even describing his goals as “incredible.” 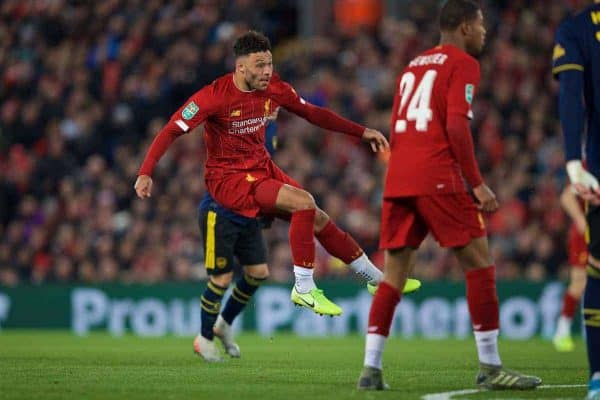 Alex Oxlade-Chamberlain (7.2) was second in the running, as he impressed against his former club, scoring a stunning effort in front of the Kop.

ESPN’s James Capps did point out that his “overplaying in midfield” eventually allowed Lucas Torreira to make it 1-1, though.

Caoimhin Kelleher (6.8) took home the bronze on his first-ever appearance at Anfield.

The 20-year-old may have conceded five goals, but he arguably wasn’t at fault for any of them and he was a hero in the shootout.

Jackson thought the Irishman was “confident on the ball,” producing the kind of quality in possession that Alisson would have been proud of.

In terms of the worst performer, Naby Keita (5.4) was the unfortunate man in question, with Doyle saying he lost possession in “dangerous positions” and Capps admitting he “needs to show more” to replace Jordan Henderson or Gini Wijnaldum.

Next up for Liverpool’s is Saturday’s Premier League clash away to Aston Villa.

Klopp should make huge changes to his personnel once again, bringing back the big guns.