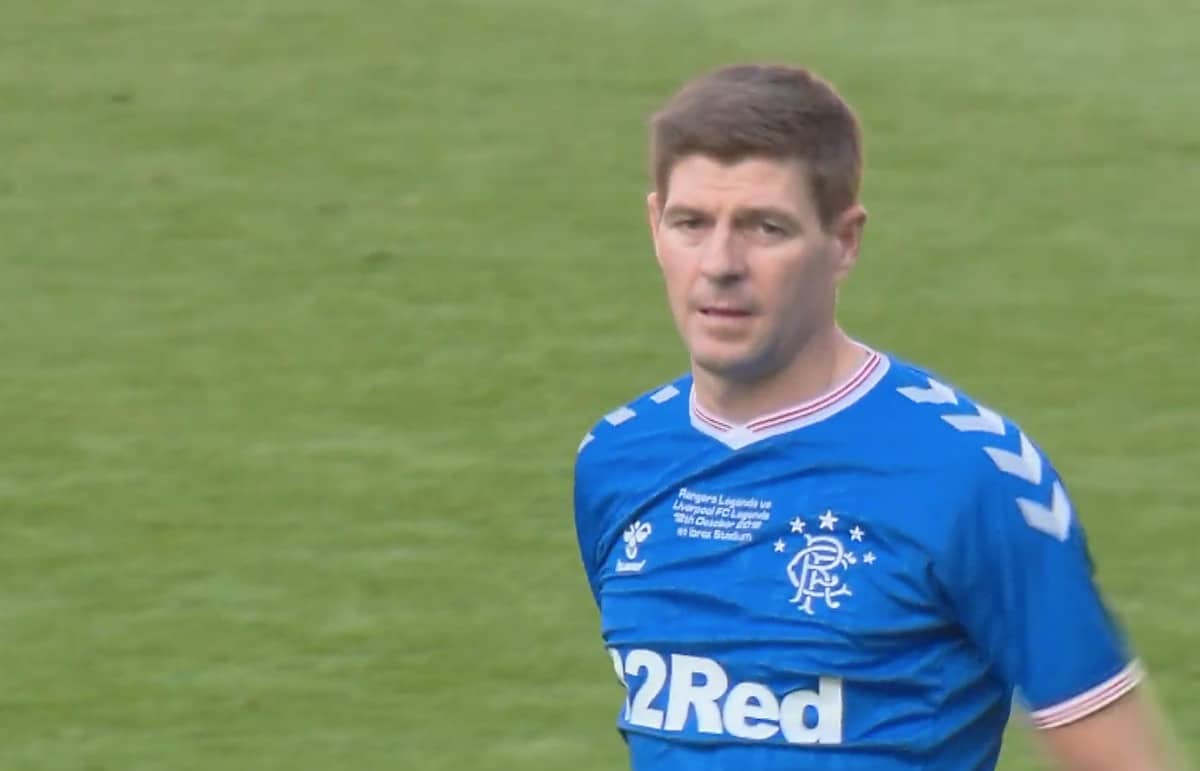 A Liverpool Legends XI was in action against Glasgow Rangers at Ibrox on Saturday afternoon, with Steven Gerrard appearing for both sides!

Gerrard, now, of course, the Rangers manager, played the first 75 minutes for the Reds, before switching to the blue of the home side for the final 10 minutes.

It meant the strange sight of Gerrard up against Jamie Carragher, while also playing in centre-midfield alongside Charlie Adam – giving us flashbacks to nightmare Anfield days of eight years ago.

The game itself started as a goal-fest, with five inside the opening half an hour.

Luis Garcia headed the Reds in the lead from close range from a Dirk Kuyt cross, and Patrik Berger doubled the advantage after a driving run from Gerrard in the middle.

Kris Boyd brought one back for the hosts, before Gerrard played in Emile Heskey for the frontman to produce a nice dinked finish over the keeper.

Peter Lovenkrands then made it 3-2 and we’d only played 28 minutes.

The rest of the match, though, produced no more goals – despite Liverpool testing the Rangers keeper numerous times in the second half.

It was nice to see the likes of Jose Enrique again involved after his recovery from cancer, plus Chris Kirkland in goal after his mental health issues.

The match, as ever, was raising funds for the LFC Foundation, Liverpool’s official charity which delivers a range of programmes and partnerships to create life-changing opportunities for children and young people across the Liverpool City Region and worldwide.