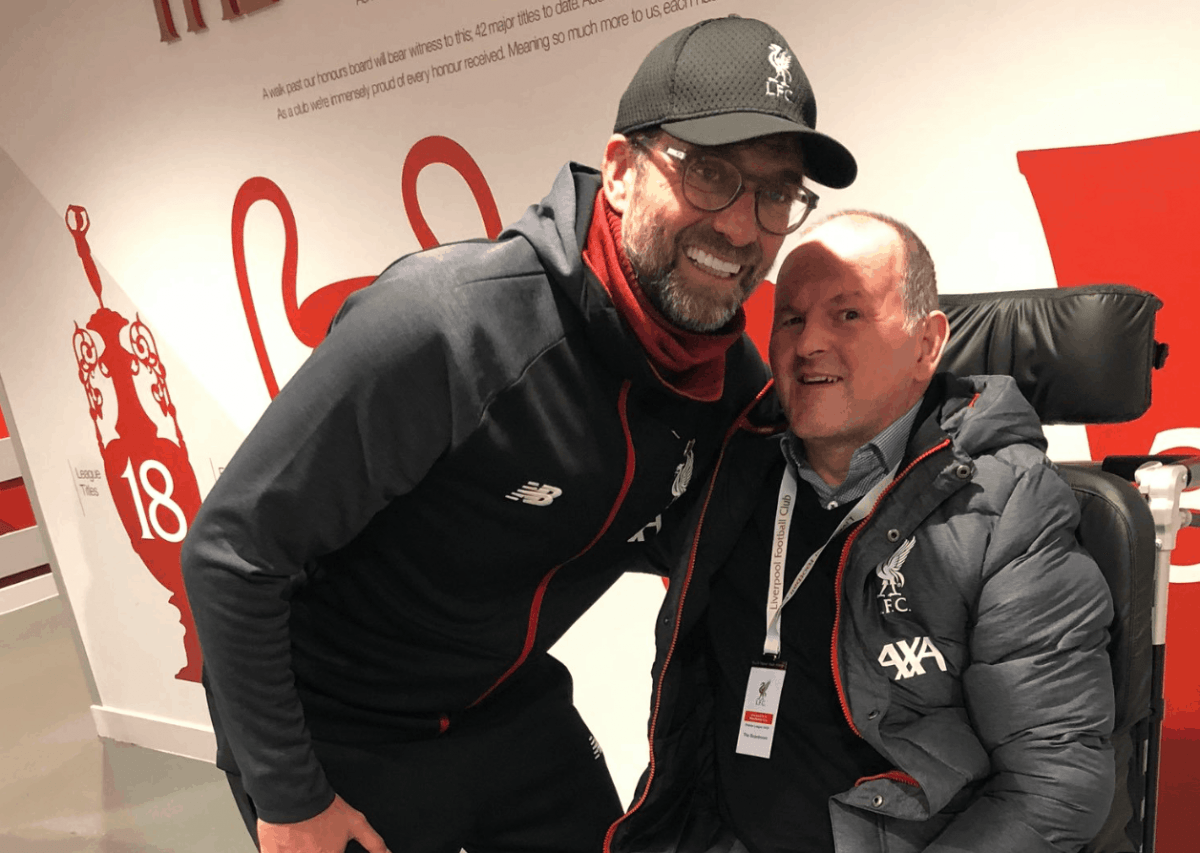 Cox made a return to Anfield for Sunday’s meeting with Man City for the first time since sustaining life-changing injuries after being attacked by Roma fans ahead of the Champions League meeting in April 2018.

The 54-year-old has since spent the last 18-months receiving treatment in both Ireland and England, where he now resides in Sheffield as he continues to receive specialist care.

The club invited Cox and his family to be guests for the meeting with City and prior to the game, Klopp had firmly stated his desire to meet him, acknowledging his presence as one which would be a key highlight of his tutelage at the club to date.

“The love that Sean and his family has for this club, and for football, I hope that it gave them all strength and hope in the recovery time,” Klopp said in his pre-match press conference.

“That he wants to do that, for me, coming from a really low point, is one of my highlights since I’m here.”

And after the Reds had dispatched Pep Guardiola’s side to the tune of the 3-1 the pair did get to meet, and it was “very, very nice” moment for the duo and for his players as well.

“A wonderful day for him. If he can move to Liverpool, he gets a season ticket. It was really important news for all the boys.

“He was an important presence for the team.”